The Utes demolished the Ducks recently, laying hints at what could happen in the Pac-12 championship game. And while we don't see another blowout on deck, the overall result might not be much different — find out why with our Oregon vs. Utah picks.

Utah and Oregon meet at Allegiant Stadium Friday night with the Pac-12 Championship on the line.

The Utes put a beatdown on Oregon just two weeks ago in a dominant 38-7 showing at home. Another win over the Ducks here would secure their first-ever Pac-12 Championship.

Will Oregon play spoiler as the underdog, just like the 2019 Pac-12 title game over Utah at Levi Stadium, or will Utah secure the elusive conference crown?

Check out our college football picks and predictions for the Oregon Ducks vs. the Utah Utes on Friday, December 3 to find out.

The Utes have been profitable in PAC-12 play, going 16-7 in their last 23 conference games. Find more NCAA betting trends for Oregon vs. Utah.

Oregon vs Utah picks and predictions

Friday night will mark the second meeting between these two schools within the last 13 days. How did the first meeting go, you ask? Utah demolished Oregon 38-7, giving us a good read on who should be the favorites the second time around.

Why is Utah only a 2.5-point favorite freshly removed from such a beatdown? A few things from the first matchup are not directly translatable to this one. For example, Utah’s special teams have been a weakness all season long yet dominated in the first matchup. Also, the Utes won’t be playing in front of their home crowd in Salt Lake City but will be in a rocking Allegiant Stadium that’ll be closer to a 50-50 split in the stands.

However, Utah’s dominance of the ground game is something that can be replicated in this matchup. The Utes won the rushing yardage battle 208 to 63. Three of their last four opponents have been held under 100 rushing yards, so it’s not like that was a fluke performance defensively. Offensively, they’ve rushed for at least 200 yards in six of their last nine games — they’ve found their groove.

Sure, Oregon is used to playing the spoiler as the underdog, especially in the Pac-12 Championship. Just ask Utah fans about the 2019 championship game. That being said, this isn’t the 2019 Oregon team. A case can be made that Utah is the better team in all four areas of the game (rushing offense and defense, passing offense and defense). Realistically, Oregon narrowly edges Utah in passing offense, but Utah has been much improved in that area since the insertion of Cam Rising at quarterback.

Outside of the Ohio State win, there are few positives to point to for the Ducks. A loss to Stanford? Narrow wins over Cal, UCLA, and Fresno? Utah, meanwhile, has been taking care of business in impressive fashion for two months — all eight wins have come by multiple scores.

The saying goes that it’s hard to beat the same team twice. While that may or may not be true (statistically, it isn’t, but that’s a topic for another day), Utah demolished this Oregon team less than two weeks ago and will prove to be the better team once again on Friday night.

This total took some immediate money to the Under, and it’s easy to see why. These teams combined for only 45 points in the first matchup, and that’s including a punt return touchdown for the Utes. Utah has proven adept at stopping the rush effectively, led by star linebackers Devin Lloyd (100 tackles, 22 for loss) and Nephi Sewell (77 tackles, 7.5 for loss). This should help limit Oregon offensively. The Ducks’ offense works best when it can establish the run, as quarterback Anthony Brown has proven to be limited when forced to throw.

Several other factors are pointing against an offensive outburst from Oregon. The wide receiving group is extremely thin and unproven after a slew of injuries, and they’ll likely be starting two true freshmen out wide. Offensive coordinator Joe Moorhead accepted the Akron head coaching job earlier this week, so his attention may be divided.

As for Utah, they scored a special teams touchdown in the first matchup and did whatever they wanted on the ground, yet still, the game went comfortably Under the total. We expect another Under.

Everything appears aligned for the Utes to secure their first Pac-12 Championship.

Head coach Kyle Whittingham runs one of the most consistent programs in the country, yet he’s never been able to secure top honors in the conference. Friday may change that.

It may not be the demolition we witnessed two weeks ago, but Utah will prove to be the superior team yet again. 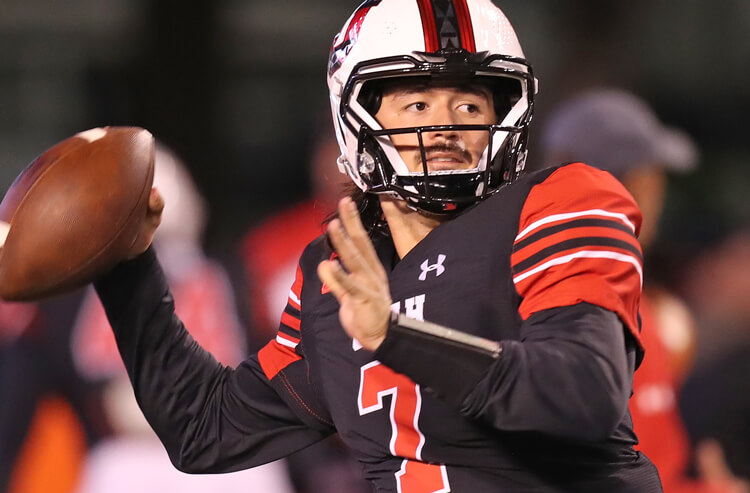