You want to see a perfect example of SEC bias in college football? Let’s take a look at the Gator Bowl where the No. 23-ranked North Carolina State Wolfpack will be 2.5-point underdogs when they face off against the 4-6 Kentucky Wildcats. And we’re not exactly sure why.

We break down the puzzling college football odds with our best free picks and predictions for North Carolina State vs. Kentucky at the Gator Bowl at TIAA Bank Field, in Jacksonville, Florida on Saturday, January 2, with kickoff scheduled for 1:00 p.m. ET.

It looks like it will be a cloudy afternoon in Jacksonville. The forecast is calling for overcast skies with a small chance of showers. Temperatures will be in the low-80s and there will be a 10-12 mile per hour wind gusting towards the northeastern endzone. Be sure to monitor the gametime conditions with our NCAA football weather info.

The Over is 6-0 in North Carolina State's last six games as an underdog and 20-6 in Kentucky's last 26 non-conference games. Find more NCAA betting trends for NC State vs. Kentucky.

The Gator bowl presents us with one of the most puzzling lines this bowl season. Yes, Kentucky is playing in its fifth consecutive bowl game, and hail from the “all-powerful” SEC, but that’s about all it has going for it heading into this game.

With just four wins, the Wildcats would not have qualified for a bowl in a not for an insane 2020. Those four wins came against opponents with a combined eight victories this season. They have one of the worst offenses in the country and fired their offensive coordinator, whose replacement won’t be in Kentucky until next season.

As per usual, Kentucky will lean on its running game and its defense. The only problem is, the defense the Wildcats are known for isn’t markedly better than North Carolina State’s. According to Football Outsiders F+ Ratings, Kentucky’s defense ranks 42nd while NC State ranks 52nd.

When it comes to offense, there isn’t really a comparison. Even though the Wolfpack lost starting quarterback Devin Leary midway through the season, junior Bailey Hockman stepped right in and they didn’t skip a beat. Hockman completed 63.7 percent of his passed for 1,820 yards with 12 touchdowns with eight picks while adding three scores on the ground. They also have a solid running back in Zonovan Knight.

North Carolina State set a school record with seven ACC wins this season, so they’ll be motivated to end the season on a strong note. Plus, we are getting 2.5-points with what looks like the better team in the matchup. And that’s something we can’t say no to.

The total for the Gator Bowl hit the board as high as 53.5 at some books, but has been consistently been bet down to 50.5 as of Wednesday night. That’s to be expected with a game that Kentucky is involved in, but it might be low enough now to attack the total.

While Kentucky’s defense is solid and well-coached, it's not the elite unit it has been in the past. They're allowing 26.4 points per game and that’s mostly shutting down lackluster offenses. We won’t say the ACC is the SEC, but NC State is a capable bunch and more importantly, balanced. It’s no fluke the Wolfpack put up 31.1 points per game.

The Wildcats meanwhile, should get some run out of Christopher Rodriguez Jr., who averaged 6.9 yards per carry and tallied nine scores this season. Rodriguez will do enough to send this one above the number. 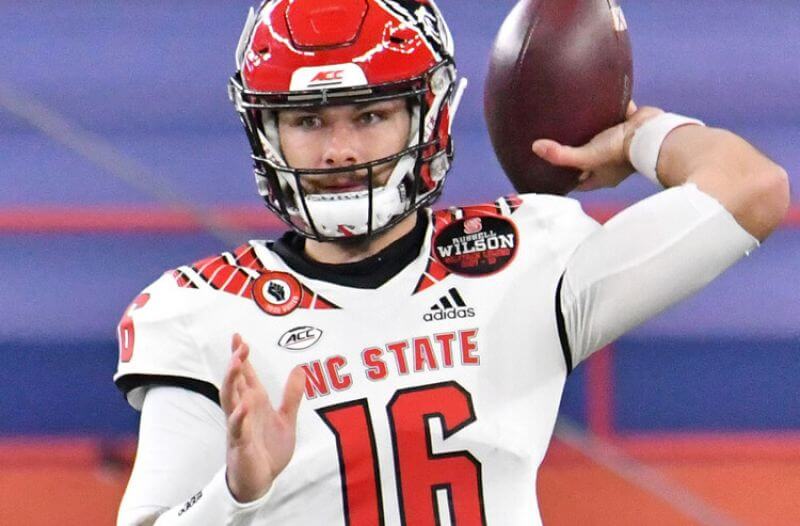