If you’d told Duke Blue Devils fans at the start of the season that they’d open the ACC Tournament in a No. 10-versus-No. 15 matchup with the Boston College Eagles, those die-hard Dukies would have laughed so hard they would have split their Coach K Underoos.

But here we are with Duke a 12-point college basketball betting favorite facing Boston College in Greensboro on Tuesday afternoon. The 11-11 Blue Devils likely need to win the ACC Tournament to avoid missing the Big Dance for the first time since 1995.

Check out our NCAA basketball betting free picks and predictions for Boston College vs. Duke on March 9.

PointsBet USA pegged Duke an 11-point favorite at Monday afternoon's outset and this morning reached -13, where the line remains at 4:25 p.m. ET, shortly before tipoff. "Fifty-two percent of bets and 63 percent of handle on Duke," PointsBet's Wyatt Yearout said. The total opened at 153.5 and dipped to 151.5 by midmorning, but it's been steady at 152 since lunch hour, with 61 percent of bets/71 percent of money on the Over.

The Blue Devils are 7-15 ATS in their last 22 games. Find more NCAA betting trends for Boston College vs. Duke.

Duke appeared primed for a late-season push with a four-game win streak and even had some bracketologists penciling it in as a bubble team before a three-game losing skid to close the schedule burst those NCAA Tournament dreams. The Blue Devils finished the year with a one-sided road loss to rival North Carolina on Saturday, following a pair of overtime defeats to Georgia Tech and Louisville.

Duke has enough pure talent and the coaching chops to crack the opening round of the ACC bracket but when it comes to covering this lofty spread, Mike Krzyzewski’s kids can’t be trusted. The Blue Devils have been terribly flat offensively during this losing skid, scoring only 71, 65, and 64 points in regulation while shooting a collective 16 for 75 from beyond the arc (21 percent) in the past three outings.

The Eagles fell to Miami’s skeleton crew in the season finale Friday but did battle hard in that game, losing 80-76 and pushed as 4-point road underdogs. Boston College has had some spirited efforts under intern head coach Scott Spinelli after firing Jim Christian in mid-February, including a win over Notre Dame on February 27.

Boston College put a scare in Duke back in January, losing 83-82 at Cameron Indoor Stadium and covering as an 11.5-point pup. The Eagles recently returned 6-foot-7 forward C.J. Felder from injury and could have frontcourt mate Steffon Mitchell back after missing the final two games with a hamstring injury.

Boston College is a bad team, but Duke is nowhere near the quality of past programs. Public perception sees the Blue Devils going all out in the postseason but I’m happy grabbing as many extra points as I can get against the Dukies.

Duke has gone Over in all three of those recent losses, but those total results were helped by a pair of overtime periods. If not for the extra frames, the Blue Devils would have gone well Under the number against the Yellow Jackets and Cardinals.

As mentioned above, the Dukies are stuck in a shooting funk, hitting only 43 percent of their looks during this skid, including a 28-for-69 day in Chapel Hill this past weekend. That said, they won’t have to trade blows with BC, which is battling offensive issues of its own.

Boston College’s attack has been playing with missing pieces for a few weeks now, lacking backcourt talents Wynston Tabbs (suspended) and Rich Kelly (transferred)—with the pair contributing over 33 percent of BC’s total points on the season. Mitchell’s status could play a big role in the total for this one, with the 6-foot-8 senior putting up 11.5 points per game over his last nine efforts. 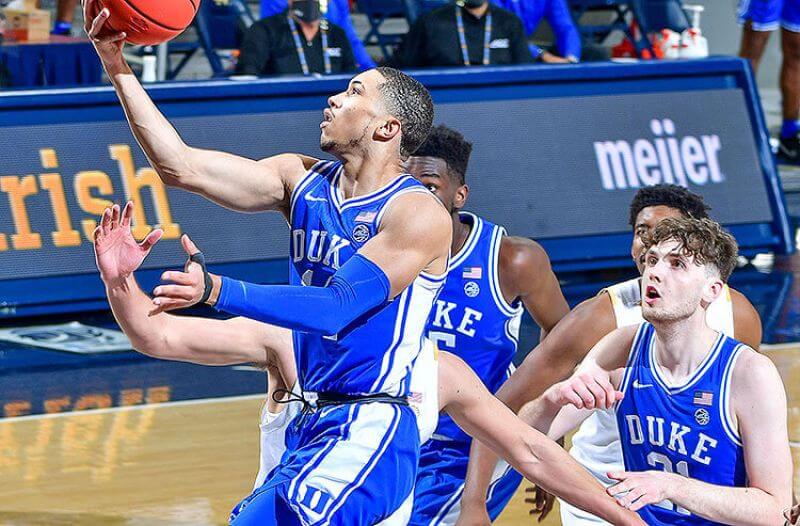