The Warriors have cruised to a 17-2 mark on the backs of their league-best defense. Today they match up against the league's second-best defense in the Clippers. Find out if Golden State can continue rolling in our Warriors vs. Clippers picks.

On Sunday, we get some afternoon basketball when the Los Angeles Clippers host the Golden State Warriors. If it wasn’t for the Phoenix Suns winning 16 games in a row, the Warriors would be the team everybody is talking about. They’ve won 13 of their last 14 and are playing some remarkable basketball right now.

Will Los Angeles find a way to upset Golden State today? Find out in our NBA betting picks for Warriors vs. Clippers.

The Warriors were surprisingly only favored by 1.5 points against the Clippers when this line opened, but it has since moved to 2.5 or 3 points on most books — and can even be found at 3.5 on one. The total has also moved quite a bit, with it opening at 217 and now being down to anything from 214.5 to 215.5.  Use the live odds widget above to track any future line movements right until tip-off and be sure to check out the full NBA odds before betting to ensure you get the best number.

The Warriors are 10-1 ATS in their last 11 games against teams with winning records. Find more NBA betting trends for Warriors vs. Clippers.

Warriors vs Clippers picks and predictions

Golden State is going to have to slow down at some point, but it’s going to take a team with a ton of talent on the offensive end to do it. This Warriors team can be held down for three full quarters and then still beat you by double digits, much like they did against the Philadelphia 76ers Wednesday night. The Warriors led by only two points when the third quarter ended in that one, but they ultimately got hot and ended up winning, 116-96. That’s just how things have been going with Steph Curry once again looking like an MVP candidate, the star being surrounded by competent role players and Golden State being first in the league in defensive rating.

While Los Angeles is currently second in the league in defensive rating, it’s unrealistic to expect this group to stop Golden State from turning in a good offensive performance. Eric Bledsoe is a good point-of-attack defender, but he isn’t capable of holding down Curry for the entire 48 minutes. In fact, nobody on this Clippers team can do anything like that, and the Warriors also have guys like Jordan Poole and Andrew Wiggins, who are plenty capable of scoring a decent number of points in this game.

Speaking of Wiggins, the wing’s perimeter defense is a big part of the reason Golden State is such a good play in this one. Wiggins has turned into a very solid defender and he has the combination of size and athleticism to give Paul George some trouble here. That would be absolutely massive for the Warriors, as the Clippers don’t have a lot of high-level scoring threats with Leonard sidelined. Reggie Jackson is a guy that can get hot in this one, but Curry is a smart off-ball defender and isn’t going to let him get off too many open threes.

While Golden State’s offense should be the thing that separates these two squads, the Under is still the right play in a game like this. These are the Top-2 teams in the entire league as far as defensive rating goes, and the Under is 6-2 in the Warriors’ last eight games and 5-2 in the Clippers’ last seven.

The Clippers, who play at the eighth-fastest pace in basketball, also happen to know that slowing this game down is their best chance of winning. They’re not going to be competitive if this turns into an up-and-down game where the Warriors get to show off their transition offense. Golden State’s nightly swings happen when teams get out of their games and let the Warriors play fast and free.

The Under is also 12-3 when Golden State has played road games with a line of +3 to -3 since the start of last season. And when looking at it more generally, it’s also 30-14 in Warriors’ road games in that span.

If you can find the Warriors at -2.5 in this game — which is definitely possible as of the writing of this article — it’s not all that different from getting Golden State to simply win outright. Sure, the game can be decided by two or fewer points, but it definitely is a lot more unlikely. The Warriors already beat the Clippers by two points in the second game of the year, and it’s doubtful that they’ll win by the same exact margin again.

Golden State is also a much different team than it was early in the year, as the Warriors have won and covered in 13 of their last 14 games. Their average margin of victory in those 13 wins is 18.2 points per game, showing that Golden State is blowing away the competition.

Also, the Warriors are 41-18 ATS when coming off home wins of 10 points or more under Steve Kerr. They’ve won those games by an average of 9.2 points per game, and their explosive offense is once again the reason they should cruise to a win against a Clippers team that occasionally struggles to score points.

Did you know that if you parlayed today’s NBA Warriors vs. Clippers predictions and picks in a single-game parlay, you could win $26.45 on a $10 bet? 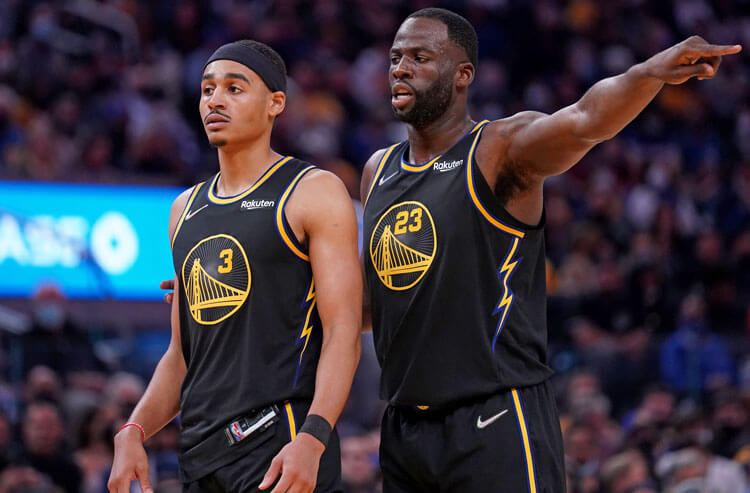 Warriors vs Clippers Picks and Predictions: Don't Fix What Ain't Broke
Provided by