There are only six games on the NBA betting board tonight. Although not a single one of those contests features two teams over .500, basketball fans will at least be treated to a performance from NBA MVP favorite Nikola Jokic as he leads the Denver Nuggets against the Toronto Raptors.

Here are our best free Raptors vs Nuggets picks for Thursday, April 29 with tipoff at 9 p.m. ET.

The Raptors are 1-7 ATS in their last eight games versus a team with a winning straight-up record. Find more NBA betting trends for Raptors vs. Nuggets.

The Toronto Raptors are just two years removed from winning the NBA championship but are a much different squad than the one that claimed the title in 2019.

The Raps are just 26-36, although they've played much better recently and are just two games back of the final play-in berth in the Eastern Conference. Toronto is fresh off a 13-point loss to the Nets but is still 5-2 SU and ATS in its last seven games.

It doesn't get any easier for the Raps, however, as they head on the road to take on the Nuggets who are fourth in the West with a 41-21 record.

Denver suffered a big blow to its championship aspirations when second-leading scorer Jamal Murray tore his ACL earlier this month. That said, the Nuggets still have the odds-on MVP front runner in Jokic and have gone 7-1 SU in their last eight games without Murray.

While Toronto has been better on the other end of the floor, ranking 14th in the league in defensive rating, they fall to 23rd in that metric on the road.

The Nuggets are 1-5 ATS in their last six and pulled off a close win just last night. But backing them to cover three points in Denver against a Raptors team that is 1-9 ATS in its previous 10 road games is a no-brainer.

The Over/Under for this game opened at 224.5 but has moved all the way down to 219.5. But there's plenty of reason to go against the line movement.

Despite playing at a slow tempo, the Nuggets still rank fourth in the league with 115.5 points per game. And that number has actually surged up to 119.5 ppg since Murray has been out.

Toronto is surrendering 114.2 ppg on the road while allowing opponents to shoot a sizzling 38.9 percent from beyond the arc. That's bad news against a Nuggets team that ranks sixth in the league with a 38.1 three-point percentage and has the league's best offensive player in Jokic.

Jokic is averaging 26.3 ppg on an absurd 57/43/83 shooting line while adding 8.7 assists and 10.9 rebounds per game. The Raptors rank a dreadful 27th in the league in defensive rebounding rate and with the Nuggets ranking third in offensive rebounding rate, Jokic and company should get plenty of second chances.

Toronto guard Fred VanVleet was playing at close to an All-Star level for the first half of the season but has really seen his play fall off a cliff recently.

VanVleet has been hindered by both a hip injury and an ongoing recovery from COVID-19 and hasn't looked the same since getting back into the Raps' lineup two weeks ago.

VanVleet is averaging just 12.7 ppg on 35.5 percent shooting in 31.7 minutes per game over six contests this month. He has been held to 11 points or fewer in four of those games, including his most recent outing against Brooklyn on Tuesday. Take the Under 19.5 on his points total. 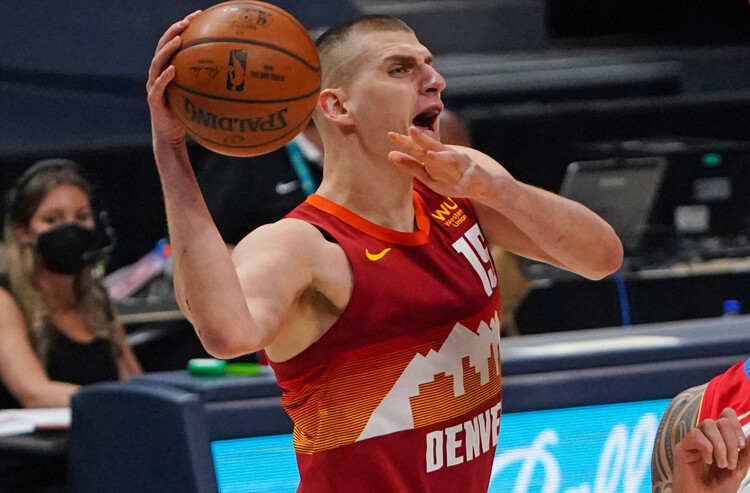