It's all about the scoring tonight. We're targeting points Overs for a few players in varying situations as we hunt for the best value on Friday night's NBA slate. Here are our player prop picks, including Joel Embiid to continue crushing.

Let’s tip the weekend off right with some winners in the NBA prop bet markets, and with nine games on the schedule, there is plenty of basketball betting value to be found.

Tonight, we focus on a pair of big men who are saddled with some intriguing player props, as Joel Embiid tries to his 30-point games streak alive when the 76ers take on the Celtics, while Christian Wood has a chance to crown the Kings.

Check out our NBA player prop picks for Friday, January 14, as we bank on some of the NBA's best to do their thing.

The Philadelphia 76ers' seven-game winning streak may have been snapped last time out by Charlotte Hornets, but they were still unable to slow down Joel Embiid who continued his recent rampage.

The 76ers All-Star center has had 30-point performances in eight consecutive games. Embiid is averaging 32.6 points while shooting 56.5% from the floor, which includes 40.9% from 3-point range. Embiid will have a chance to keep that streak going against the Boston Celtics.

While Embiid had one of his worst shooting performances against the Celtics early in the season, he followed that up by dominating them by putting up 41 points back on Dec. 20. Boston also ranks 22nd when it comes to points allowed to opposing centers.

But the number here is the deciding factor. We are getting 29.5 for this matchup at -110. Not only has Embiid gone Over this number in eight straight games, but in 10 of his last 11. We’re betting Embiid keeps the 30-point streak alive.

The Cleveland Cavaliers have found their groove again during this west coast road trip, winning three of the first four games. They’ll look to keep rolling when they visit the San Antonio Spurs on Friday night.

But while the Cavaliers have played well on this trip, someone who hasn’t is Darius Garland. The Cavs’ point guard is in a bit of a slump, averaging just 10.7 points while shooting just 30.6% from the floor over his last three games.

But Garland is in a good spot to get right against the Spurs. San Antonio really struggles when it comes to containing opposing guards, as it allows the second-most points to guards while ranking 21st in field goal percentage.

Despite the slump, Garland still averages 19.1 points per game with a 46.5% shooting percentage, and prior to the last three games, Garland put up at least 21 points in six consecutive contests. Bet on him to get back on track in this one and go Over his point total.

All good in the Wood

While the Houston Rockets visiting the Sacramento Kings might not be exciting to many outside of the respective fan bases, it does present us with a juicy player prop betting opportunity.

Rockets center Christian Wood is one of the lone bright spots for a team with just 12 wins this season, averaging 17.2 points on 47.8% shooting while grabbing 10 rebounds per game. And Wood has been on a tear over the last five games, upping his scoring average to 20.2 points while shooting 54.3% from the floor.

Now, Wood gets to face a struggling Kings interior defense. The Kings rank 27th in the NBA defensive rating and allow the most points in the paint in the league by a fairly wide margin. 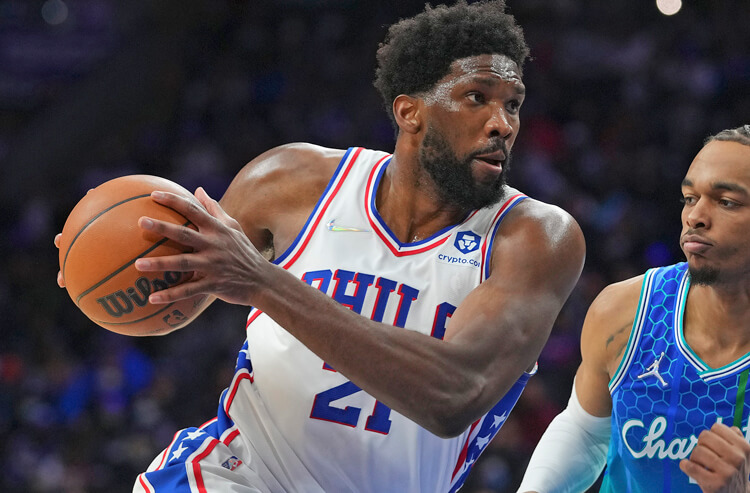