The Nets lost in heartbreaking fashion in Game 1 thanks to a Jayson Tatum buzzer beater, but we're not overreacting. Brooklyn didn't play well and still covered the point spread. Find out why we're backing them again in our Nets vs. Celtics betting picks.

Maybe it’s just me, but if you limit Kevin Durant to just 23 points and force 16 turnovers, you shouldn’t fall short of covering the spread and you sure as hell shouldn’t need a buzzer beater to win the game outright.

The Boston Celtics had perhaps the most exciting yet most disappointing Game 1 win in the opening round of the NBA Playoffs, edging the Brooklyn Nets 115-114 at home on Sunday. These bitter rivals go at it again Wednesday, with Boston set as a 3.5-point favorite for Game 2.

Here are our free NBA picks and predictions for Nets at Celtics on Wednesday, April 20.

Following Boston’s slim Game 1 victory, bookmakers opened the Celtics between -3 and -4 with the marketing consensus bubbling out to -3.5 as of Tuesday afternoon. The total for Game 2 opened as high as 228.5 points and has been trimmed down to 226 points.

The Under is 16-7-1 in Nets last 24 games vs. a team with a winning percentage above .600. Find more NBA betting trends for Nets vs. Celtics.

Nets vs Celtics picks and predictions

For once, Nets bettors benefitted from a fourth-quarter collapse after watching Brooklyn bust in the final frame more than they’d like to remember this season, coming away with the +4.5 winner Sunday.

Boston blew an 11-point lead in the final 12 minutes of Game 1 with the Nets shooting 12-for-20 from the field including 5 of 9 from distance, and the Celtics stumbling to the finish line on 8 of 20 shooting success in the fourth quarter.

While the Celtics escaped with the win, Boston backers have to be worried given just how bad Brooklyn had played in the first three frames and just how fast that lead evaporated in the fourth. The ceiling for the Nets seems much higher for Game 2 considering Durant finished the day 9-for-24, and Brooklyn stayed within striking distance despite a very disjointed effort this weekend.

You have to give credit to the Celtics’ switches on the perimeter keeping Durant out of rhythm, but also throw some blame on the Nets for playing too passive.

Brooklyn attempted just 22 shots from eight feet or less and only 18 shots from five feet out, not taking advantage of Boston’s missing pillar in the paint: Robert Williams. The Nets finished the game with a mere 32 points in the paint – 14 points below their season average.

Besides settling for tougher looks, Brooklyn’s mistake-prone performance spotted Boston 15 points off turnovers with most of those possessions getting the rim for high percentage finishes. Following the loss, the Nets noted that they played into the Celtics’ quick pick-ups and pressure and rushed their offensive execution, which led to those costly errors.

Expect a much more calculated attack from Brooklyn in Game 2, with quick ball movement shifting Boston’s defenders around and seeking out space for open looks. Even with Durant struggling, the Nets still shot 54% from the field against the best defense in the NBA since the calendar flipped to 2022, with the Celtics checking foes to a league-low 42.9% in that span.

Brooklyn can play better basketball than what showed up in Game 1. The Celtics don’t have an answer for Kyrie Irving, who’s playing with poison for the Beantown crowd, and you won’t keep KD down for long.

The Nets' offense was quite disjointed in Game 1, especially with Boston bringing tight on-the-ball pressure and guys like Jayson Tatum and Jaylen Brown looking to jump the passing lanes.

Brooklyn, which had 33 assists in the win over Cleveland in the play-in and averaged more than 25 assists in the final five games in April, recorded a mere 20 assists in Sunday’s loss.

The Nets aren’t the best playmaking team in the league – leaning heavily into isolation – but they do own an assist per field goal made rate of 60.2% on the season and that metric dropped to just 47.6% in Game 1.

Durant told reporters he and the offense need to be more patient with their approach in Game 2. If the Celtics try to squeeze KD the second he gets over half, Steve Nash will need to run more off-the-ball sets in order to create space for Durant. That means more ball movement and time for those looks to develop.

Sunday’s Game 1 boasted a pace rating of 97.26, which is on par for Boston’s regular season tempo but a little high for the postseason grind (third fastest Game 1 pace of playoffs). As mentioned, the Celtics turned the Nets’ miscues into fastbreak sets and scored layups early on – easy points that won’t be there if Brooklyn bumps the breaks with the basketball.

The Game 1 total opened as low as 224 points and jumped to 227 before closing on Sunday, with the 115-114 final score just hitting for the Over. The Game 2 total has taken the opposite route, hitting the board at 228.5 and quickly sliding down to 226 points with early sharp play on the Under. It may come back up before tipoff on Wednesday but we’re siding with that early opinion as well.

Kyrie Irving versus the Celtics faithful is the most compelling matchup of this Round 1 series.

The former Boston guard was the target of more than boos and hisses in Game 1 and dished out his share of insults as well, including getting fined $50,000 for flipping off the Garden crowd. Money well spent if you took in Kyrie’s postgame comments.

Whatever the Celtics fans are trying to do ain’t working. Irving dropped 39 points on Boston in the opener, including clutch buckets in the fourth quarter. And while the Boston defense will continue to target Durant, the Celtics need to do something to suffocate Irving as well.

I don’t see Kyrie killing the Celtics in the score column for Game 2 – at least not putting up as much as he did on Sunday – but I do like Irving to make plenty of plays and force this Boston defense to change their strategy.

He finished with six assists in Game 1 and if Brooklyn is going to even this series, Kyrie needs to facilitate: either drawing doubles and hitting open teammates in space or getting inside the Celtics’ interior and kicking it out to open shooters.

Irving had 12 assists in the play-in win over Cleveland and has posted six or more dimes in seven of his last eight contests overall. Brooklyn’s role players didn’t shine as bright in Game 1 but the Nets have been getting solid contributions from the support staff in recent outings and with those postseason jitters all shaken out, Irving will kick start this Nets offense with his passing Wednesday night.

Did you know that if you parlayed today’s NBA Nets vs. Celtics predictions and picks in a single-game parlay, you could win $53.64 on a $10 bet? 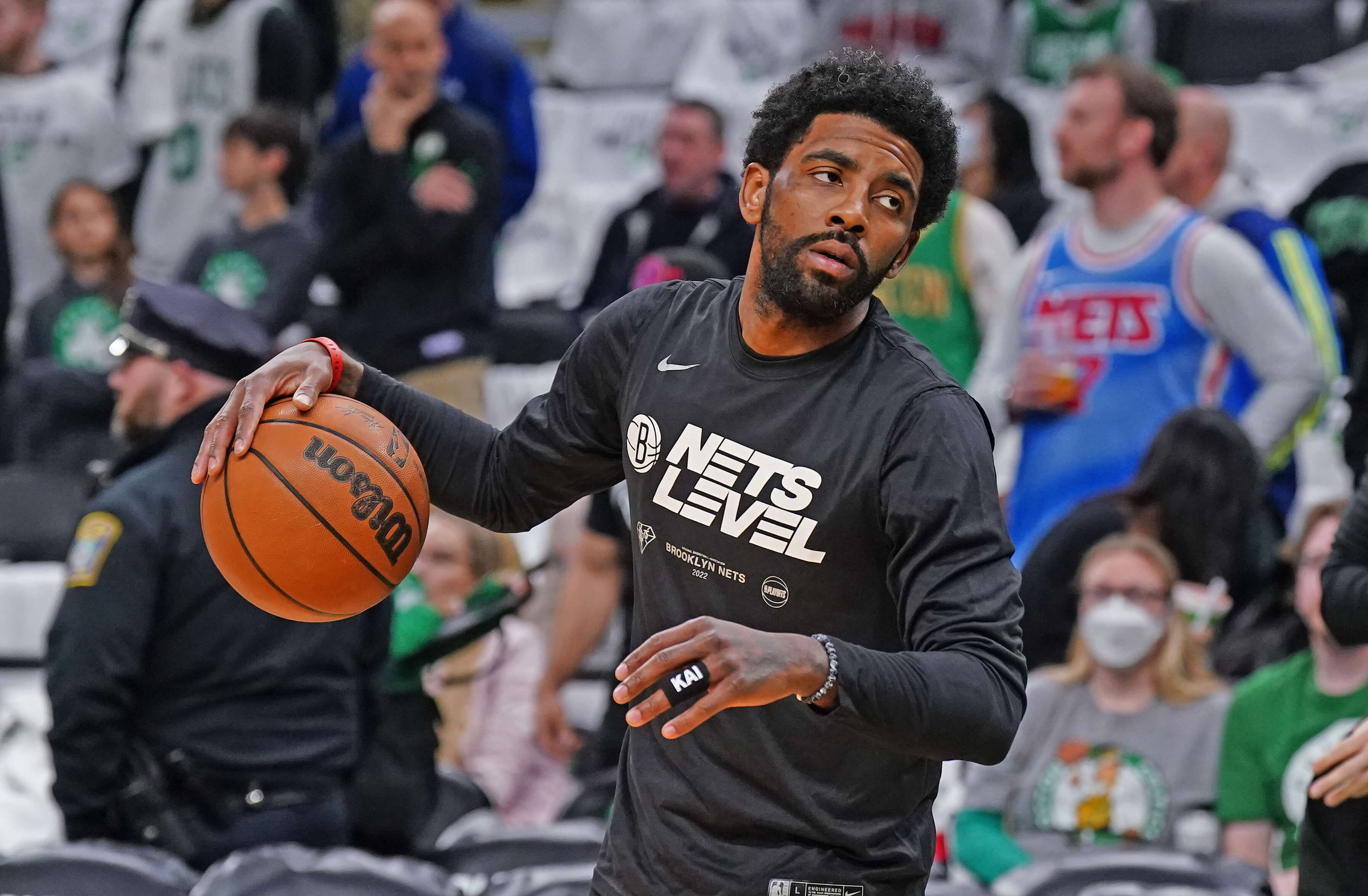