Highlighting today's lineup of NBA player props is Giannis Antetokounmpo, whose size and strength should once again overpower the Bulls on the glass, and OG Anunoby, who could be the scoring punch the Raps need in Game 3. 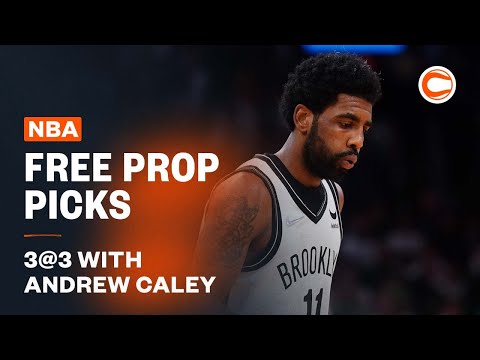 What will Kyrie Irving do for an encore tonight in Boston after putting up 39 points in Game 1, can some secondary scoring save this series for the Raptors, and the Bulls just have no answer for Giannis Antetokounmpo on the boards.

Check out our NBA player prop picks for Wednesday, April 20, as we bank on some of the NBA's best to do their thing.

Picks made on 4/20/2022 at 11:30 a.m. ET.
The odds widgets below represent the best odds currently available for each betting market at regulated sportsbooks.
Click on each pick to jump to the full analysis.

The best game so far in the early part of this playoffs was Game 1 between the Brooklyn Nets and the Boston Celtics. A huge game for Kyrie Irving drew the ire of the Boston crowd but a last-second game-winning bucket from Jayson Tatum saved the day. So, what does Game 2 have in store?

Well, for starters, the Celtics will have to do a better job of containing Irving. The star point guard went off for 39 points, six assists, and five rebounds in Game 1. That probably doesn’t sit well with newly-crowned Defensive Player of the Year Marcus Smart.

But that’s just how good Irving can be at times. So, while I expect Smart and the Celtics to up their efforts to slow down Irving’s scoring. But he can still hurt you in other ways (just don’t take it personally Boston fans), like getting his teammates involved.

Bet on Kyrie being a big distributor in this one and take the Over on his assists total.

Not much has gone right for the Toronto Raptors in the first two games of their first-round series against the Philadelphia 76ers. Joel Embiid and the Sixers have looked bigger, stronger, faster, and more skilled. Simply put, they look like the better basketball team.

One of the lone bright spots for Toronto has been the return of OG Anunoby. The small forward missed most of the second half of the season with a finger injury but has shown Raptors fans what they have been missing in the first two games of this series — efficient shooting and smart defense.

Anunoby has put up 20 and 26 points respectively in Games 1 and 2 of this series shooting an impressing 65.5% from the floor which includes 50% from 3-point range. The Raptors need Anunoby’s scoring more than ever with Scottie Barnes likely done for the series and Gary Trent Jr. under the weather.

If there is a game where the Raptors need a spark from a guy like Anunoby, it’s tonight, down 0-2 in the series. That said, the Raptors have been here before, taking down the Bucks in 2019 after falling down 2-0, as well as forcing the Celtics to Game 7 in 2020.

That’s the series where OG hit that massive shot at the buzzer to win Game 3. So, you know he can handle the pressure of a big game. Plus, the Sixers will be without one of their wing defenders as Matisse Thybulle is ineligible to play. Bet on Anunoby to keep the scoring up in this one.

Too big, too strong

Many were predicting that this series between the Chicago Bull and the Milwaukee Bucks would be a quick one. And after Game 1, that’s probably still the case. The Bucks are just too long and athletic and unlike the Bulls, they actually play defense.

That length and athleticism give the Bucks a big edge on the glass in this series, particularly for Giannis Antetokounmpo. The two-time MVP has bodied the Bulls on the boards all season long, forcing bookmakers to adjust a bit — but not enough to scare us off.

Giannis averaged 11.6 rebounds per game this season but he has been an even bigger problem for a Bulls team that has had the fourth-worst rebounding percentage since the All-Star break. Giannis has played five games against the Bulls this season and has hauled down 12, 16, 17, nine, and 16 boards in those games. In the game Giannis had just nine, he only played 24 minutes.

There are a few sportsbooks that are posting 13.5 for Antetokounmpo’s rebounding total at plus money but we’ll pay a little more juice for the 12.5. A number he's eclipsed 10 times in his final 18 regular-season games and once already during the playoffs.

Bet on Antetokounmpo to keep being a freak on the boards against the Bulls and take the Over on his rebounding total tonight. 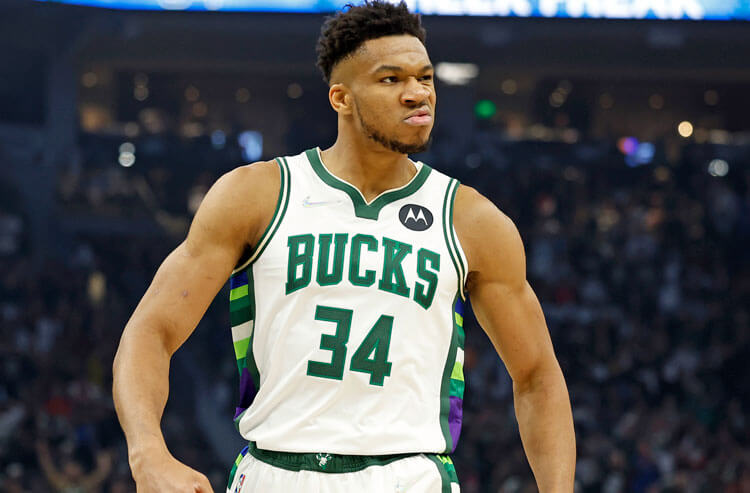 Today’s NBA Player Prop Picks: Giannis Gets Freaky On the Glass
Provided by