Heat vs Clippers Picks: Miami's Stars Turn Up The Heat

Few things are more frustrating in NBA betting than waiting on the status of a key player, which is what we had to do today until learning late this afternoon that Los Angeles Clippers All-Star Kawhi Leonard will miss Monday's matchup against the Miami Heat.

With Leonard out, the Clippers obviously have a tough task ahead of them. Let's break down the NBA odds with our best free Heat vs. Clippers picks and predictions for Monday, February 15, with tipoff at 10 p.m. ET.

The Under is 5-1 in the last 6 meetings between these teams in Los Angeles. Find more NBA betting trends for Heat vs. Clippers.

This line dropped in a hurry this morning at PointsBet USA, going straight from Clippers -5.5 to -3.5, then ultimately jumping the fence late this afternoon en route to Heat -3. That's what happens when Los Angeles is minus Kawhi Leonard and Paul George. "Fifty-four percent of bets on Los Angeles, but 61 percent of money on Miami," PointsBet's Patrick Eichner said of point-spread action as of 7 p.m ET. The total opened 220.5 and bottomed out at 214 late this afternoon, then rebounded to 217.5. "Seventy-five percent of bets and money on the Over," Eichner said.

After making the NBA finals last season, the Heat got off to a disappointing 11-15 start this year. That said, they were without their own star swingman, Jimmy Butler, for a large stretch of time and have gone 8-6 SU with Butler in the lineup.

Miami is fresh off an 18-point loss to Utah on Saturday but the Jazz are wrecking everyone and prior to that contest, the Heat had won four games in a row.

The Clippers have won three in a row and are coming off a 128-111 win against the Cavaliers last night. It was an impressive showing for the Clips, considering that they were missing both Paul George and Leonard. They will have to do it again Monday, as George is sidelined indefinitely and Leonard (left leg contusion) will have to wait until Wednesday for his next chance to suit up.

This game won't be easy for the Clips to cover (if they even remain favorites by tipoff) on the tail end of a back-to-back against a solid team like Miami.

After all, the Heat will have their two best players in Bam Adebayo and Butler, while Tyler Herro, Kendrick Nunn and Duncan Robinson provide plenty of outside shooting.

The Heat have also been locking down opponents lately, holding foes to just 100.5 points per game over their last six games. Take Miami with the points.

The Clippers' offense will obviously miss the scoring that Leonard and George provide, as the duo is averaging a combined 50-plus points per game. Meanwhile, the Heat have ruled out point guard Goran Dragic, who averages 14.4 points and 5.4 assists per contest.

Both the Heat and Clippers are stingy on the defensive end of the floor, with the Clips ranking fifth in the league in scoring defense with 108 points per game, while the Heat are seventh by holding foes to 109.6 ppg.

Both teams also play at a slow tempo, with Miami ranking 23rd in the league in possessions per game and the Clippers ranking 29th.

With the Heat going 5-1 to the Under in their six games and the Under also cashing in five of the last six meetings between these teams in L.A. back the Under tonight.

Nunn was the best Heat player on Saturday night, scoring 23 points and going 8-15 from the floor. He has benefited from extra playing time and shots with Dragic and Avery Bradley battling injuries and the Over/Under on his points for Monday night is set at 14.5.

The second-year guard has scored at least 16 points in nine of his last 12 games, averaging 17.9 ppg over that span. Take the Over 14.5 on Nunn's points. 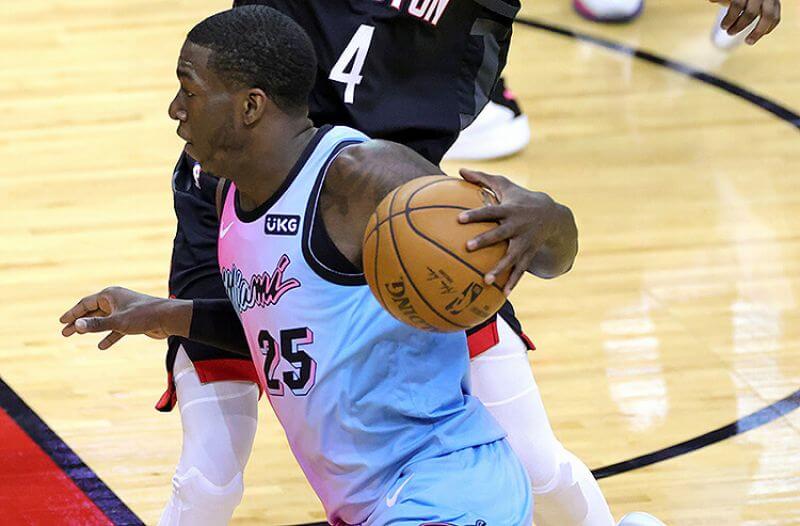 Heat vs Clippers Picks: Miami's Stars Turn Up The Heat
Provided by