Clippers vs Trail Blazers Picks and Predictions: Back LA Against Lillard-less Portland

The Clippers are coming off a rough loss against Sacramento but have a good spot for a get-right game against a Portland team without Damian Lillard. Los Angeles is a slim road favorite — and our NBA picks are liking PG & Co. to come away with the win.

The Portland Trail Blazers host the Los Angeles Clippers at the Moda Center tonight, with the Blazers looking to avoid their sixth loss in seven games.

Chauncey Billups’ team will be without superstar Damian Lillard again but that doesn’t mean that all hope is lost, as NBA betting odds for only have the Clippers as 3-point road favorites.

Will a shorthanded Portland team handle its business against Los Angeles? Keep reading our Clippers vs. Trail Blazers NBA picks and predictions for Monday, December 6, to get the answer.

The Clippers were laying 3.5 points at open for this game and while that’s still the case on some books, you can find Los Angeles as only a 3-point favorite elsewhere. The total is a similar case, as it opened at 215.5 and has mostly stayed there but is showing 215 on a few other books.

The Blazers are 0-8 ATS in their last eight games as underdogs. Find more NBA betting trends for Clippers vs. Trail Blazers.

The Clippers are coming off of a rough road loss to the Sacramento Kings on Saturday, falling by five as 2-point favorites. The team was likely a bit tired from its 119-115 road win over the Lakers the night before but you should expect this group to rebound from that performance tonight.

With Lillard and Simons out, the Blazers will be left relying too heavily on McCollum in this game. The Portland shooting guard is among the league's better guards but the Clippers are one of the most well-coached teams in the NBA — they’ll have a plan in place to make McCollum uncomfortable and force the Blazers' role players to beat them. Plus it helps that the Clips have Eric Bledsoe, who is a good perimeter defender and can squarely focus on making McCollum uncomfortable in this game.

Offensively, the Clippers are going to have no trouble torching a Blazers defense that is last in the league in defensive rating. Portland hasn’t been able to stop anyone this season but it has been especially terrible lately. Don’t be surprised if Paul George goes off in this game: He is just 12 for 41 from the field over his last two contests, but this is the perfect get-right opportunity for him. Portland’s Robert Covington is a good team defender but he’s not capable of guarding George in isolation situations.

This also seems like a game in which the Clippers' role players could feast. Guys like Reggie Jackson and Luke Kennard should get a lot of clean looks and both are capable of burying them.

The Over has hit in three of the last four games that the Clippers have played, and all of them went well over tonight’s number. The average number of points scored in those three games was 233.3 points per game, which shows just how poorly Los Angeles has played defensively lately.

Meanwhile, the Blazers are coming off a game in which they gave up 145 points in a loss to the Boston Celtics, so it's hard to believe this one will be low-scoring.

The Over is 5-2 in the last seven meetings between these two teams and on top of that, the Over is 14-7 when Los Angeles is coming off a division game under head coach Ty Lue.

Portland has failed to cover in any of its last eight games getting points. Not only are the Blazers not winning games when they're expected to lose... they're not even keeping it close. Portland is also 3-7 ATS in its last 10 games following up a straight-up loss, so the Blazers aren’t good at responding to defeats either.

Did you know that if you parlayed today’s NBA Clippers vs. Trail Blazers predictions and picks in a single-game parlay, you could win $26.77 on a $10 bet? 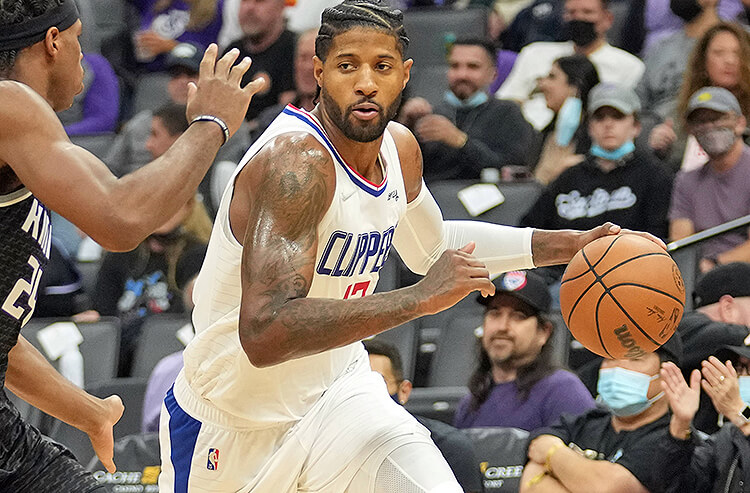 Clippers vs Trail Blazers Picks and Predictions: Back LA Against Lillard-less Portland
Provided by