Bucks vs Suns Picks and Predictions for February 10

It's a busy betting slate in the NBA tonight, with nine games scheduled, including a late matchup of two teams riding hot waves. The Milwaukee Bucks will take a five-game winning streak into the desert to take on the Phoenix Suns, who have won six of their last seven contests (including three straight).

Oddsmakers have pegged Milwaukee, the Eastern Conference's second-best team, as -4.5 road favorites after a recent surge has seen the club climb to a season-high eight games over .500.

Which streak comes to an end tonight? Find out more with our Bucks vs. Suns predictions for Wednesday, February 10, with tip-off set for 10:00 p.m. ET.

After opening Bucks -4 Tuesday night, this line has bounced around today at FanDuel, stretching to -5.5, then back to -4 and sitting at -4.5 as of 3:30 p.m. ET. Point-spread ticket count and money are both running 3/1 on Milwaukee. The total hasn't budged off 226.5, despite the Over grabbing 82 percent of early tickets and 87 percent of early cash.

Watch out, NBA: Milwaukee is now looking like its typical regular-season self after an uneven start, and that's a problem for the rest of the league. The Bucks have not only won five straight, but they've also been smashing their opponents along the way, including the Denver Nuggets their last time out. Milwaukee is 5-0 ATS over the win streak, reeling off double-digit victories in each of those contests.

That's helped the Bucks improve to 13-11 ATS on the season, but they'll face a stiffer defensive test in the Suns, who rank fifth in the league in defensive efficiency and are playing their best basketball of the season.

Phoenix has covered the spread in each of its last six wins and is 14-9 ATS. This could be a great game featuring elite offense versus strong defense, but with key Suns players such as Chris Paul and Jae Crowder (who ranks Top 15 in defensive real-plus minus, according to ESPN, and would help attempt to neutralize Giannis Antetokounmpo) questionable, it could also be a rough go for the Suns. It's also worth noting that the Bucks will be without steady two-way guard Jrue Holiday.

So both teams may be shorthanded for this one, which is a shame, as these are two very good squads coming together at their hottest points of the season. But either way you slice it, Milwaukee is too good to bet against on a low spread, so we’re riding with Giannis and the Bucks in this one.

The Bucks are a terror on offense. There's really no hope of slowing them down - teams have to keep up and hope they can outscore them to win. Milwaukee ranks first in the NBA in offensive efficiency, averaging a league-best 121.3 points per game. They've eclipsed that number in each of their five straight wins, scoring 123-plus in each outing.

Milwaukee's high-scoring offense, led by Antetokounmpo’s 27.3 points per game, has helped the team go Over in eight of the last 11 games.

Phoenix isn't the offensive juggernaut that the Bucks are, averaging more than 10 points fewer per contest than Milwaukee, but it's been getting more from leading scorer Devin Booker as of late. Booker averaged a disappointing 20.2 points per game on 32.1 percent shooting from deep over five December games, but has upped that to 25.2 on 40.6 percent from long range in five games this month. He's coming off a season-high 36-point performance and has dished out 19 assists over his last two games. Phoenix needs Booker to be this player - especially if Paul is out - against a Bucks team that has been improving on the defensive end.

With Milwaukee putting up tons of points against seemingly anyone, and this total lower than what the team is accustomed to at 226.5, we're going with the Over here.

Middleton is averaging a hair under 21 points per game while grabbing 6.1 boards and dishing out a career-high 6.0 assists. He's also shooting a career-best 52.1 percent from the field, 44.8 percent from long range, and 93.8 percent from the charity stripe. He's sitting on a rare 50-40-90 season after just missing out last year.

With Holiday out last game, Middleton handed out a season-best 12 assists and accompanied that with eight boards and 29 points. Look for Middleton to continue to up his playmaking this contest with Holiday sidelined, and put together another strong all-around game. He could easily smash his points, rebounds, assists prop of 32.5, and even if he doesn't, we still like him to go Over here. 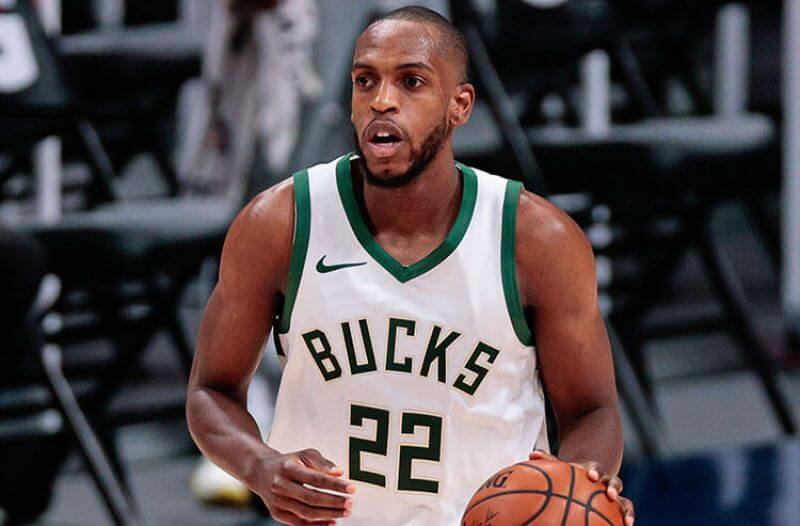 Bucks vs Suns Picks and Predictions for February 10
Provided by