Stephen Curry put Golden State on his back for several stretches in the NBA Finals, and deservedly walked away with his first Finals MVP trophy pairing his fourth title, adding to one of the greatest legacies in NBA history.

The NBA Finals are in the books.

The Warriors have prevailed yet again (and open as NBA Championship odds favorites for next season, too) with Stephen Curry taking home his first Finals MVP trophy after a dominant performance.

Here's a look back at the closing NBA Finals MVP odds prior to the deciding Game 6.

Curry went nuclear in Game 4 when his team needed it the most, pummeling Boston for 43 points on 14-for-26 shooting, pulling down 10 rebounds, and adding four dimes for good measure. It was a deflating explosion that quieted a raucous TD Garden and reestablished the Warriors as NBA title favorites.

That performance and Curry's 34-piece in the close resonate louder than his dud in Game 5. He averaged 31.2 ppg for the series (which is even more impressive given the slow pace and defensive nature of the matchup) on 48/42/86 shooting splits, delivering every bit of silence to pundits who said he couldn't win again without Durant.

Tatum's first trip to the Finals was one to forget.

He was taken out of large chunks of games offensively as Golden State sold out on stopping his penetration and he was basically relegated to a distributor who launched threes.

While Tatum shot well from distance (41.8%, matching Curry's mark), he hit just 36% overall from the field in the series, scoring 21.5 points per game — by far his lowest mark in this year's playoffs.

There's no question Tatum has the talent to re-write his Finals legacy. Still just 24 years old, we likely haven't seen the last of him on this stage.

Sportsbooks will post NBA Finals MVP odds as early as the beginning of the playoffs. These NBA futures are constantly adjusted throughout the postseason depending on how well players perform as well as their team success. Sportsbooks will also adjust the NBA Awards odds based on handle and liability to certain players.

NBA Finals MVP odds will usually look like this:

This means that on a $100 bet, you'll stand to win $410 if Durant takes home the NBA Finals MVP Award. If it's close to the end of the NBA Finals and a player has stood out as the obvious MVP of the series they might have a minus sign (-) ahead of their odds like this:

This means that if you bet on LeBron to win Finals MVP, you would have needed to bet $155 to profit $100.

All of the odds listed above are in American format, but if you prefer decimal or fractional odds, simply plug them into our odds converter tool. 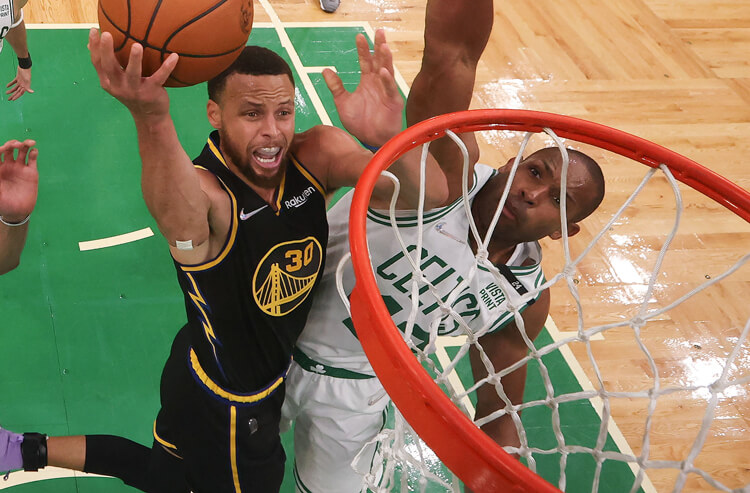