Team LeBron vs. Team Durant is a battle of basketball powerhouses in the 2022 NBA All-Star Game. Oddsmakers are giving James & Co. the edge, and our betting picks echo that sentiment. LeBron could even make a push for MVP during his Cleveland homecoming. 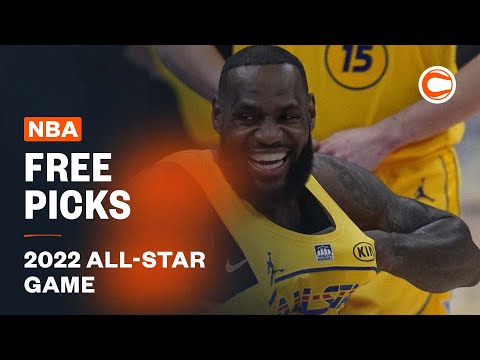 Betting the NBA All-Star Game is often a tricky proposition. Basically, pick a narrative you like and hope it stays true. Case in point, LeBron James returning home to put on a show in front of the Cleveland crowd tonight.

It's Team LeBron vs. Team Durant for the second straight year, but once again, Durant won't be suiting up. Can LeBron keep up his dominance in this format, and will the ASG keep trending towards the Over?

Find out in our free betting picks and predictions for the NBA All-Star Game, Team Durant vs. Team LeBron on February 20.

Team LeBron has been set as a 5.5-point favorite and hasn’t seen much action as of Friday afternoon. The total, on the other hand, hit the board at 319.5 and has already been bet up to 320.5 at some shops. A closing number around here would be the highest total in an All-Star Game since 2018's matchup between Team LeBron and Team Steph, which was an astronomical 334.

It’s not hard to see why Team LeBron is the favorite in this edition of the All-Star Game. James picked Giannis Antetokounmpo, Steph Curry, Nikola Jokic and DeMar DeRozan to start alongside him, while Durant countered with Joel Embiid, Ja Morant, Jayson Tatum, Trae Young, and Andrew Wiggins.

Not that this is a barometer for anything, but that's nine MVP awards to none.

While Embiid is the regular-season MVP odds favorite this year, the rosters still appear stacked in one direction. Giannis is the reigning Finals MVP, Jokic is the reigning MVP (who is arguably having an even better season), Curry is the greatest shooter of all time and DeRozan is having the best season of his career. Durant’s team is starting Andrew Wiggins.

The benches are almost as lopsided. LeBron will be able to call upon the likes of Luka Doncic, Chris Paul, Jimmy Butler, and Donovan Mitchell among others. While Team Durant's best reserves are Devin Booker, Zach LaVine, and Karl-Anthony Towns.

This will also be the third straight All-Star Game that will feature the alternate Elam Ending. The clock will be turned off after the third quarter and a target score of the leading team’s total plus 24 points (in honor of Kobe Bryant) is established to start the fourth quarter. The first team to reach the target score wins the game.

Then, of course, there is the legacy angle for LeBron. He has won the All-Star Game in each of the four seasons since the game has switched to fantasy-draft format, going 3-1 against the spread in the process. Do you think he’s going to return to Cleveland for this showcase and lose? Not a chance. The alarming edge in talent makes Team LeBron a surprisingly safe bet in the 2022 All-Star Game.

The total for this edition of the All-Star Game is probably the more interesting bet. Now, the format changes that have come about in recent years are due to the fact the game was no longer competitive, particularly on the defensive end.

That 374-point farce of a game prompted the change to the fantasy-draft format in 2018. That immediately produced a better result with Team LeBron defeating Team Steph in a thrilling 148-145. It was the first time the total fell below 300 points since 2013.

But the attention to defense didn’t last long as the next year saw Team LeBron and Team Giannis put up a combined 342 points.

Then came the Elam Ending and the last two All-Star Games saw 312 and 320 points respectively. In this format, defense was obviously still optional for three quarters, but that has changed in each of the last two fourth quarters when the clock got turned off, with those frames actually resembling basketball games.

Now, with a bunch of the star power missing from this game, and the fact this format hasn’t gone Over 320, the Under might look solid. But it feels like a crime to bet the Under in an NBA All-Star Game. Plus, a potential lopsided score heading into the fourth could mean a little push from Team Durant late to send this one Over the total.

As mentioned, the All-Star Game is always about narrative. And LeBron can create the biggest narrative heading into this edition: Returning home to Cleveland to put on a show in hopes of trying to get everyone to forget that the Lakers are 27-31 and sit in ninth place in the Western Conference.

Yes, LeBron would love nothing more than to wipe the stank off this Lakers' season and remind everyone how great he is by winning his fourth ASG MVP in front of his hometown fans in one fell swoop.

And it’s not like LeBron is having a down year. The guy is averaging 29.1 points with a 58.8 effective field goal percentage while adding 7.9 rebounds and 6.5 assists in his year-19 season. The stats are actually stupid when you think about it.

LeBron also only put up four points in 13 minutes in last year’s game. In 16 prior All-Star Games, Bron averaged 24.1 points, 6.3 rebounds, and 5.9 assists. Expect a box score more in line with that when this one is all said and done.

It doesn't hurt that a fourth win would move him past Michael Jordan (3) and tie the record for the most all-time with Kobe Bryant and Bob Pettit. LeBron isn’t petty enough to let something like that motivate him here, right? 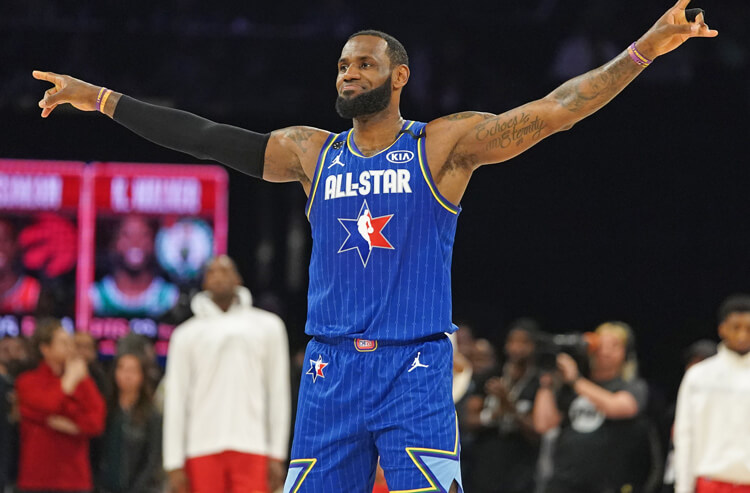