The Rising Stars Game will actually be a mini-tournament this year, and Isiah Thomas' squad looks to have a clear upper hand heading into tonight's event. See why we're rocking chalk with Team Isiah for All-Star Weekend's opening draw.

NBA All-Star weekend tips off on Friday night with the Rising Stars Challenge. This year's edition will feature a new format with a total of 28 players (12 rookies, 12 sophomores, and four players from the NBA G-League Ignite) drafted into four teams coached by NBA 75 members Rick Barry, Gary Payton, Isiah Thomas, and James Worthy.

In the first round, Team Isiah will face off against Team Worthy, while Team Barry takes on Team Payton. The winners face off in the finals in a race to 25 points. Here are the rosters and odds for each team, along with our 2022 NBA Rising Stars prediction for who will win the three-game tournament.

Team Isiah is the favorite in this challenge for good reason. Not only does it arguably have two of the three best overall players in this tournament in Edwards and Haliburton, but it has a well-rounded squad featuring the top outside shooter in Bane, a versatile wing in Bey, and a pair of physically imposing big men in Achiuwa and Stewart.

I can't look at this team without thinking how poorly it's built. Anthony was Worthy's first-round selection and was the worst player to get drafted in the first two rounds, while the majority of the roster is made up of ball-dominant guards with questionable shot selection. Oh, and 6-foot-7, 206 pound Herbert Jones is their only solid defender and the closest thing they have to a big man. Fade, fade, fade.

This team will lean heavily on first-year players and Barry somehow managed to pull off drafting the three highest-scoring rookies in the league in Cunningham, Mobley, and Wagner. It helps that they all get buckets in different ways with Cunningham thriving as the lead guard, Wagner killing it on pick-and-rolls and catch-and-shoot situations, and Mobley tearing it up inside.

A fourth rookie, Sengun, gives this team another true big man, while sophomores Okoro and Tate, along with Daniels bring the defensive ability.

Gary Payton's squad will be led by LaMelo Ball, who was unlucky not to make the All-Star game's initial roster after averaging 20 points, 7.1 rebounds, and 7.5 assists per game. Ball is likely the best overall player in this challenge and will share ball-handling duties with Dosunmu, who has thrived since taking over as a starter for Chicago in January. Barnes is another player that can fill up the stat sheet and represents the length and versatility that this group has.

It can be boring to simply side with the favorite, but Team Isiah simply looks like the best lineup, in terms of both talent and how those players should fit next to each other chemistry-wise.

They should also breeze by Team Worthy in the first round while the other first-round matchup between Team Barry and Team Payton could go either way.

Team Barry has plenty of talent, but those rookies aren't currently on the same level as second-year guys like Edwards, Haliburton, and Bane. Meanwhile, Team Payton could struggle inside against bigs like Stewart and Achiuwa, and that lack of size might even be exposed in the opening round.

We'd be a little more tempted to back Team Payton if they had Chris Duarte and Davion Mitchell. But they lost both guards and replaced them just two days ago, so that's another element that will make it tough to win back-to-back games. 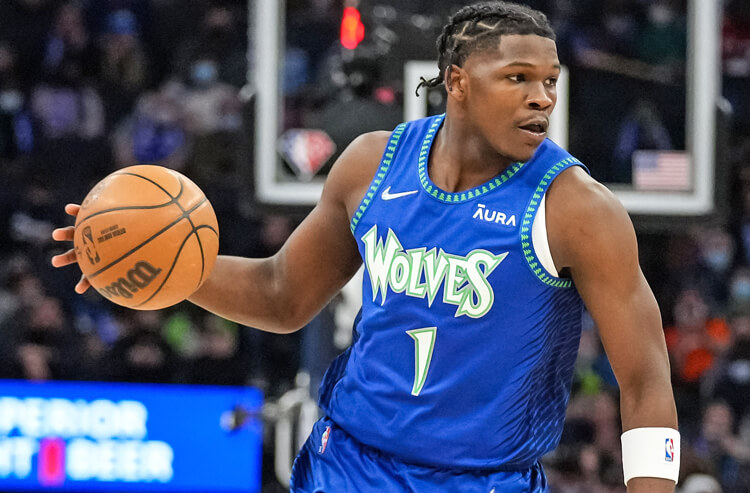