It's a wide-open field for the 2022 3-Point Contest, and some of the NBA's top gunners will be looking to take home the title. But while All-Stars dot the field, we've got our eye on an under-the-radar specialist as the best value.

The 2022 NBA 3-Point Contest happens tonight in Cleveland with eight of the league's best sharpshooters looking to light it up from beyond the arc. With the modern game emphasizing the long ball, this event has featured some of the league's best players, and while this year's challenge won't have last year's winner, Stephen Curry, there are still plenty of stars.

2022's contest features six first-time contestants with Raptors guard Fred VanVleet and Atlanta's Trae Young sitting at the top of the odds board. We break down all the participants with our NBA 3-Point Contest picks and predictions for All-Star Saturday, February 19.

(Odds courtesy of PointsBet, however, they vary from book-to-book, so be sure to shop around for the best odds on your pick.)

Young is one of the league's brightest young stars and is willing to pull up from anywhere. That said, his career-high 38.3 3PT% this season is lower than most of the other guys on the list. And while he nails 3.0 three-pointers per game this season on 7.8 attempts, he typically gets his shots off the dribble and averages just one 3-point attempt per game in catch-and-shoot situations.

He also struggled when he took part in this contest two years ago, finishing with the lowest score of the night at just 15.

He drains his catch-and-shoot threes at a ridiculous 47.4% rate and his strong fundamentals and short elevation on his shot should help him get plenty of shots off.

If you had told me before the season that a Nets player would be on this list and it wouldn't be Joe Harris, Kyrie Irving, Kevin Durant, or the recently-jettisoned James Harden, I would have been skeptical. But Mills has been lights out for Brooklyn this season, averaging a career-high 13.2 points per game and hitting 3.2 3-pointers per game at a 41.4% clip.

The Australian is averaging a league-best 2.6 catch-and-shoot threes per game at a conversion rate of 42.9%.

Many fans pointed and laughed at the Clippers brass when they handed Kennard a four-year $64 million contract last summer but he's been their most reliable outside threat. Kennard is averaging 2.0 3-pointers made per game at a 44% clip since joining the Clips two years ago.

The Duke product thrives on catch-and-shoot plays, draining 2.2 of 4.8 attempts per game this season for 46.2% — just slightly behind VanVleet and Zach LaVine for third among all qualified players.

There were some concerns with LaVine's health after he sought out a specialist for his knee but the Bulls guard has been cleared for the All-Star weekend. This will be his third straight appearance in the contest after getting eliminated in the first round of the last two years despite putting up scores of 22 and 23.

The second-year swingman is enjoying a breakout year with the Grizzlies, putting up 17.9 ppg with 2.9 three-pointers per game and a 41.9 3PT%. While he attempted fewer threes as a rookie last year, he still converted at a 43.2% clip.

Bane is one of the league's most accurate shooters from the top of the arc (46.8%) while many other shooters rely on corner threes and slightly closer looks at the basket from the wing.

McCollum took his shooting skills to New Orleans at the trade deadline and is sinking 37.9% of his three-point shots this season. Although McCollum is a dangerous scorer, his 37.9 3PT% and 39.7% rate on catch-and-shoot attempts is lower than everybody else in the contest.

Towns is the requisite big man in the contest this year and brings up the rear at +1,200. KAT has incredible range and touch for a center, draining 2.1 threes per game with a 40.9 3PT%. He has converted on more than 40% of his treys in four of his last five seasons.

Towns is a fantastic outside shooter for a seven-footer, but he doesn't have the release speed of the others on the list and isn't as much of a three-point specialist.

In such a wide-open race, there's value on pretty much everyone, but Kennard might be the best bet at 5 to 1. He might be the worst ball-handler and all-around scorer on this list, but he specializes in doing exactly what this event demands: setting his feet and draining threes at an extremely high rate.

He should also be extremely motivated since he'll be playing in his home state and has been very vocal about wanting to take part in this contest, even saying "It's been a dream of mine since I was a little kid growing up."

It's also worth noting that, while he has yet to participate in this event, he won the McDonald's All-American three-point contest in high school, defeating current Mavs guard Jalen Brunson in the finals. 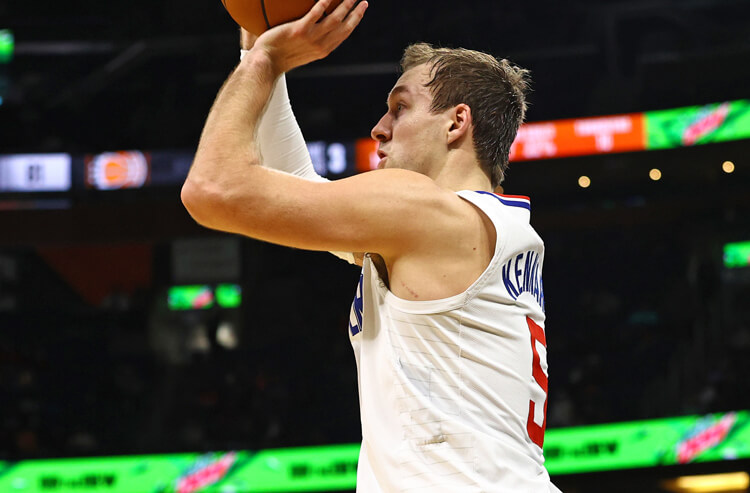