Gareth Bale's infusion into an already-cruising LAFC side should be truly worrisome for the rest of the MLS, especially the Seattle Sounders, who are in a precarious position and struggling to score on the road. Find out more in our MLS betting picks.

LAFC looks to consolidate their first-place position when they host the Seattle Sounders on Friday night at the Banc of California Stadium.

The Sounders are a point adrift of L.A. Galaxy, who hold the all-important seventh and final playoff spot, with five games remaining. LAFC are four points clear atop the Western Conference and, to secure a bye for the first round of the playoffs, need to hold off an upstart Austin FC, a team making waves in only their second MLS season.

Let’s preview the matchup with our best MLS betting picks for Friday, July 29.

The late start of the fixture will allow the temperature to drop nicely in time for kickoff. The temperature is expected to be about 73F with light 6 mph winds, 61% humidity, and no chance of precipitation.

LAFC were already flying high when Gareth Bale touched down in Los Angeles to start a new chapter of his storied career. While the Black and Gold weren’t in need of any assistance, they will nonetheless be buoyed by the former Real Madrid legend’s arrival. Bale scored his first MLS goal in a cameo appearance against Sporting Kansas City during his second game.

It will take a while for the aging, injury-prone Welshman to adapt to the stifling humidity and sweltering heat that is so prevalent at this time of year. Bale played most of his career in Spain, but is used to playing during the winter.

The 33-year-old will invariably add goals to LAFC. Even though his pitch time during his loan spell at Tottenham was limited, Bale contributed with the highest goals-per minute output of any player aside from Harry Kane. Bale also was directly involved in two-thirds of the goals Spurs scored when he was on the pitch. The Welshman was a fringe player at Real Madrid during the latter stages of his career in Spain, but has otherworldly game-breaking talent that will massively benefit LAFC.

LAFC was the best team in the MLS even without Bale’s sensational left boot. The Black and Gold have won three in a row and seven of their last 10. LAFC is the Western Conference’s best home team, winning four straight and eight of 11 encounters at Banc of California Stadium.

They’ve taken 26 points from a possible 33, and scored in bundles in front of their raucous fanbase. With 26 home goals, LAFC has the most prolific and potent offense in the Western Conference. Bale’s presence will further exacerbate the disparity between LAFC and the chasing pack.

The Sounders will understand acutely what they’re walking into on Friday night. In conjunction with the collage of LAFC’s impressive home stats, Seattle doesn’t fare well at Banc of California Stadium, where the side has managed a single measly draw in its last five visits. However, the Sounders’ only win at Banc of California Stadium came when it mattered most — the 2019 Western Conference Final.

There is some good news for Seattle in advance of kickoff. LAFC hasn’t won more than three successive matches in MLS since a five-game winning streak in 2019. Seattle boasts an incredibly stingy defense and has conceded just 12 goals in 10 away matches, the third-fewest in the conference. That would be all well and fine if the Sounders could occasionally muster a few goals of their own. They’ve only scored eight goals on their travels and have the dubious record of four 1-0 away defeats, the most in MLS.

If Seattle is going to leapfrog Portland and the Galaxy to snatch seventh place and a berth in the postseason, they’re going to need to figure out how to be more expansive on the road. Though figuring out their offensive woes will have to wait another week, as the Sounders will almost assuredly have their hands full with a relentless LAFC attack.

Look for LAFC to win their fourth straight match for the first time since 2019, probably by a 2-0 scoreline.

While the Black and Gold are rampant at home and usually score at will, they’re up against a well-drilled, extremely organized Sounders’ defense. Only LAFC and the Galaxy have conceded fewer away goals, which should make things more difficult for Steve Cherundolo’s side.

Combine that with the fact that Seattle hasn’t scored a goal in four of their last six away games. The other two saw the Sounders keep a clean sheet, even more reason to back the Under.

If you require more ammunition to support your Under decision, Seattle’s last six away games have seen less than three goals, and eight of their 10 on the road have resulted in the Under.

LAFC is almost guaranteed to score a goal or two. They’ve only failed to score twice this season and have bagged 11 goals in their last four at home. Look for the Black and Gold to score two without a return from the struggling visitors.

It’s a bet that offers excellent value. If you feel brave enough, lock in a 2-0 LAFC victory. 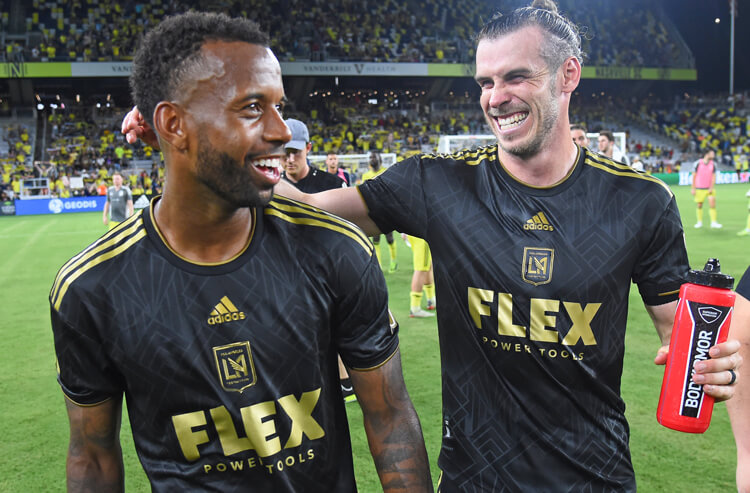