LAFC have spent most of 2022 in cruise control but as playoffs approach, they need to wake up. Portland isn't the place for a kind awakening, as the Timbers have been superb at home — something our MLS betting picks expect to continue.

Winning just two of their last seven matches isn’t a particularly good look for LAFC, who, despite their recent struggles, are still favorites to win the Supporters’ Shield. They are tied atop the MLS table with Philadelphia on 64 points with two games to play.

Portland is enjoying its best soccer at precisely the right time. The Timbers, amid a five-game unbeaten streak, have won three straight at home and haven’t tasted defeat at Providence Park since May 22, a nine-game run. Keep reading for our free Portland Timbers vs. LAFC picks and predictions.

With almost no cushion, Portland doesn’t have the luxury of taking its foot off the pedal. Since returning from June’s international break, Portland has lost two games. Only Cincinnati, with a single defeat, has lost fewer. Portland’s unbeatable form in recent weeks makes it a strong sleeper going into MLS playoffs, should it qualify.

The Timbers’ pending qualification might come down to Sunday’s result against the Western Conference’s premium outfit. However, Giovanni Savarese and his coaching staff won’t fear LAFC entering proceedings. Portland is not only one of the conference’s best home teams, but it also hasn’t lost a match against LAFC in six straight.

That’s the longest unbeaten streak of any MLS side against high-flying LAFC. Portland is the joint-fourth best home team in the Western Conference, taking 30 points from 16 games. Its nine-game home unbeaten streak dates back over four months, underpinning how unforgiving and proficient it is at Providence Park.

LAFC have secured first place in the conference for some time, which is both a privilege and a curse. While the Supporters’ Shield is still on the cards, LAFC have endured an extended period without anything else to push and motivate them.

Complacency has set in, leading to the conference’s top side going five straight without an away win. That doesn’t bode well for Steve Cherundolo and his side, who can ill-afford another poor road result with the playoffs beckoning.

While flipping the switch is easier said than done, LAFC were far improved in their last away outing, a 1-1 draw in Minnesota. Look for Cherundolo to take the same approach against one of the league’s best home teams in recent months.

Despite their recent road woes, LAFC still has the Western Conference’s joint-second best road record, taking 23 points from 16 matches. In addition, Cherundolo’s side has scored the most goals (25) in enemy territory and conceded the third-fewest (22).

Portland cannot afford a loss in its penultimate game, especially with the all-decisive Cincinnati game lying in wait.

Expect a much better version of LAFC for this contest, which should result in both teams taking a share of the spoils.

Portland has won its last three home matches by a single goal. Being a part of nip-and-tuck games is a hallmark of Savarese’s side. Along with 11-one goal games, the Timbers have tied 13 matches, the joint-second most in MLS.

Only the Crew, who they tied 1-1 in Columbus on Sept. 18, have more draws (15). However, that draw against Columbus was Portland’s only stalemate in seven previous outings.

LAFC have four draws thus far but left Minnesota with a share of the spoils in their last away game. The contest will ensue like a playoff game, so expect both teams to nullify space and tighten up at the back.

The Over/Under market has been a mixed bag for the Timbers at home, who’ve seen five Overs and four Unders during their nine-game home unbeaten streak. Their last two matches resulted in the Under, while the previous five saw three or more goals.

LAFC tend to play more Overs thanks to their dynamic offense and stingy defense. They have 64 goals on the season, tied with Austin for the most in the conference.

Five of LAFC’s last six road games resulted in the Over. However, their previous road contest ended 1-1, the lone Under. Before the 1-1 draw in Minnesota, Cherundolo’s side was way too slack and porous defensively, leading to four successive defeats.

Look for Cherundolo to emphasize keeping things tight at the back. Going into the playoffs with a porous defense isn’t a formula for success, no matter how prolific your offense is. Expect the Under.

The temperature will be 86 Fahrenheit for the afternoon kickoff. Winds will be 6 mph, and humidity is expected to be 29%. Currently, there is no chance of precipitation. 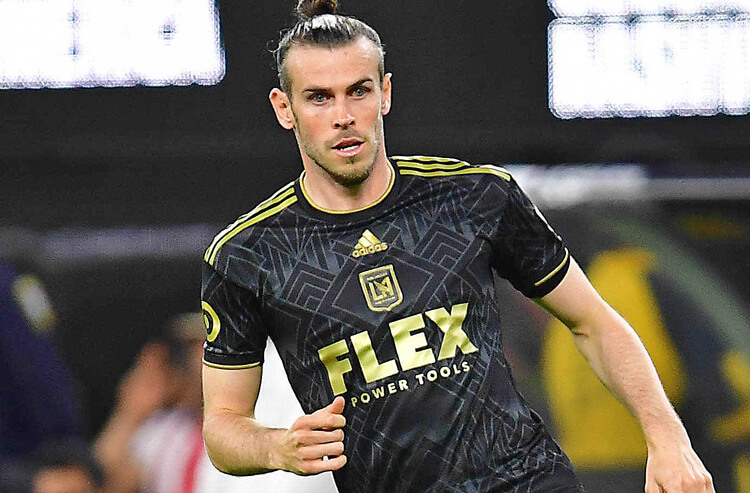