The New York Redbulls have just one win over their last five games and look to bounce back this weekend in Jersey against Toronto FC. Read more on why we're siding with the home squad in our Red Bulls vs. TFC betting picks.

The New York Red Bulls have seen a strong start go by the wayside, and seek just their second win in seven matches as they welcome Toronto FC to town on Saturday afternoon.

The Canadian outfit is coming off a 3-2 win over Chicago that ended a five-match losing skid, as they see their first road victory of the season. Toronto has lost 14 of their last 18 trips away to the Red Bulls, and New York will be keen to push their unbeaten run against the visitors to seven straight at Red Bull Arena.

Home has not been the kindest to the Red Bulls this season, but they have a terrific chance to improve that form against a struggling Toronto squad. Here are our New York Red Bulls vs Toronto FC picks and predictions for Saturday, June 18.

The weather could be a concern for the match on Saturday. Temperatures will be in the mid-60s throughout the contest, with no precipitation expected, but winds will be in the teens with gusts of up to 30 miles per hour could impact proceedings.

This season has been an odd one for the Red Bulls. While most teams prefer to play at home, that was not the case for New York as they tied an MLS record with five straight away victories to start the season. On the flip side, they did not pick up their first home win until their seventh match, a 4-1 victory over DC United.

However, they’ve now gone three straight without a win as a pair of 2-0 defeats sandwiched the victory over DC United. One of the few teams to play during the international break, the latter of those 2-0 losses came at the hands of Charlotte FC last weekend in a match that saw their attack fail to register double-digit shots for the first time in nearly a calendar year.

The defense was clearly missing center back Aaron Long, who was away on national team duty, and now they will be without forward Patryk Klimala on the attack. The MLS disciplinary committee suspended the striker earlier this week following an incident with Charlotte’s goalkeeper.

Bob Bradley will hope the time off provides his side a chance to get healthier than they've been much of this season. Injuries have plagued his side, but multiple individuals returned to practice and could return to action soon. They picked up their first victory in seven tries just before the international break, as they defeated the lowly Chicago Fire 3-2 in comeback fashion. They jumped out to a 1-0 lead but needed a second half brace from forward Alejandro Pozuelo to secure the victory.

Toronto has conceded 27 goals this season, the most in the East, and are still seeking their first clean sheets in a club-record 22-match span. While their offensive output has improved in the past two matches, it came against two of the worst teams in the league. The Fire, who scored just 11 goals in their first 12 contests, were able to put two past Toronto’s defense — a unit that has conceded 12 times in their last five road matches.

With just three points away from home in seven outings, Toronto’s road form has been abysmal. The goals have dried up for striker Jesus Jimenez, who has not found the back of the net in his last six outings, and they’re bleeding goals at the other end. While the Red Bulls have struggled on offense as well lately, they’ve shown they can score in bunches against the lesser teams in the East.

Toronto may also be missing midfielder Jonathan Osorio (questionable) for the match, and his absence would be a huge blow against the pressing Red Bulls. Scoring three goals against the Fire and four goals against DC United, New York have displayed the ability to put away bad teams at home.

In their last 18 trips to face the Red Bulls on the road, Toronto has lost by three or more goals on six different occasions, and 14 of their last 18 visits have seen them on the losing end. With no value on the money line, take the one-goal spread for a safeguard against a slim victory, while winning if Red Bulls have their shooting boots on.

In their last seven matches, Red Bulls have scored just one goal before halftime and that came from the penalty spot. They’ve failed to score in the first half in each of their last three outings and now go against a Toronto side that, while not the best defensively, have actually conceded just one first half goal in their last four matches.

First half trends are one of my favorite ways to find betting value, especially with teams who tend to struggle early and then make their pressure pay off late. In a match where the odds are so one-sided for a team and lots of goals are expected, this is a perfect example of that value.

I could see a goal scored in the opening 45 minutes here, but it’s hard to see two given how these two have played of late. Take the Asian total Under to avoid the heavy first half juice.

Building on that previous discussion, the halftime score in eight of New York’s 15 matches this season have gone scoreless.

Just 12 goals have been scored in the first half of their matches this season, five of them coming in their 4-1 win over Toronto in the second match of the season. While that scoreline would lead one to potentially bet against the trend, it must be kept in mind that the match took place three months ago and both offenses have stalled significantly since then.

Of the 19 goals scored in New York’s last six matches, 16 came after the halftime intermission. As for Toronto, the trend has held true as well for them, with just three of the 11 goals scored in their last four matches coming during the opening 45 minutes.

For me, this is a simple decision. Hammer the second half getting more goals in a match that once again should see Toronto fade late.

Pick: Highest-scoring half - second half (+102 at FanDuel) 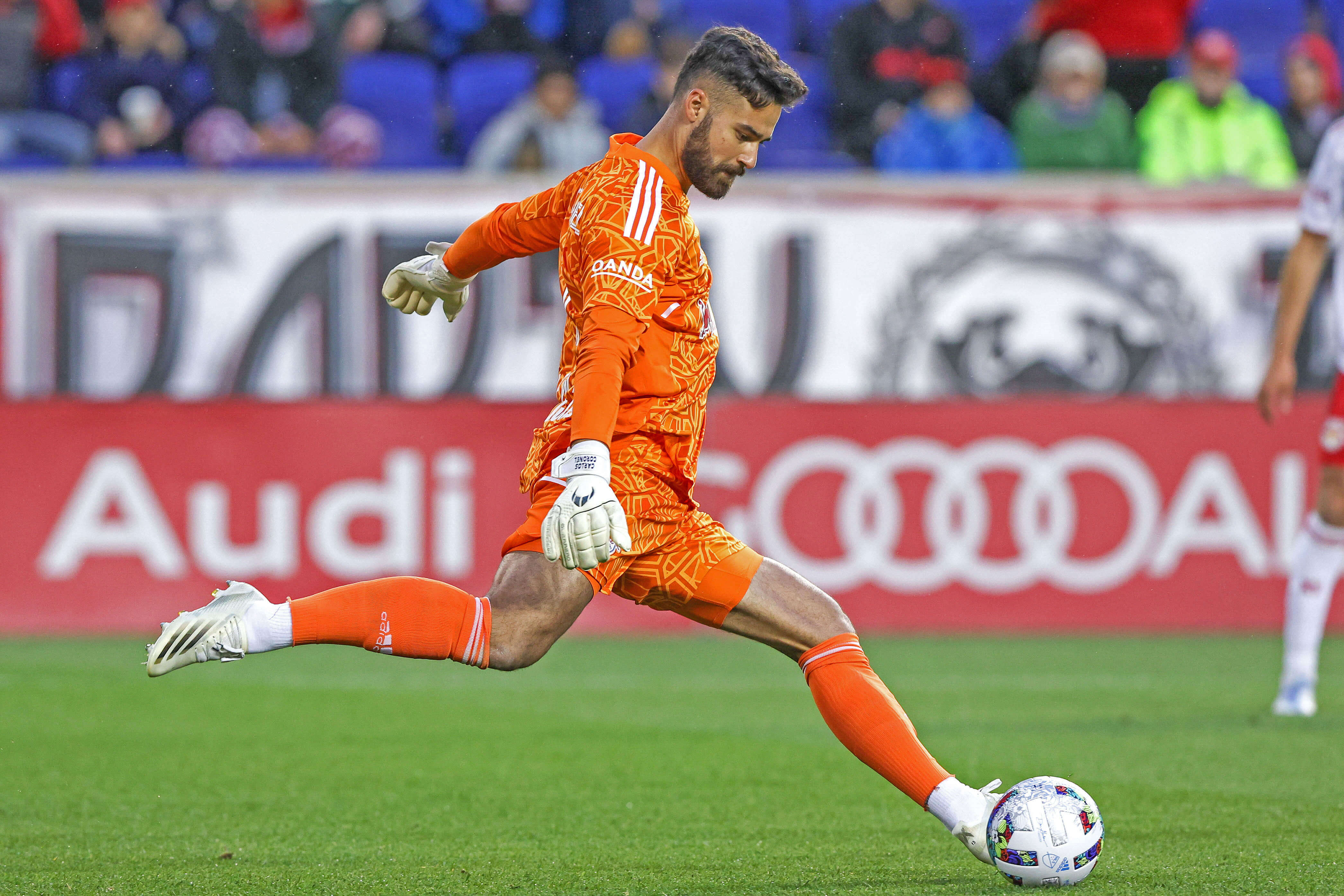