Detroit's top pitching prospect Matt Manning will make his MLB debut against an Angles team that has averaged 6.91 runs per contest over the last 11 games. Oh, and he'll be opposed by Shohei Ohtani. Find out who we like with our Tigers vs. Angels picks.

It’s Sho-time tonight in Los Angeles as two-way star Shohei Ohtani takes the ball for the Angels who will play host to the Detroit Tigers.

While Ohtani and the Angels are big favorites in this American League matchup it is the Tigers who enter this game with momentum, having won three in a row while the Halos have dropped three straight. So, do the Tigers have value as underdogs?

Check out our free MLB betting picks and predictions for Tigers vs. Angels on Thursday, June 17, with first pitch scheduled for 9:38 p.m. ET.

Matt Manning (MLB debut): Manning is the Tigers' top-rated pitching prospect and will be making his MLB debut in this one. The 6-foot-6 right-hander has a fastball that sits in the mid-to-high 90s and can touch 100. He also has a plus curveball. But he’s had a tough season at Triple-A Toledo with an 8.70 ERA and a 1.55 WHIP.

Shohei Ohtani (2-1, 2.85 ERA): Everyone knows Ohtani is dangerous at the dish but the reason Ohtani is the betting favorite to win the AL MVP is because of how good he’s been on the bump as well. The right-hander has a fantastic ERA and is limiting opponents to a .172 batting average while striking out nearly 13 batters per nine innings.

The Over is 5-0 in Tigers' last five games vs. a right-handed starter. Find more MLB betting trends for Tigers vs. Angels.

The Angels enter this game on a losing skid after getting swept by the A’s. The series halted a run that saw the Angels win eight of nine games, so they’ll hand the ball to Ohtani in hopes of stopping the bleeding. The right-hander has gotten his strikeout touch back over the last couple of games.

Ohtani has allowed four runs on nine hits while striking out 18 in 11 innings pitched over his last two starts. And although the Tigers come into this game having won three in a row, Ohtani must be salivating at this matchup.

Detroit swept a reeling Kansas City team but still ranks 25th in scoring, 27th in batting average, and 25th in OPS. But most importantly for Ohtani, the Tigers rank next to last in strikeouts, getting punched out 10.15 times per game.

The Tigers, meanwhile, are starting a guy who is making his MLB debut against an offense that, despite missing Mike Trout for a large period of time, ranks eighth in scoring, fifth in average, and 10th in OPS. Then Manning hands the ball to a Detroit bullpen that ranks 28th in ERA.

With no value in the moneyline, take a chance on the Angels to cover the runline.

When it comes to the total the heavy lifting will have to be done by the Angels if this one is to go Over the number. And they are more than capable of that. Despite getting swept in their last series, the Angels are plating 6.91 runs per contest over their last 11 games with the Over going 10-1 in that span.

And while the Tigers aren’t a great offense, they just scored 20 runs in three games against the Royals. And at some point, Ohtani will have to hand the ball to a shaky bullpen that ranks 24th in ERA and 27th in WHIP. Bet the Over to keep trending in this one. 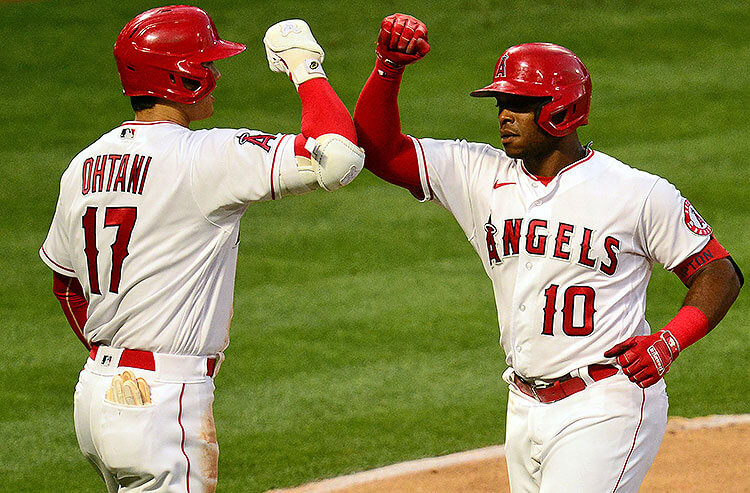 Tigers vs Angels Picks and Predictions: Enjoy the Sho
Provided by