Cubs vs Mets Picks and Predictions: Stro Puts on Show in Finale

New York will look to complete a four-game sweep over Chicago at Citi Field on Thursday night. Expect good pitching for the series finale, with Marcus Stroman and Kyle Hendricks taking the bump. Find out who we like in our Cubs vs. Mets betting picks.

The New York Mets will have to put the injury to Jacob deGrom out of their minds as they go four the four-game sweep of the Chicago Cubs tonight at Citi Field.

Luckily, the Mets get to hand the ball to electric right-hander Marcus Stroman who has been fantastic this season. The Cubs counter with Kyle Hendricks with hopes of fixing their road woes. But where's the betting value?

Find out with our free MLB picks and predictions for Cubs vs. Mets on Thursday, June 17, with first pitch scheduled for 7:10 p.m. ET.

Kyle Hendricks (8-4, 4.46 ERA): Hendricks has turned it around lately after a slow start to the season. The soft-tossing right-hander has pitched to a 2.93 ERA and a 1.08 WHIP over his last six outings, all of which have been quality starts.

Marcus Stroman (6-4, 2.33 ERA): Stroman is a master of messing up a hitter’s timing with his hesitations in his delivery and mix of pitches. The right-hander has recorded a quality start in each of his last five outings, pitching to a 1.74 ERA and a 1.03 WHIP over that stretch.

The Mets are 4-0 in Marcus Stroman's last four home starts vs. a team with a winning record. Find more MLB betting trends for Cubs vs. Mets.

Mets ace deGrom left yesterday’s game after three perfect innings where he struck out eight of the nine batters he faced. But the Mets were able to hold on for the 6-3 win, their third in a row and eighth in their last 10 games overall.

Now, they hand the ball to Stroman as they go for the sweep. The righty is arguably having the best season of his career, pitching to a 2.33 ERA and a 1.07 WHIP while limiting opponents to a .226 batting average.

He faces a Cubs team that has hit a wall in this series and is now 14-20 on the road. Chicago has plated just seven runs over the first three games against New York and probably isn’t looking forward to facing another strong right-hander.

Over their last 14 games, the Cubs are hitting just .185 against right-handed pitchers, which ranks dead last in MLB over that stretch, while also ranking 28th in OPS.

Countering Stroman is Hendricks, and while the right-hander has been pitching much better of late he still has an opponent batting average of .284 for the season and has surrendered eight home runs over his last four starts.

He faces a Mets team that has trouble scoring at times, but the club ranks eighth in batting average and 15th in OPS against right-handed pitchers. All things considered, this is a good price on the Mets.

Game 3 ended the Under run in this series with nine runs scored, easily eclipsing the total of 6.5. deGrom leaving the game was a big part of that but the Mets scoring six runs was the other part. But the Mets won’t be facing a seldom-used Triple-A call-up in the finale.

Hendricks has found his control and hasn’t allowed more than three earned runs in a start in each of his last six games. The other thing about Hendricks is that he is pitching deep into contests, throwing at least six innings in every game during that stretch. He then has the support of a bullpen that ranks first in ERA and opponent batting average.

Hendricks and that 'pen face a Mets lineup that's playing better of late but still ranks 23rd in scoring at 4.04 runs per game. And even though New York plated six runs yesterday, that was just the fourth time in the last 14 games it scored more than four runs in a contest.

Pitching will be the story in this one, so bet accordingly. 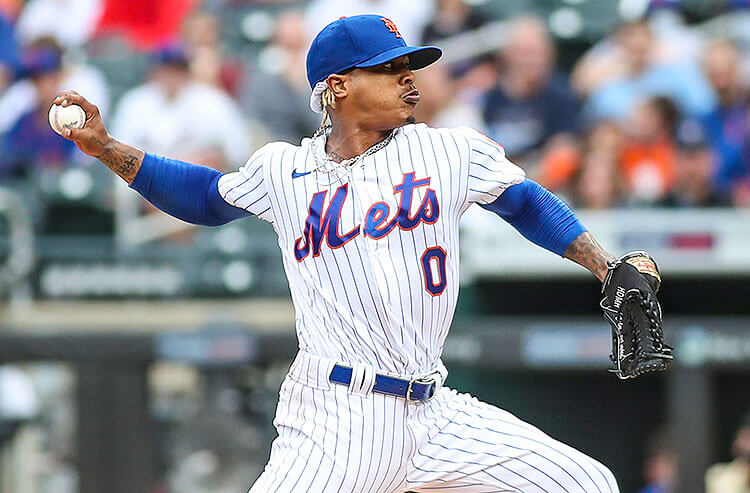 Cubs vs Mets Picks and Predictions: Stro Puts on Show in Finale
Provided by