We like Angels two-way star Shohei Ohtani to take advantage of the strikeout-prone Tigers tonight, and also like Kevin Gausman to do the same to the woeful Diamondbacks. Check out all our best MLB prop picks for June 17.

It is a bit of a lighter schedule in Major League Baseball with just 10 games on the slate, but that doesn’t mean there isn’t plenty of value to be had in the MLB prop betting markets.

Today, we look at a trio of starters. Can Kevin Gausman bounce back after a mediocre start? Will Marcus Stroman continue the Cubs' road woes? And it’s Sho-time in Los Angeles as Shohei Ohtani takes the ball when the Angels host the Tigers.

We break down and pick these games with our best free MLB prop bets and predictions for Thursday, June 17.

Gausman’s resurgence has been one of the biggest in baseball this season and one of the reasons why the San Francisco Giants rotation has been so good.

The right-hander will look to keep rolling as he takes the ball against the visiting Arizona Diamondbacks who are one defeat away from breaking the all-time record for consecutive losses on the road at 23.

Gausman has simply been dominant this season, pitching to a 1.43 ERA with a 0.78 WHIP, and is striking out 10.7 batters per nine innings. He's coming off one of his worst starts of the season, lasting just four innings and allowing two runs on three hits and two walks while striking out four.

But that start might actually give us some value on his strikeout prop today. Prior to that start, Gausman had struck out seven or more batters in six consecutive outings, which includes racking up nine punchouts against this same D-backs team back on May 25.

Bet Gausman to get back on his K-train in this one.

It was tough for Mets fans to watch Jacob deGrom leave the field after throwing three perfect innings with eight strikeouts, but the team and fans will have to move on from it quickly as New York goes for the four-game sweep of the Cubs.

Luckily, the Mets have plenty of depth in their rotation behind deGrom and that begins with today’s starter, Stroman. The fiery right-hander is having an excellent season for the Mets, pitching to a 2.33 ERA and a 1.07 WHIP while limiting opponents to a .226 batting average.

He goes up against a Cubs team that has hit a wall in this series and is now 14-20 on the road this season. They are also probably not looking forward to facing another right-hander. Over their last 14 games, the Cubs are hitting just .185 against right-handed pitchers, which ranks dead last in MLB over that stretch, while also ranking 28th in OPS.

They have also totaled just 13 hits in this series, which works out to 4.33 per game. We’re betting Stroman and his good mix of pitches and delivery hesitations will continue to keep the Cubs off balance.

We hope we'll be able to bet the fabled Sho-time Special as the two-way star is expected to pull double duty when the Angels host the Tigers tonight.

There's a reason Ohtani is a top betting favorite to win AL MVP. He's literally the only player in baseball who can be a league leader in home runs and OPS while also pitching to a 2.85 ERA and striking out nearly 13 batters per nine innings. Simply put, Ohtani is the closest thing we’ve seen to Babe Ruth.

So, what is the Sho-time Special you ask? Well, it means we are betting Ohtani’s strikeout and total bases prop in the same game, but sportsbooks are usually slow to post total bases props (if at all) when he pitches. So, keep your eye on that before first pitch.

For now, let’s look at the strikeouts. Ohtani has picked up the Ks again after a bit of a lull and has struck out 18 batters in his last 11 innings. Now he faces a Tigers team that strikes out the second-most in baseball at 10.15 times per game.

Bet the Over here and enjoy the Sho. 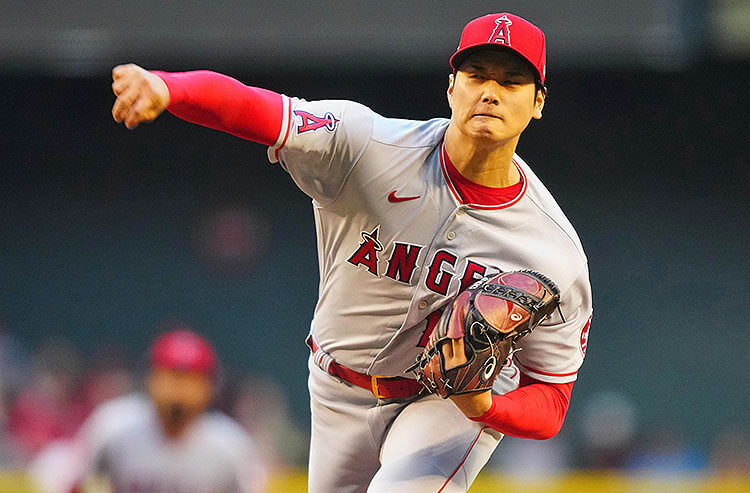 Padres vs Giants Picks and Predictions: Do the Dogs Have Value?
Zachary Cohen | Sep 16, 2021

Diamondbacks vs Dodgers Picks and Predictions: D-Backs Aren't the Ones to Cool Dodgers
Zachary Cohen | Sep 15, 2021