Red Sox vs Yankees Picks and Predictions: (Game) 1 for the Money

It's always a hyped event when the Yankees and Red Sox meet, but with an AL Wild Card berth on the line, there's even more drama to today's doubleheader. Get your best bets for Game 1 with our Red Sox vs. Yankees picks.

The MLB betting board for Tuesday is headlined by a doubleheader between the Boston Red Sox and New York Yankees.

It's always a big event when these two historic rivals square off but even more could be at stake today with an AL Wild Card spot on the line.

Here are our best free Red Sox vs. Yankees picks and predictions for Game 1 on Tuesday, August 17, with the first pitch scheduled for 12:05 p.m. ET.

Tanner Houck (0-3, 2.93 ERA): Houck returns from Triple-A to start the first game of this doubleheader. The Red Sox are showing patience with the talented young righthander as he has made just eight appearances this season but he has performed well when given the chance, fanning 44 batters in 30 2-3 innings and posting a 1.14 WHIP. He's actually coming off the worst start of his career, allowing four runs (three earned) in five innings against Tampa Bay last Thursday.

Jordan Montgomery (4-5, 3.69 ERA): Montgomery rejoined the team this weekend after testing positive for COVID-19 two weeks ago. The lefthander is putting together his best season as a pro, pitching to a 1.19 WHIP and holding opponents to a batting average of .235 in 21 starts. He hasn't pitched since August 1, when he held the Marlins to four hits and one run across five innings.

The Under is 6-0-1 in the last 7 meetings. Find more MLB betting trends for Red Sox vs. Yankees.

The New York Yankees have gone on a 20-8 run and are now just 1.5 games behind Oakland and 2 games behind Boston for a Wild Card berth. The Red Sox have won four of their last five games but they've definitely cooled down after a torrid start to the year, going just 7-12 in their previous 19 contests.

The BoSox are one of the best hitting teams around, ranking second in the majors with an OPS of .770 this season and bumping that number up to .858 over the last 15 days. The Yankees have been an abject disappointment at the plate this year, ranking 17th with an OPS of .721 and, despite their overall success since the All-Star break, their OPS of .733 since then is nothing to write home about.

In the pitching matchup, we get Boston righthander Tanner Houck going up against New York southpaw Jordan Montgomery. They actually faced off against each other less than a month ago, with neither pitcher allowing an earned run but both squads getting to each others' relievers, resulting in a final score of 5-4 in favor of Boston.

Houck doesn't pitch late into his starts but he has been effective when he does take the mound, and the seven innings in today's doubleheader should see him log a significant percentage of game time. Montgomery is making his first start since recovering from COVID-19 but looked very sharp before that, allowing just one earned run and 12 hits through 15 2-3 innings in his previous three starts.

Boston has been the more productive team at the dish this season but the Yankees are very strong on paper and have been playing very well as a team recently. The Red Sox might have enjoyed a fair bit of success against the Yankees earlier this season but the Bronx Bombers are now the ones with the momentum. With Boston just 2-8 in its last 10 games on the road, back the home side this afternoon.

Even with the Yankees hitting better lately, they are still averaging a modest 4.52 runs per game since the All-Star break. And although the Red Sox are sixth in the MLB in scoring with 5.05 runs per game, that number drops to 4.53 on the road.

Houck doesn't have much experience, but he has shined in the nine career starts he has been given, going 3-3 with a 2.27 ERA, 1.08 WHIP, and an OBA of .204 in 43 2-3 innings. Perhaps more importantly for bettors, the Under has gone 6-0 in Houck's six starts this season while also cashing in each of Montgomery's previous five starts at home.

The BoSox have also gone below the total in six of their previous eight games on the road while the Yankees are 17-7 to the Under in their last 24 contests overall. With the Under going an impressive 6-0-1 in the last seven meetings between these rivals this season, follow the trends and bet it tonight. 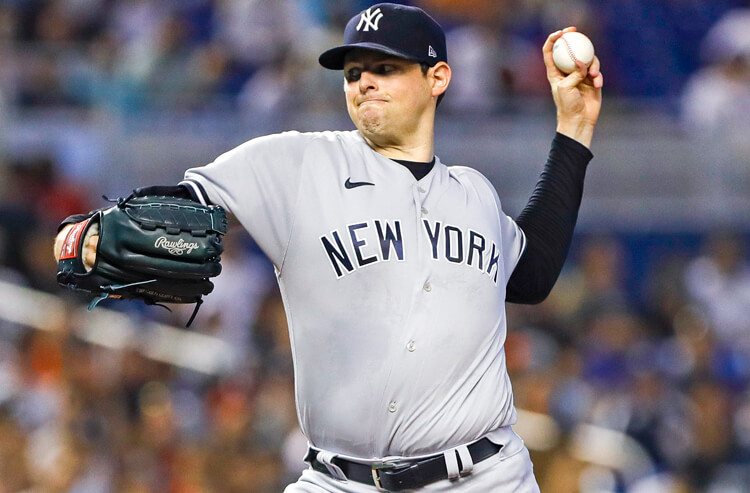 Red Sox vs Yankees Picks and Predictions: (Game) 1 for the Money
Provided by