The Boston Red Sox and Toronto Blue Jays finish up a three-game set on Thursday night after splitting the first two games in this series.

The BoSox are in first place in the AL East but only 1.5 games separate them from the third-place Jays, who are installed as -141 favorites at their new home field in Dunedin, Florida.

Here are our best free Red Sox vs. Blue Jays picks and predictions for MLB betting action on Thursday, May 20, with the first pitch scheduled for 7:37 p.m. ET.

Nick Pivetta (5-0, 3.16 ERA): The veteran right-hander has been solid in his first season in Beantown, pitching to a 1.17 WHIP and an opponent batting average of .189 in 42 2-3 innings through eight starts. In each of his last two outings, against the Angels and Orioles, he allowed a pair of runs over six innings.

Steven Matz (5-2, 4.29 ERA): The southpaw looked dominant in his first three starts for the Jays this season but then hit a snag from April 23 to May 8 when he allowed 17 runs over 18 2-3 innings. Matz did bounce back in his last appearance, though, going five scoreless innings and fanning nine batters versus the Phillies.

The temperature is expected to be 84 degrees Fahrenheit and mostly sunny for first pitch, with 15 mph winds blowing East. Wind gusts of 20 mph are also expected. Be sure to monitor the gametime conditions with our MLB weather info.

The Red Sox are 13-3 in their last 16 games as an underdog. Find more MLB betting trends for Red Sox vs. Blue Jays.

Both of these AL East squads have played well recently with the Red Sox coming off a 7-3 win against the Jays last night to improve to 4-2 over their last six games.

Despite that defeat, the Jays have won six of their previous eight contests and will be looking to close the gap in the division standings with another win tonight.

Both teams have also been very impressive at the plate this year, with the Red Sox leading the majors with an OPS of .771 and the Jays ranking sixth at .743. With both sides capable of mashing, this game will likely come down to which team gets better pitching.

Lefty Steven Matz has flashed some promise for the Jays but has also been very inconsistent After a four-game stretch this season where he pitched to an 8.20 ERA, as well as a brutal 2020 season where he posted a 9.68 ERA with the Mets, it's hard to trust him. Especially with the Red Sox batting .276 with an OPS of .772 against southpaws.

Red Sox starter Nick Pivetta has been marginally better this season and has certainly been more consistent, allowing two runs or fewer in six of his eight starts.

Although the BoSox rank fifth in the majors in scoring with 5.09 runs per game and the Jays are just one spot behind them at 4.95 runs/game, there's reason to consider taking the Under on the lofty total of 10 tonight.

While Matz has been inconsistent, he has also been lights out at times and the Blue Jays bullpen has looked strong, pitching to a 3.06 ERA.

Pivetta has been Boston's best starter and over his last five starts has pitched to a 2.89 ERA with a 0.93 WHIP.

Despite both teams hitting the ball very well they have also been cashing Unders. The Red Sox have gone below the total in 10 of their last 13 games on the road while going 7-2-1 to the Under in their previous 10 games overall.

The Jays, meanwhile, are 2-5 O/U in their last seven contests. With the Under also going 13-6 in the previous 19 meetings between these AL East rivals, back it again tonight. 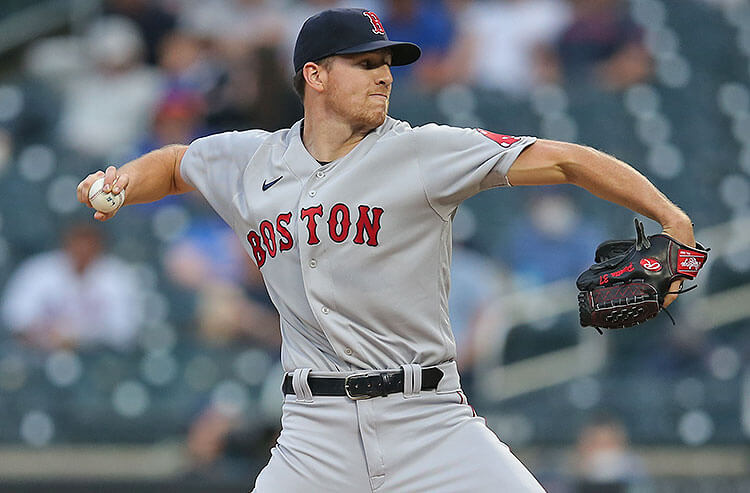