Jake Arrieta is, well, not very good. And despite the Giants clinching a playoff berth last night, we don't expect them to have any hangover — we like them to jump all over the aforementioned Arrieta, highlighting our best MLB prop bets for Tuesday.

Now that football is over for a couple of days, it’s time to turn our focus back to the MLB prop market — and as we head down the home stretch of the regular season, postseason races provide us with even more betting value.

Today, we look at a prop for a hot starter who wants to keep their team’s postseason hopes alive, while the Giants became the first team to clinch a playoff berth. Can you fade them today against the Padres?

We break down and pick these games and more with our best free MLB prop bets and predictions for Tuesday, September 14.

Somehow, the St. Louis Cardinals have flown back into the National League Wild Card race, sitting just a half-game back of the final postseason spot — but they’ll be in tough against a New York Mets team that isn’t ready to give up on its own postseason dreams.

After dropping the opener of this series 7-0, the Mets now trail the final postseason spot by 3.5 games, so if they want to make a move, the time is now. Luckily for them, they hand the ball to a red-hot Marcus Stroman for Game 2.

The fiery right-hander has limited opponents to three earned runs or fewer in each of his last seven starts, where he owns a 3.10 ERA, a 2.94 FIP, and a 1.11 WHIP. Today, he faces a Cardinals team that ranks 21st in batting average and 23rd in OPS when it comes to facing right-handers.

Stroman should be able to pitch relatively deep into this game and eclipse the Over on his outs recorded total, a number he has surpassed four times in his last five starts.

To use a terrible pun, the Colorado Rockies' road trips have been... rocky at best this season. Colorado is just 21-51 when playing away from Coors Field in 2021 but surprisingly, those road trips have gone a little more smoothly of late.

The Rockies have gone 7-6 in their last 13 road games and are coming off taking three of four from the Phillies in Philadelphia. That’s pretty incredible when you consider they were 14-45 on the road prior to that stretch. But things could get rocky again, as the Rockies' next stop is Atlanta to take on the National League East-leading Braves.

The Braves have won five of their last seven and are inching closer to another NL East title. They’ll hand the ball to Touki Toussaint tonight to get even closer.

The 25-year-old right-hander has been excellent since returning to the Braves rotation in early August, pitching to a 3.72 ERA and limiting opponents to a .226 batting average in seven games (six starts) since coming off the injured list. And while the Rockies have been better on the road, they still rank dead last in batting average and OPS when away from home this season.

The Rockies counter with the right-hander Jon Gray, who is coming off a solid start but had a tough month of August where he pitched to a 6.55 ERA and surrendered a .315 opponent batting average.

Gray also has a 4.68 ERA and a 1.54 WHIP on the road this season and goes against a Braves lineup that ranks seventh in scoring, sixth in OPS, and second in home runs. Bet them to get off to a good start in this one.

Arrieta makes his first start since September 3, probably because the San Diego Padres would prefer he didn’t take the mound. But that’s where the veteran right-hander will be when the Padres visit the San Francisco Giants tonight.

The Giants became the first team to clinch a postseason berth with their eighth straight win last night. Now, some people like to fade teams coming off a clinching game like this... But most of those situations don’t feature Arrieta.

Simply put, Arrieta’s season has not gone well. It started with a return to the Chicago Cubs, where he pitched to a 6.88 ERA and gave up a .315 batting average to opponents before getting released in mid-August. Things haven’t gone any smoother in San Diego, where Arrieta has surrendered eight runs on 10 hits in 8 1-3 innings.

It doesn't matter that the Giants clinched last night, because this lineup is so deep, ranking in the Top 10 in scoring, batting average, OPS, and home runs. Bet them to have a good start to this game. 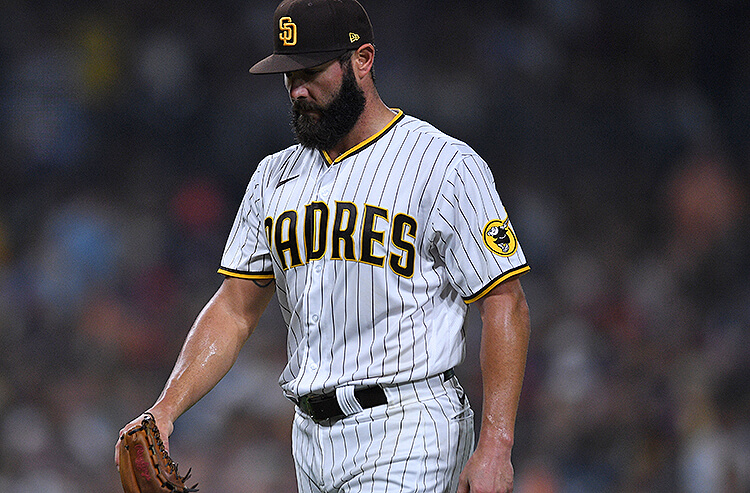