The MLB season is in full swing and with it all the betting markets that we’ve come to love/hate. We’ll try to find some of MLB’s best props and side bets for today and do all the heavy lifting so you don’t have to. If there’s a line on it, we’ll look into it.

Today, we’re triple-stacking some Carlos Rodon props, shopping around for Jarred Kelenic after his big game last night, and doing things quick and dirty in Baltimore.

After a rough start out of the gates, we're +2.3u over the last two Saturdays. Check out our favorite MLB free prop bets and predictions for Saturday, May 15, 2021.

Lost in all the AL pitcher talk of Gerrit Cole and Shane Bieber is the play of Chicago White Sox pitcher Carlos Rodon. The former first-rounder leads all of baseball with a 0.58 ERA heading into Saturday’s start against the Kansas City Royals, who he blanked over six innings just over a week ago. But is the price getting too high for a pitcher with some regression indicators?

Rodon’s strikeouts are fine and actually a market we can take advantage of, as he’s averaging 8.4 punchouts per game and closed with a K total of 5.5 in his last start. He’s 6-0 O/U to start the year on his K prop.

He has also picked up the victory in each of his five starts this year and his team is rolling, going 7-1 SU over its last eight and giving plenty of run support. When the books throw us Rodon to earn the win at +150, we aren’t passing that up, even though we think the Chicago starter is bound to regress somewhat.

With how good he has been pitching, we feel some of his other markets may have hit a ceiling, as a handful of statistics are showing us that some hits and runs are coming soon.

First off, Rodon is stranding an insanely high 93 percent of his runners. It’s not John Means 100 percent LOB%, but it’s still a number that will regress with the league average sitting around 70-72 percent.

Secondly, batters are hitting just .180 on balls in play, which is the lowest mark in the AL. Cole, for example, has a BABIP of .283 which is a normal number with the average being around .300. More hits should be coming against Rodon and these numbers are a great indicator.

Rodon is a stud and wouldn’t surprise us if he dominated (hence the strikeout and record a win prop) but we’re trying to get ahead of the market and think 4.5 hits allowed for even money is the best to exploit as we hope for regression.

Both the Yankees and Orioles have had offensive success in the first inning this season. Baltimore is hitting .300 with a .851 OPS and the league’s second-highest wRC+. New York isn’t that far off, as the Yankees are sporting a .808 OPS in the game’s first frame.

Yesterday’s match saw both clubs put up a run in each half of the first inning, which came via the solo home run.

New York’s Domingo German has served up seven long balls over his six starts this year, with two of those coming in the first inning. He owns a 6.00 ERA in the game’s first three outs and opponents have a .963 OPS against the righty across six first-inning performances this season.

The Bombers will get to feast on Baltimore’s Jorge Lopez, who the Yankees have seen and had success against in seasons past. Lopez has yet to give up a first-inning run which is something that can’t last forever — especially with a 5.63 ERA. New York will also get to make adjustments, as this will be the second time it has seen the Baltimore pitcher in the last two weeks.

Let’s make this matchup's bet quick and dirty and get that first-inning run at a reasonable -105.

It didn’t take long for Seattle outfield prospect Jarred Kelenic to make his mark in the Bigs. In his second MLB game, the 2018 sixth-overall pick unloaded on Cleveland, finishing the night going 3-for-4 with a homer, a pair of doubles, three RBI and a run. Kelenic is hitting out of the leadoff spot (more at-bats) and facing a young and inconsistent right-hander in Cleveland’s Triston McKenzie.

McKenzie is coming off his best start of the year, which might not seem like the best time to fade the 23-year-old pitcher, but the FB/CB/SDR/CU starter has struggled to string together good starts — and his bad starts are worth betting with.

The Cleveland starter has plenty of red flags, including his 22 free passes in just 23 innings of work. Command has been an issue with the young right-hander. He doesn’t give up a lot of hits, but five of his 15 hits allowed this season have left the yard. There’s a reason he owns a 4.94 ERA.

With McKenzie's command issues, Kelenic could be seeing more traffic on the bases when it's his turn to rip at the top of the order.

Using what we know and then scanning Kelenic’s prop markets, it pays to shop around. We were looking for a run total prop (hard to find) but came across a generously-priced RBI prop at BetMGM. They’re offering the Kelenic Over 0.5 RBI for +170 (opened +210). In other books, this prop is as low as -180 which seems like a bad price. This isn’t a popular and widely available player prop market, but with a great price and in a good matchup, we aren’t passing on the value.

MLB betting card for May 15 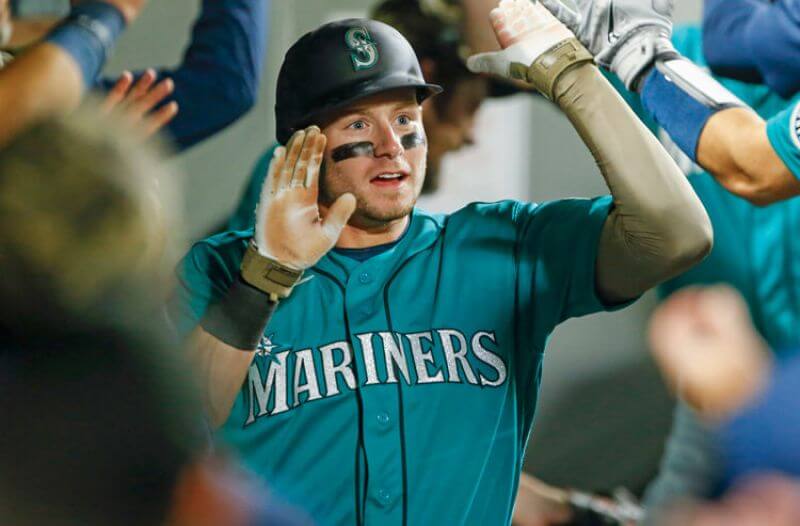 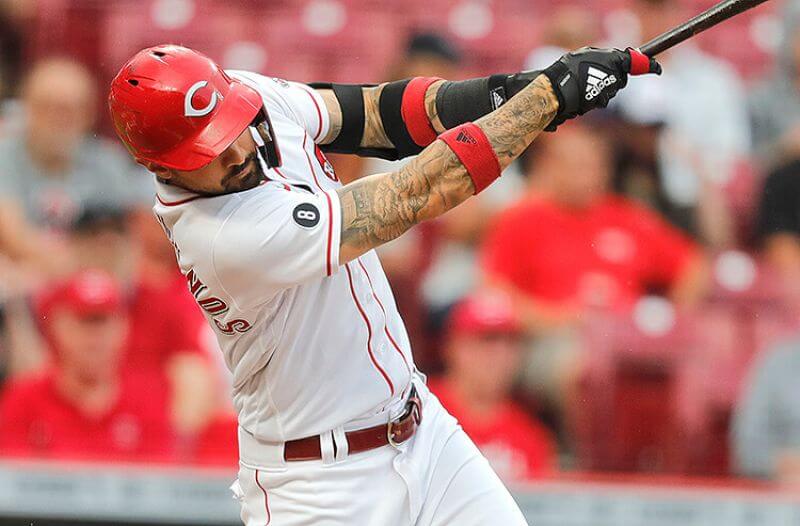