With all 30 teams in MLB action today there are a ton of player props to kick off your weekend wagers with. Today, we're focusing on some pitching matchups with promise, including fading Sonny Gray against a tough Guardians lineup. 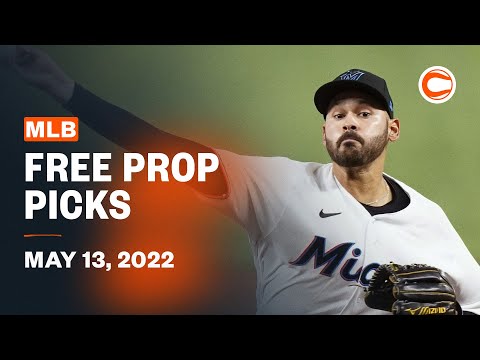 There's no better way to kick off a warm weekend than with some winning MLB player prop bets. And with all 30 teams in action today, there's no shortage of options.

Tonight, we look at a strikeout prop in the best pitching duel on the board when the Brewers visit the Marlins. Trey Mancini will try to add to the Tigers' woes. And Sonny Gray is about to find out how tough the Guardians lineup is.

Check out our MLB player prop picks for Friday, May 13, as we bank on some of baseball's best to do their thing.

MLB props for May 13

The pitching matchup of the day arguably takes place in Miami tonight as Corbin Burnes toes the rubber against Pablo Lopez when the Milwaukee Brewers visit the Marlins.

Burnes was one of the NL Cy Young odds favorites heading into his season and has not disappointed to this point, pitching to a 1.86 ERA while striking out 50 batters in 38 2-3 innings. But today, our focus is on Lopez.

The Marlins’ right-hander has been solid the last two seasons, pitching to a 3.26 ERA over 31 starts in 2020, but it looks like Lopez has taken his game to the next level this year.

Lopez has allowed just four earned runs over his first six starts, and has held opponents scoreless over that time. And even though his strikeouts are down a touch this season (35 in 36 innings pitched), he has a chance to rack up some Ks tonight against the Brewers.

While the Brewers have been getting good production when facing right-handers this season, it appears they have taken on the “swing for the fences” mentality in doing so, because they rank dead last in strikeout rate when going against righties, and their 9.13 strikeouts per game ranks 25th in the MLB.

Mix in Lopez’s ability to pitch deep into ball games and he looks like a solid bet to go Over his strikeout total in this one.

The Detroit Tigers were a sexy pick to go Over a regular-season win total that got as high as 79.5, and maybe even as a dark-horse contender in the perceived weak American League Central.

But heading into tonight’s matchup with the Baltimore Orioles, the Tigers are in the basement of the AL Central at 9-23 and have scored an MLB-worst 88 runs this season. And it’s actually, the O’s who have been the surprising and scrappy team early on.

While you might think 14-18 is nothing to write home about, that’s progress for a team that has 54 wins or fewer in each of the last three full seasons. Part of the reason for that is an offense that ranks a respectable 18th in batting average, and that lineup is led by veteran Trey Mancini.

Mancini is finding his rhythm at the dish, knocking a hit in eight of his last nine games, hitting .417 with a .864 OPS over that stretch. And tonight he’ll face a pitcher he knows quite well in Eduardo Rodriguez, from his years spent with the Boston Red Sox in the AL East.

Rodriguez has been solid in his first season in Detroit pitching to a 3.79 expected ERA and holding opponents to an expected batting average of .245 but has had his issues with Mancini over the years. Mancini is 12-39 (.308) with three doubles and two home runs when facing Rodriguez in his career.

With Mancini hitting .325 when facing southpaws this season and going Over 1.5 total bases five times over this nine-game stretch, he looks like a great value to go Over again tonight.

The Minnesota Twins are off to a solid 18-14 start this season to lead the AL Central. They’ve done that thanks to a pitching staff that ranks sixth in the MLB in ERA and Sonny Gray is hoping to contribute to that when he takes the mound tonight. The thing is, the Cleveland Guardians, from one to nine, are one of the toughest outs in baseball.

Led by Jose Ramirez and a group of scrappy youngsters, Cleveland ranks first in batting average (.273) and second in OPS (.765) when facing right-handed pitching. But what makes this lineup really tough is that they rarely get punched out.

The Guardians have the lowest strikeout rate in the MLB against right-handers and their 7.47 strikeouts per game is fourth-best in baseball.

Now, Gray’s K% has been OK so far this season, striking out 12 batters in 10 1-3 innings, but a deeper dive shows us where the value lies.

For starters, Gray just returned from a hamstring injury, and while he was solid in his return, he threw just 66 pitches over four innings and could be on a pitch count once again tonight.

Also, that solid outing was against the A’s. He struck out seven batters in that game, so they make up more than half of his strikeouts. Prior to that, he had six strikeouts in 6 1-3 innings. And while the Guardians have the lowest strikeout rate when it comes to going against righties, the A’s have the highest.

Bet on the Guardians to keep making contact against Gray, keeping him Under his strikeout total in this one. 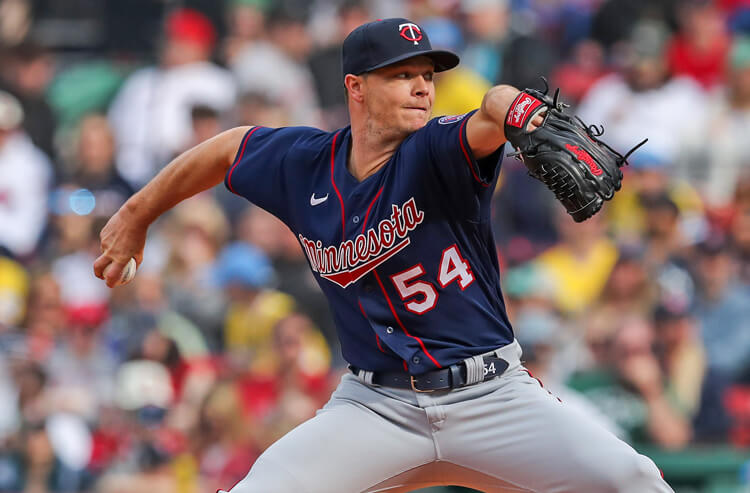