Few players in baseball are hitting it as well as Jake Cronenworth right now, with the outfielder batting over .500 in his last eight games. The red-hot Cronenworth highlights our MLB player prop picks for today, with value still to be found in the Padre. 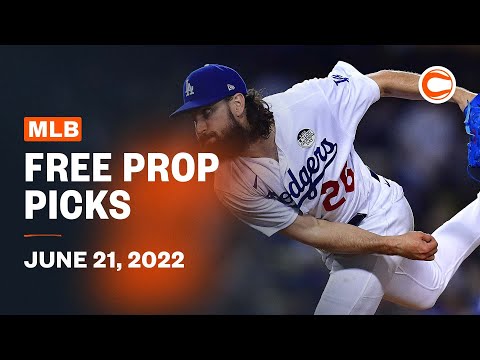 It’s a fully loaded day of action on the diamond, as all 30 teams take the field, meaning there's no shortage of options in the player prop market.

Today, we look at a matchup of two of the hottest starters in the National League, when Tony Gonsolin toes the rubber against Tyler Mahle, take a look at the latest pitcher who can take advantage of the struggling Angels lineup, and check in on the red-hot Jake Cronenworth.

Check out our MLB player prop picks for Tuesday, June 21, as we bank on some of baseball’s best to do their thing.

The Cincinnati Reds have played better since their horrific start to the season, but they are still going to be in for a tough series when they welcome the Los Angeles Dodgers to town for a three-game set.

The Dodgers enter this matchup 40-25, thanks to arguably the best pitching staff in the National League. Tuesday's starter, Tony Gonsolin, has been a big part of that. The right-hander has been one of the best pitchers in baseball this season. Gonsolin hasn’t allowed more than two earned runs in a start this season and owns an expected ERA of 2.55 while limiting opponents to a .204 expected batting average.

Gonsolin mixes a solid fastball with a devastating slider and split-finger. His ability to change speeds has resulted in a ton of soft contact this season. That should play well against a Reds team that still ranks 22nd in OPS and 26th in wRC+ when facing right-handers this season.

The Reds counter Gonsolin with the red-hot Tyler Mahle. The right-hander has allowed just four earned runs over his last four starts which includes a complete-game shutout of the Arizona Diamondbacks.

That said, Mahle’s last eight starts have come against the D-backs, Nationals, Giants, Cubs, Guardians, and Pirates. Not exactly a murderer’s row of opponents, while the Dodgers rank second in OPS and third in wRC+ against righties. They also got to Mahle for seven runs on seven hits in 3 2-3 innings back on April 17.

Bet on the Dodgers and Gonsolin to play well enough for their starter to earn the win.

Kansas City Royals pitching prospect Jonathan Heasley makes his eighth start of the season tonight, looking to build off his recent success when he takes the ball against the Los Angeles Angels.

The right-hander has pitched to 2.65 ERA while limiting opponents to a .210 batting average over his last three starts, but what we’re going to focus on is his strikeout numbers. Heasley has struck out 16 batters over 17 innings over those three starts and has gone Over 4.5 strikeouts in two of three.

Heasley has been throwing his fastball more recently, which averages 94 miles per hour, while his curveball can be devastating if he’s got a feel for it.

The main reason to like this bet is that we get to fade the Angels. They now rank dead last in MLB when it comes to strikeout rate vs. right-handers, and their 9.47 strikeouts per game are the most in baseball.

It’s not just that the Angels are striking out, they just aren’t hitting at all right now, ranking dead last in both OPS and wRC+ since the start of June.

Bet on Heasley to go Over this reasonable number tonight.

So hot in SoCal

There aren’t many players locked in the way Jake Cronenworth is for the San Diego Padres at the moment, and we’ll look to keep cashing in on this hot streak until he cools off or the value dries up. Neither of those things has happened heading into tonight’s game against the Arizona Diamondbacks.

The Padres’ outfielder is having a monster of a month, where he’s hitting .377 with a 1.135 OPS over 20 games in June. Cronenworth has taken that to the next level in recent games.

He’s currently in the middle of an eight-game hit streak where he is batting a ridiculous 17-32. That’s a .531 batting average, and thanks to six doubles and a dinger, he’s got an OPS of 1.428 and has gone Over 1.5 total bases in all eight games during this streak.

Cronenworth will be in tough when he digs in against Diamondbacks starter Zac Gallen, who is quietly having a solid season. That said, he’s allowed five or more hits in four of his last five starts and will eventually hand the ball off to a bullpen that ranks 26th in WHIP and dead last in opponent batting average.

Additionally, Cronenworth is a solid 3-8 with a home run in his career against Gallen. Getting a number like this on his total bases is a great value. 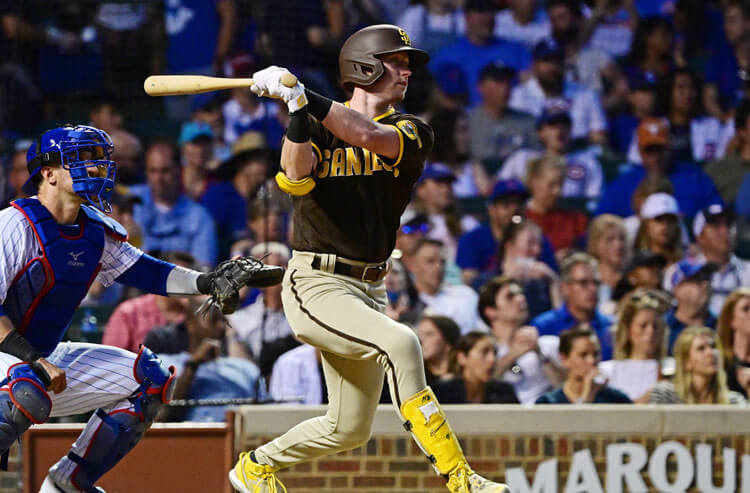