Chicago held onto a series-opening win vs. Toronto last night and looks to make it two in a row today. The White Sox will be aided by ace Dylan Cease, and our MLB betting picks expect that to be the difference against the Blue Jays.

Jose Berrios continued his inconsistent play last night, getting hit hard by the Chicago White Sox. Even though the Toronto Blue Jays offense did their best to come back, it was too little too late in an eventual 8-7 loss.

While the opener of this three-game set saw plenty of fireworks, Game 2 could be more of a pitcher’s duel as Kevin Gausman toes the rubber against Dylan Cease. Will Toronto cash as favorites or does Chicago have value as a home underdog?

Find out in our free MLB betting picks and predictions for Blue Jays vs. White Sox on Tuesday, June 21.

The Blue Jays opened this American League matchup as -125 road favorites and have seen the early action moving the line to -135 at some shops. The total hit the board at 8.5, has been bet to 9.0, and now that number is juiced to the Over.

Kevin Gausman (5-6, 3.21 ERA): Gausman has definitely hit a rough patch. The right-hander has allowed at least three earned runs in three of his last four starts, at least six hits in all four, and has pitched five innings or fewer in three of them.

Dylan Cease (5-3, 2.91 ERA): Cease continues to impress this season. The right-hander’s 12.8 strikeouts per nine innings leads MLB and he hasn’t surrendered an earned run in a start since May 24th.

The Under is 17-7-1 in Blue Jays' last 25 games as a road favorite.  Find more MLB betting trends for Blue Jays vs. White Sox

The Blue Jays tried their best but in the end, they couldn’t overcome Jose Berrios’ poor start in an eventual 8-7 loss in their series opener against the Chicago White Sox.

The return of Tim Anderson to the White Sox’s lineup clearly looked like a boost as they jumped on Berrios early, launching three home runs into the Chicago sky, jumping out to an 8-2 lead, and not looking back. They’ll be confident heading into Game 2, as they hand the ball to ace Dylan Cease.

The right-hander’s breakout season continues, as he keeps racking up the punchouts and hasn’t allowed an earned run over his last four starts. That stretch has dropped his expected ERA to 2.82 and his opponent expected batting average to .203.

Cease will have to be on his game though, as the Jays lead MLB in scoring, OPS, and wRC+ since May 24. He does have issues with his control at times, averaging over 2.5 walks per start, and you don’t want to give free passes to this dangerous Jays lineup.

Toronto counters Cease with its own ace in Kevin Gausman, but after a fantastic start to the season, the right-hander has hit a rough patch, pitching to a 6.35 ERA over his last four starts.

The advanced numbers say he’s been a bit unlucky lately and will have the chance to bounce back tonight. While the White Sox have a talented lineup, they have had their issues against right-handers this season, ranking 27th OPS.

That said, with Anderson back and guys like Luis Robert, Jose Abreu, and Andrew Vaughn all heating up, it’s hard to fade the White Sox here as home underdogs with Cease on the bump.

When it comes to the total, the early money has come in on the Over and I’m not entirely sure why. Yes, these are two very capable offenses, but the old adage goes, good pitching beats good hitting — and you can expect some good pitching in this one.

As hinted at, Gausman has been a little unlucky over this stretch. Yes, he’s giving up hits, but a lot of them are on soft contact, and his FIP is a much better 3.19 over this four-game stretch. He still is among the league leaders in chase rate, and if he can locate his fastball a little better tonight, he should be able to have success against a White Sox team that can struggle against right-handers, as they rank 23rd in wRC+.

Meanwhile, even though the Blue Jays showed once again last night that they aren’t out of most games with that lineup, they’ve also shown they can pull a disappearing act every now and then. They scored three runs or fewer in their three games prior to a comeback win over the Yankees on Sunday.

Cease will be a problem, particularly if he can keep the walks down. His fastball and slider are a devastating combination, and he should rack up some Ks against a Jays team that ranks 16th in strikeout rate over their last 10 games. In one start against the Jays last season, Cease limited them to one run on four hits while striking out seven over seven innings.

This total is too high.

While I am reasonably confident that both starters will pitch well, the same can’t be said for the bullpens. Both are missing key pieces and they just aren’t pitching well.

White Sox relievers rank 21st in ERA and the Blue Jays'  relievers rank 24th. So, let’s eliminate them from the equation and take the first five innings Under to sit back and watch these excellent starters do their thing. 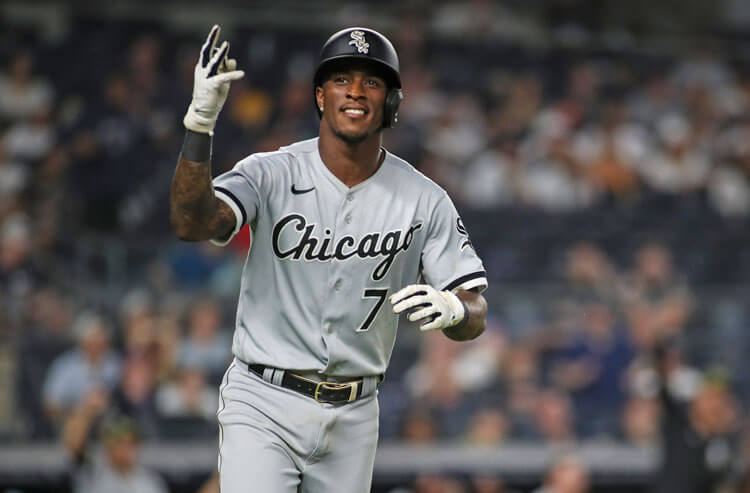