Today's edition of MLB player props goes all in on offense, where three batters in advantageous pitching matchups have us going Over on their total bases props. Read more in our MLB daily prop picks for August 4.

It’s another getaway day in baseball, with five of the 13 games on the MLB schedule being matinee matchups. That means player props for us to bet on all day long.

Today, we highlight a trio of total bases props for some players who have some intriguing matchups. That includes Manny Machado who should continue to thrive with his new teammates in the Padres lineup, and some surprising value with Jose Ramirez when he steps in the box against Justin Verlander.

Here are our best MLB player props for Thursday, August 4.

A) Jose Altuve, Trey Mancini, and Jose Ramirez each to record a hit BOOSTED to +195 at Caesars! Claim Now

B) San Diego Padres to win, Manny Machado to record a hit, and Jurickson Profar to go Over 1.5 total bases BOOSTED to +350 at bet365! Claim Now

Before the San Diego Padres made their huge splash by trading for Juan Soto (and Josh Bell), it was Manny Machado who was doing all the heavy lifting for the Padres' offense, to the point where he was the betting favorite to win the NL MVP.

But as baseball is a game of ebbs and flows, and after a red-hot stat, Machado cooled off in the summer months. So, no one is happier to see the Padres make those big moves more than Machado. With Soto and Bell surrounding him in the batting order, Machado now has some protection, and pitchers can’t just pitch around him anymore.

And the results looked immediate in Soto and Bell’s first game with the Padres. Machado had his first multi-hit game since July 26 by going 3-for-4 with a home run and double in last night’s 9-1 win over the Colorado Rockies, and he’ll have a great chance to keep the momentum going when these NL West teams close out a rare five-game series.

That’s because the Rockies hand the ball to Kyle Freeland. The lefty has been decidedly sub-par this season pitching to an expected ERA of 4.84 while surrendering a .269 opponent expected batting average. Both are in the Bottom 17% of the league.

And unsurprisingly, Machado has given Freeland his fair share of headaches over the years. Machado owns a .324 batting average over 36 career at-bats vs. Freeland, which includes five doubles and just four strikeouts.

At even money bet on Machado to keep reaping the benefits of his new teammates and take advantage of this matchup against Freeland and go Over 1.5 total bases.

Spoiler alert: We are taking Jose Ramirez to go Over his total bases prop against Justin Verlander when the Cleveland Guardians host the Houston Astros.

Now, conventional thinking maybe that taking the Over on a guy’s total bases against a guy who is the favorite to win the AL Cy Young Award is a little crazy, but the right price and the right matchup should sway that thinking.

And it starts with Verlander. Don’t get me wrong, he's been very good. He just hasn’t been as great as some may think due to his 1.81 ERA. His expected ERA is more than a full run higher than his ERA at 2.94 and his xFIP is at 3.47.

This version of Verlander isn’t missing as many barrels as in years past as his strikeouts are down. So, he is gettable for good hitters, and that is exactly what Ramirez is.

While Ramirez hasn’t been super hot since the All-Star break, he is still one of the best hitters in baseball and owns a .285 batting average with a .918 OPS for the season, and he is capable of going off for a big game at any time. Those numbers also bump up to .299 and .970 when facing right-handed pitchers.

Ramirez also has great head-to-head numbers against Verlander. The Guardians' third baseman is 11-30 (.367) with three doubles and two home runs in his career vs. Verlander. He has also struck out just four times while drawing five walks, so he has generally seen the ball well out of Verlander’s hand.

So to bring this full circle, at +115, we are getting a better number than we should be with Ramirez because of Verlander's name.

What's not to Lowe

Drew Hutchinson is one of those guys who you are like, “Oh, damn. I didn’t realize he was still in the league”. But he is in fact starting games for the Detroit Tigers, and tonight he’ll take the ball against the visiting Tampa Bay Rays.

Hutchinson has the numbers you would expect for a guy you forgot was a Big Leaguer – a 5.03 expected ERA and is in the Bottom 7% of the league in strikeout rate.

So, who is the Rays hitter best suited to take advantage of this matchup? For me, that’s Brandon Lowe.

It was a tough start to the 2022 campaign for Lowe. The Rays infielder was hitting just .212 with five home runs, then he injured his back and missed two months. But since his return in July, he’s starting to look like the guy who hit .247 with 39 dingers last season.

Lowe is hitting .313 with a .873 OPS over 13 games since rejoining the Rays lineup, which includes six extra-base hits. He’s also gone Over 1.5 total bases six times in the 12 games he has started.

Lowe also hits near the top of the lineup and once Hutchinson is done he gets to face a Tigers lineup that shipped off some of its bullpen arms at the trade deadline. There is value on his total bases prop in this matchup tonight. 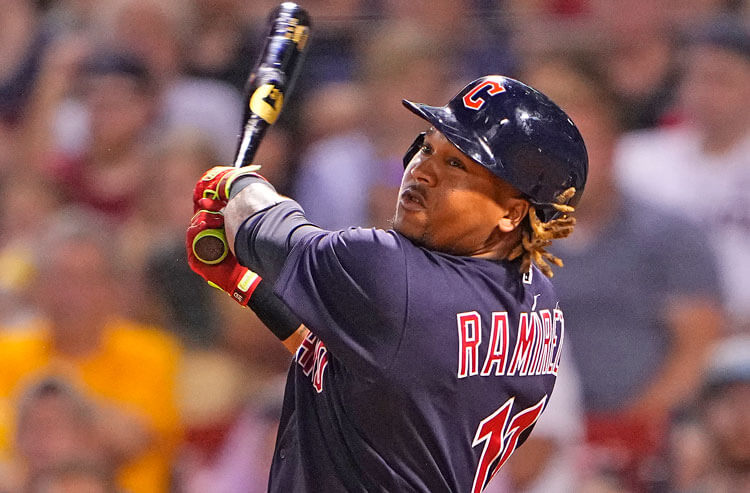