Chris Flexen is one of our favorite success stories in the MLB this season. He's been in a groove as of late, and him continuing to roll in an AL West pitcher's duel highlights some of our best MLB prop bets and predictions for Monday's MLB action.

We start off the week with one of our favorite baseball prop bets this season as Zack Wheeler takes the ball for the Philadelphia Phillies in the opener of their latest series against the Washinton Nationals.

Can Wheeler go deep into another ball game? And can former KBO star — and current Seattle Mariner — Chris Flexen flex his best stuff against the visiting Houston Astros?

We break down and pick these games and more with our best free MLB prop bets and predictions for Monday, August 30.

The Cincinnati Reds have lost two games in a row and are trying to hold off the San Diego Padres for the second National League Wild Card spot. They will try to get back on track as they head into an early-week series against the St. Louis Cardinals.

The Reds hope to get this series off on the right foot by handing the ball to ace Luis Castillo. The right-hander has bounced back from a rough start to the season in a big way: Since the start of June, Castillo has pitched to a 2.74 ERA and is limiting opponents to a .216 batting average.

Today, Castillo faces a Cardinals team that ranks 17th in batting average and 20th in OPS when it comes to facing right-handed pitchers this season.

St. Louis counters Castillo with veteran Jon Lester. The lefty has had mixed results since coming over from the Nationals, as he has had two good and three bad starts as a member of the Cards — plus the two good starts came against the Tigers and Royals and he has yielded a .363 batting average overall during those five starts.

Now, he faces a Reds team that is crushing southpaws recently, ranking fourth in OPS against left-handers over the last 30 days.

And while the Cards come into this one playing pretty well, they have spent the majority of the last month playing the Pirates, Royals, and Tigers. The Reds are a good bet to have the lead through five in this one.

The Over on Zack Wheeler’s outs recorded prop has been one of the most profitable prop bets in baseball this season and that should continue tonight when he takes the ball for the Philadelphia Phillies when they visit the Washington Nationals.

Tonight, Wheeler faces a Nationals team that has been surprisingly solid since a massive trade deadline sell-off. Over the last 30 days, the Nats are in the middle of the pack by ranking 12th in batting average and 15th in OPS when facing right-handers. Wheeler has also faced the Nationals five times this season, recording three quality starts in the process. And here are the innings he was logged against Washington: 6, 7 1-3, 3, 7, and 7 1-3.

And even though Wheeler has been struggling lately, he is still way better than most of the options the Phillies have coming out of the bullpen. As a result, Wheeler has gone Over this number six times in his last seven starts and 17 times overall this season. We’re betting he does so again here.

Former KBO pitcher Chris Flexen has been one of my favorite MLB success stories this season. The right-hander is pitching to a 3.54 ERA and a 1.24 WHIP as a member of the Seattle Mariners and he’ll look to keep rolling when the M’s host the Houston Astros tonight.

It appears that Flexen has gotten stronger as the season has gone on, pitching to a 2.59 ERA and a 1.18 WHIP over five starts in the month of August. Now, the last team to rough Flexen up was this same Astros team, but with Flexen in a groove and owning a 2.70 ERA and a 1.07 WHIP in 13 starts at home, he's in a good spot to put on a better performance this time around.

The Astros counter with a right-hander of their own in Luis Garcia. Garcia has also bounced back from a mini-slump and is pitching to a 1.99 ERA, while limiting opposing teams to a .205 batting average, over his last five starts. With Garcia facing a Mariners lineup that ranks 26th in OPS and dead last in OPS, we like this one to be low-scoring early on. 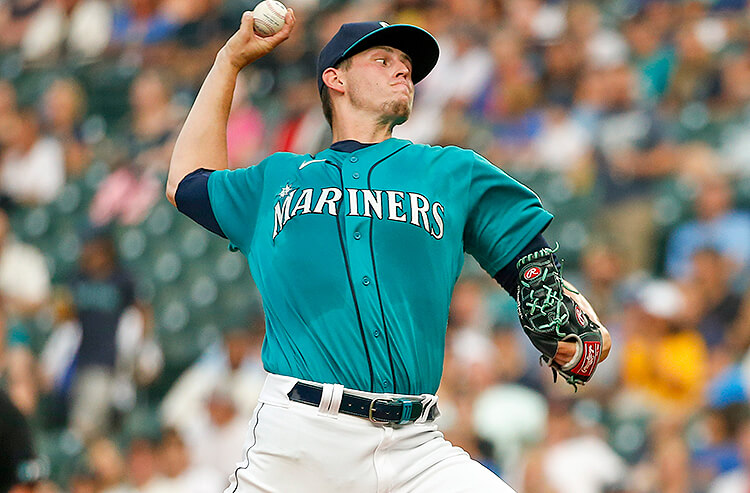