Today’s MLB schedule is an interesting one today, chocked full of baseball prop betting options with three matinee matchups and nine games on tap for this evening.

None are more intriguing than the New York Yankees taking their 11-game winning streak into Oakland to take on the A’s, who they leapfrogged for the top spot in the American League Wild-Card race. But while the Yanks are hot, is there betting value in seeing them get punched out tonight?

We break down and pick that game and more with our best free MLB prop bets and predictions for Thursday, August 26.

The Cleveland soon-to-be Guardians may be firmly out of the American League postseason picture, but they haven’t rolled over just yet — Cleveland has won seven of its last 11 ball games, plating 5.73 runs per contest.

Today, it hosts the tanking Texas Rangers, who hand the ball to Jordan Lyles. The right-hander is coming off a solid performance against the Boston Red Sox but still owns a 6.43 ERA while allowing opponents to hit .285 in seven starts since the All-Star break.

While Cleveland’s overall numbers at the dish aren’t overwhelming, over the last 30 days it ranks seventh in batting average and OPS when it comes to facing righties. Cleveland to go over its first-half team total looks like a solid bet in this one.

Kaprielian has been a boost to the Oakland A's starting staff this season. The rookie right-hander has pitched to a 3.25 ERA with a 1.17 WHIP since joining the A’s rotation in mid-May and tonight he’ll be tasked with slowing down the red-hot New York Yankees.

The Yankees have won 11 in a row to climb to the top of the American League Wild-Card standings, leapfrogging the A’s in the process. But while the Yanks are winning, they are striking out more than ever.

New York now ranks 25th in strikeouts per game, at 9.24 times per contest, and got punched out 28 times in two games against the Atlanta Braves earlier this week.

Now, Kaprielian’s strikeout numbers have been down over his last three starts but prior to that, he had gone Over 5.5 Ks seven times in his previous nine starts. That includes striking out seven Yanks over 5 2-3 innings in the Bronx back in June. You have to love the value with the Over on James Kaprielian’s strikeout total here.

It has been a tale of two halves for Seattle Mariners starter Yusei Kikuchi. The Mariners’ lefty pitched to a 3.48 ERA while limiting the opposition to a .204 batting average in the first half of the season, earning his first career MLB All-Star appearance... but it has been a different story since the break.

In seven starts following the break, Kikuchi has been hit around for a 6.35 ERA and is surrendering a .306 batting average to opposing teams. While he faces a sub-par Kansas City Royals team tonight, there are some hitters the could give him problems: Specifically, Whit Merrifield.

The Royals' second baseman is hitting .369 over his last 15 games, going Over 1.5 total bases eight times in that span and four times in his last five games. Merrifield is also hitting .311 against lefties for the season, so bet on him to stay hot in this matchup. 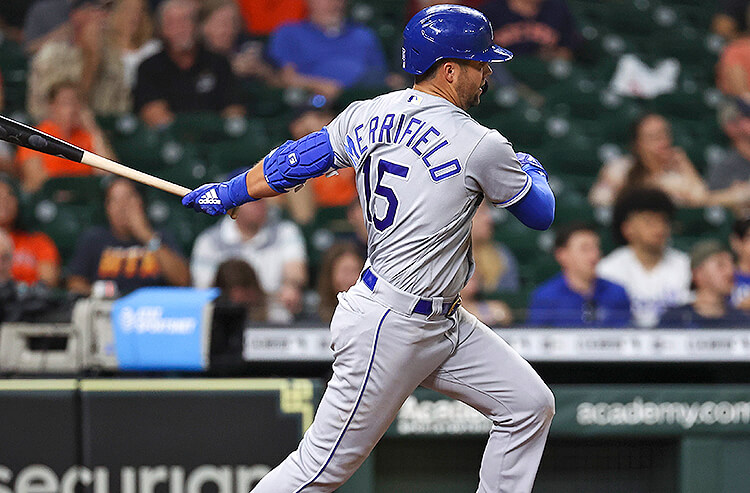