Andrew Heaney managed to pitch well in his last outing, but he's still been getting lit up like the Rockefeller Square Christmas tree as a Yankee. Our daily MLB prop picks are banking on that trend continuing — read on to find out how.

It’s a fully-loaded MLB betting board with all 30 teams in action today as we highlight some starting pitching performances that still look like a mirage in our eyes.

Dylan Bundy takes the ball for the Angels in Baltimore today, and Andrew Heaney looks to make it consecutive solid outings for the Yankees when they take on the Braves. But we’re not buying it and fading them both in the prop bet market.

We break down and pick these games and more with our best free MLB prop bets and predictions for Tuesday, August 24.

The Arizona Diamondbacks stink. And they really stink on the road, where they are just 15-48. But something about them that doesn’t stink is Madison Bumgarner. This means, shockingly, the Diamondbacks have some value on the road today.

The D-Backs' best pitcher is in another one of his patented grooves. In seven starts since the All-Star break, Bumgarner is pitching to a 1.93 ERA with a 0.91 WHIP and is limiting opponents to a .216 batting average. He’ll look to stay hot when he takes the ball in Pittsburgh going up against the Pirates.

The Pirates have struggled against southpaws all season long, ranking 27th in batting average and dead last in OPS when it comes to facing left-handed pitching.

With Pittsburgh countering with a slumping J.T. Brubaker (20 earned runs allowed over his last three starts), this is a good price to back the D-backs on the five-inning runline.

Dylan Bundy will be on the mound for the Los Angeles Angels today when they visit the Baltimore Orioles, and the right-hander has shockingly been effective over his last four starts. But are we buying into that, even against the O’s? No, way.

Yes, Bundy is pitching to 3.72 ERA over his last four starts, but that lowers his ERA to a beautiful 6.04 for the season and opponents still hit .254 with a .808 OPS off him. That’s something even the struggling Orioles can do something with.

Meanwhile, Baltimore counters with rookie Spencer Watkins. The rookie right-hander has hit a bit of a wall after a solid start to his career. Watkins has allowed four or more runs in each of his last five starts while allowing opponents to hit .337.

Now, Watkins must face a dangerous lineup led by the betting favorite to win AL MVP, Shohei Ohtani. The Angels are coming off a terrible offensive weekend in Cleveland, but still, rank eighth in batting average and 14th in OPS. Bet on this one to see some scoring early.

It looked like more of the same in Andrew Heaney’s last start for the New York Yankees. The embattled lefty allowed a first-inning home run to Boston Red Sox’s shortstop Xander Bogaerts, but then something weird happened. Heaney somehow transformed into Tom Glavine and didn’t allow another run for the rest of the game. On just one hit no less.

But things won’t be easy if Heaney wants to keep that scoreless streak alive as he goes up against an Atlanta Braves team that is playing very well at the moment.

Not only are the Braves playing well, but they are also crushing lefties too. Only one team has hit more home runs off of left-handed pitching over the last 30 days than the Braves, who rank eighth in OPS vs southpaws over that stretch.

While Heaney pitched well last time out, he still allowed another dinger. That makes nine allowed in his four starts as a Yankee. The value on Heaney to surrender more than one long ball is just too tempting to pass up here. 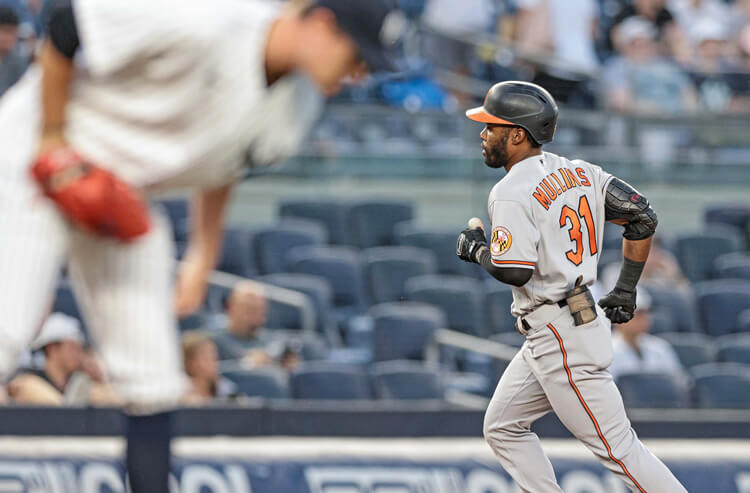