The Jays finally snapped out of their slump last night to beat the AL Central leaders. Find out if there's value in backing them again as home favorites as we break down our White Sox vs. Jays picks.

The Toronto Blue Jays finally won a close ball game for the first time in what must have felt like forever to their fans. But they’ll need to start stringing wins together in a hurry if they have any hope of making the postseason.

That won’t be easy tonight, as they continue their series against the American League Central-leading Chicago White Sox. The White Sox will face a familiar foe in former Twin Jose Berrios, so who has the betting edge?

Check out our MLB free picks and predictions for White Sox vs. Blue Jays on Tuesday, August 24, and find out.

Dylan Cease (9-6, 4.06 ERA): While Cease wouldn’t qualify as dominant, the right-hander has certainly been reliable for the White Sox. Cease has allowed three earned runs or fewer in each of his last eight starts, limiting opponents to a .213 batting average over that span.

Jose Berrios (8-6, 3.52 ERA): After two excellent starts to begin his Blue Jays career, the right-hander hit a bit of a bump against the Angels and followed that up with a so-so performance against the Nationals, allowing two earned runs on five hits over five innings last time out.

The Under is 4-0 in the Blue Jays' last four games at home. Find more MLB betting trends for White Sox vs. Blue Jays.

The Blue Jays are hoping last night’s victory will kickstart a much-needed winning streak to close the month of August. Prior to last night’s W, the Jays had dropped seven of their previous nine games to the likes of the Tigers, Mariners, and Nationals. Not great.

Simply put, last night’s win was huge. Now, they hand the ball to Jose Berrios, who has had plenty of experience against the White Sox in his career as a member of the Twins. The right-hander has faced the Pale Hose 20 times in his career, sporting a 2.91 ERA and 1.07 WHIP.

Berrios has faced the White Sox three times this season, all three times in July, to mixed results. On July 1, he allowed three earned runs on 10 hits while striking out none, but faced them again on July 6, and allowed one earned run on one hit and struck out 10 in seven innings. And the last time he faced the White Sox was on July 19, where he lasted six innings, allowing four hits and striking out 10, but one of those hits was a three-run homer in a game where he gave up five runs.

Those hits aside, Berrios has limited a potent Pale Hose lineup to a .227 batting average this season and over the last month, they rank just 23rd in batting average and 19th in OPS when it comes to facing right-handed pitchers.

While the Jays have their own issues and can be hard to trust, this is good value on them as a short home favorite.

When it comes to the total, 9.0 seems a touch too high, even in a matchup of two of the league’s better offenses. The problem is, the starting pitching in this one should be solid, and both lineups are in a bit of a slump.

We already wrote about how Berrios has the chance to be successful against a White Sox team that has had its problem with right-handers lately, but Dylan Cease could pose the same problems.

The right-hander is pitching to a 3.92 ERA and a 1.17 WHIP over his last eight starts and faces a Jays team looking for answers. Vladimir Guerrero Jr. is trying to pull himself out of his slump, Bo Bichette is still mired in his, and George Springer is clearly missed.

As a result, the Jays are plating just 3.6 runs per game over their last 10 games and are hitting .212 with runners in scoring position over their last five. Bet on this one to sneak below the number. 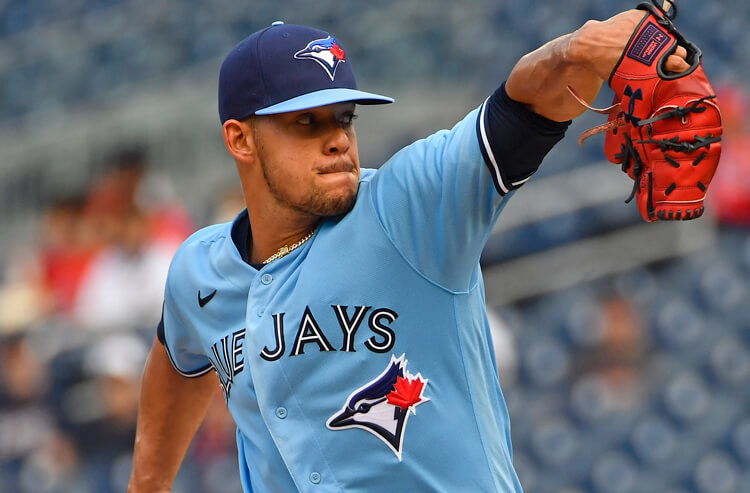