Shohei Ohtani has gotten off to an incredible start for the Angels and will get his MVP campaign rolling against the Blue Jays.

The MLB season is upon us and with it, all the betting markets that we’ve come to love/hate. This article will try to find some of MLB’s best props and side bets for the day and does all the heavy lifting so you don’t have to. If there’s a line on it, we’ll look into it.

Today, we’re looking at a dark horse who could lead the N.L. in strikeouts, heading to the Southside for our favorite Over and getting on the Ohtani MVP hype train with a total-base player prop.

We bring you that and more with our best MLB betting free prop bets and predictions for Thursday, April 8.

Milwaukee Brewers starting pitcher Corbin Burnes picked up where he left off last year, after finishing sixth in NL Cy Young voting. In his first start of the season against the Minnesota Twins, the right-hander threw 6 1-3 innings of one-hit ball and struck out 11 of the 21 batters he faced.

His cutter – around 96 mph – is one of the league’s best strikeout pitches and had a 35 percent whiff rate last weekend against the Twins. On Thursday, Burnes will unleash his sinker/cutter/changeup combo on the St. Louis Cardinals, who will be starting an over-the-hill Adam Wainwright—who has a 20.25 ERA after one start.

The Cardinals struck out nearly 11 times per game over the weekend and maybe sporting a weaker-than-usual line-up with the first pitch at 4:15 PM.

Teams tend to give one or two top players a breather on afternoon games, meaning Burnes could be seeing even more below-average bats on Thursday—including a pitcher.

We cashed the Burnes Over 7.5 strikeout prop his last go around and we’re going to ride again today.

It seems like the ball is flying out of the parks in the early going of the MLB season, but in actuality, Overs are cashing at 49.4 percent heading into midweek. Don’t let that news get you down, though, as we’ve got a banger for our favorite Over play on the Thursday slate.

The White Sox haven't had any trouble scoring runs this week as they hung a six-pack on the Mariners on Monday followed by 10 on Tuesday. Chicago will get a great chance to keep the bats hot against Kansas City starter Brad Keller, who got pummeled in his first go-around: 9H, 6ER, 1 1-3 IP.

The Royals came out swinging to start the year as well and put up 25 runs over their first two games of the year. The Sox have given up nearly five runs per match through the first week and starter Lance Lynn’s 0.00 ERA may be a little deceiving.

Lynn lasted only 4 2-3 innings in his first start, gave up six hits, walked two but allowed zero runs. His 1.71 WHIP means runs are on the way and the K.C. bats will be happy to send Lynn to the pine and feast on Chicago’s home-run happy bullpen (1.61 HR/9).

The Sox’s lineup is deadly scary right now with sophomore Luis Robert hitting out of the two-hole and newcomer Yermin Mercedes cleaning everything up out of the five-spot. This is an exciting offense to watch and with a big wind blowing out to left field, it may really flex its muscles on Thursday.

Sometimes placing a bet is just a great excuse to watch something special. The Angels’ Shohei Ohtani is must-watch baseball as his approach at the plate and dominance on the mound is a once-in-generation thing.

Los Angeles coach Joe Maddon has taken the training wheels off the two-way player and has given the Japanese star as many at-bats as he can handle this season. Through Ohtani’s first 20 AB’s, he has ripped two long balls, swiped two bags and has collected more than one total base in three of his five starts in the lineup.

The Angles will face the Blue Jays and starter Ross Stripling. The former Dodger gave up seven hits (one home run) over 3 1-3 innings in his first start of the year. It is a great matchup for L.A.’s hitters, including the guy who bats after Ohtani.

Mike Trout has faced Stripling seven times over his career and has launched two homers. Stripling may be paying too much attention to Trout and forget that Ohtani is also capable of spraying the field.

The Halos were off yesterday which means the Ohtani will be plenty rested to crush Toronto’s pitching. His elite speed also means he can stretch long singles into doubles and help us cash that Over 1.5 total bases. 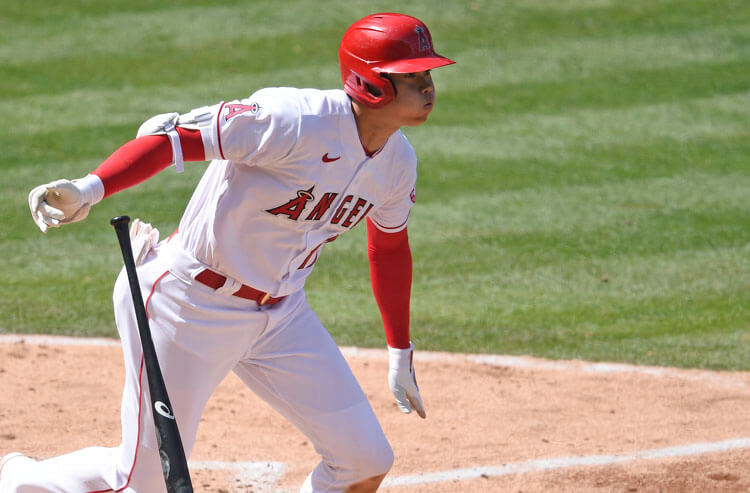 Today’s MLB Prop Bet Picks: All Aboard the Ohtani MVP Train
Provided by