The Friars have nothing left to play for, while L.A. and starter Max Scherzer are supremely motivated to close the season strong. This could be a bit of a dusting, as our Padres vs Dodgers picks explain.

The Los Angeles Dodgers host the San Diego Padres at Dodger Stadium in Los Angeles, California at 10:10 p.m. ET on Wednesday, September 29. The Dodgers are still fighting for the top spot in the NL West, so this game means a lot to them. Their margin for error is razor-thin right now, but they do play a Padres team that has nothing left to play for.

Will Los Angeles take care of business with Max Scherzer on the hill? Keep reading our Padres vs. Dodgers picks and predictions to find out.

Ryan Weathers (4-7, 5.01 ERA): Weathers will be making his first starts since Aug 28 as has had five middle-relief outings between then and now. The lefty owns a 4.73 ERA over his last seven games but has struggled even more as a starter. The rookie and former first-round pick has a near-6.00 ERA across 17 starts while opponents are posting a .885 OPS against the young southpaw. He struggles to settle in with a 5.29 first-inning ERA and has 1.017 OPS against versus teams’ No. 4 hitters. To Weathers’ credit, he does own a 0.84 ERA with a 0.563 WHIP versus the Dodgers this year over 10-plus innings and two starts. Weathers has not pitched more than 4 2-3 innings since July 6.

Max Scherzer (15-4, 2.28 ERA): The Dodgers haven’t lost a game with Scherzer on the mound, as they are 10-0 when the righty takes the hill this season. Since arriving in Los Angeles, the superstar has seen his ERA drop from 2.76 to 2.28. He’s coming off a game in which he gave up five runs on six hits in just five innings of work, but he gets a pass for that because it was at Coors Field.

Under is 7-2 in San Diego’s last nine games after scoring two or fewer runs in its previous game.  Find more MLB betting trends for Padres vs. Dodgers.

Almost everywhere you look, the Dodgers are favorites of more than -300 in this game, so it’s better to take a chance on the run line here.

The matchup on the mound makes this one ripe for a comfortable Dodgers win. Lamet hasn’t exactly been awful this season, but he is not going to be able to throw a lot of pitches in this game. While Lamet used to be a starter, he hasn’t given San Diego more than two innings in nearly three months. So, even if the righty pitches well in this game, he’ll end up being replaced rather quickly.

Then, one of the best offenses in the league gets to go to work against a bullpen. The Padres have gotten good years out of their relievers in 2021, but it’s not realistic to expect them to hold the Dodgers down for more than five innings.

The last time Scherzer pitched against the Dodgers, the ace struck out nine batters in eight shutout innings. He also has good reason to be locked into this outing, as he is currently trying to win himself the NL Cy Young Award. On top of that, Scherzer is facing a lineup full of unmotivated hitters, as San Diego completely flamed out in the race for a spot in the NL Wild Card Game.

Meanwhile, the Dodgers still have a slight chance to win their division and still need to continue to stay focused. Overall, the difference in mentalities and talent could make this pretty lopsided.

Last night, these two teams combined to score only three runs and the Padres have actually gone Under in three of their last four games. Also, the Under is 17-6 when Scherzer has gotten to face NL teams with on-base percentages of .325 or worse this season, with the average number of runs in those games being just 6.9.

Also, after allowing 11 runs in 10.2 innings against the Padres in his first two starts against them this season, Scherzer responded by turning in eight shutout innings against them on September 12. He should be able to put forth a similar performance in this one, which would give Under bettors a great chance of cashing. While Lamet isn’t an inspiring opening option for the Padres, this Dodgers offense has scored four or fewer runs in each of its past four games. 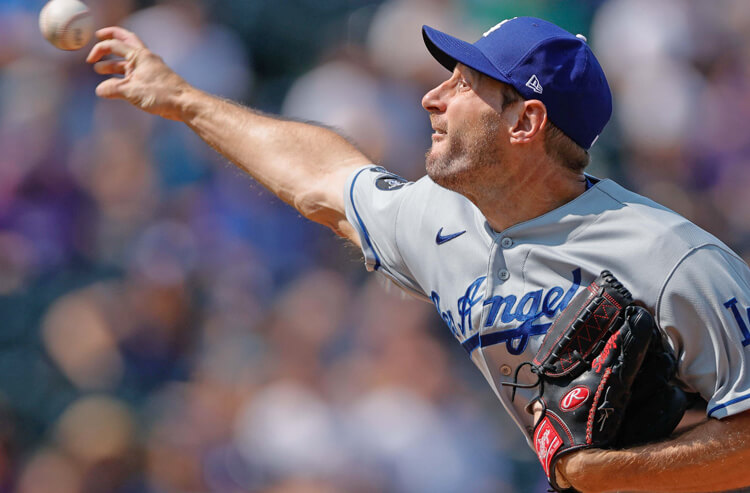