The San Francisco Giants and the Seattle Mariners treated us to our first walk-off of the 2021 MLB season, even if the Giants walked in the winning run in an 8-7 Mariners’ win.

The M's will be slight home favorites for Game 2 when they send Yusei Kikuchi to the mound, while the Giants counter with veteran Johnny Cueto. Are we in store for another thrilling finish?

Check out our MLB free picks and predictions for Giants vs. Mariners on Friday, April 2, with first pitch scheduled for 10:10 p.m. ET.

Johnny Cueto (2020: 2-3, 5.40 ERA): Cueto hasn’t played a full season since 2017 but is hoping he can recapture his All-Star form in 2021. Cueto pitched to mixed results last season but finished with a 5.40 ERA and a 1.37 WHIP over 12 starts. He also did a good job of limiting hard contact last season thanks to mixing his four-seam fastball with a decent diet of off-speed pitches, resulting in an opponent batting average of .248.

Yusei Kikuchi (2020: 2-4, 5.17 ERA): This will mark Kikuchi’s third MLB season since coming over from Japan, and the results have been underwhelming to this point. The lefty owns a career 5.39 ERA and a 1.47 WHIP in 41 big league starts. Kikuchi did show some signs of improvement in 2020 though, posting a 1.29 WHIP and his strikeouts were way up over 2019, recording a strikeout per inning last season.

The Giants are 4-1 in their last five games in Seattle. Find more MLB betting trends for Giants vs. Mariners.

Things were looking good for the Giants on Opening Day. They built a 6-1 lead, getting homers from Buster Posey and Evan Longoria, and got 6.2 strong innings from starter Kevin Gausman. Then the eighth inning happened, where the Giants imploded. They allowed six runs on just three hits, three walks, a hit by pitch and an error. It was just ugly.

So, the Giants are hoping for another strong outing from their starter, and Cueto can provide just that. San Francisco was able to get good length out of Cueto last season as he averaged almost 5.1 innings per start. He should be able to keep the Mariners’ young lineup off balance with a healthy dose of breaking pitches.

While Kikuchi showed some signs of life last season, he faces a Giants’ lineup that, aside from being a savvy and veteran bunch, ranked fourth in the MLB when it came to batting average against left-handed pitchers. Mix in a Seattle bullpen that was one of the worst in the majors and it's hard not to like the value with the Giants as slight dogs.

Yesterday’s matchup would have been a tough one to stomach if you were on the Under. The game was sitting at seven total runs before the bottom of the eighth and when all was said and done, 15 runs were plated. But the bulk of that scoring came in that whacky half-inning, and if the Giants didn’t pull Opening Day’s best choke job, those Under bettors might have gone home happy.

As noted, Cueto should be able to put in some work against this young and inexperienced Mariners lineup. And while the Giants have proven, once again, they can be successful against lefties, the majority of their production came off the long ball in the opener. This one should slip below the number. 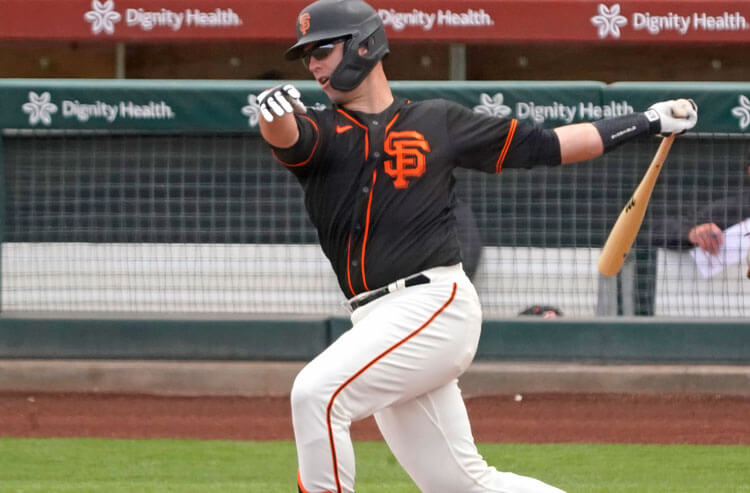 Giants vs Mariners Picks: Can San Francisco Recover?
Provided by