Chicago and San Francisco are at opposite ends of MLB hierarchy but recently, the Cubs' fortunes have been reversed with six wins in a row. The Cubbies are rolling into this one but our picks don't expect them to make it seven straight Ws.

The Chicago Cubs (40-57) may not currently be near the playoff picture but that hasn't stopped them from stringing together a six-game winning streak.

The San Francisco Giants (48-50) are 3.5 games back from the final National League Wild Card spot and need to put an end to the Cubs' winning ways to keep their heads above water.

Can the Giants snap the unexpected winning streak from the lowly Cubs or will Chicago build on the streak as it spends what is likely its final moments with the likes of All-Stars Willson Contreras and Ian Happ as the trade deadline approaches?

Continue reading for free MLB picks for the Cubs vs Giants matchup on Thursday, July 28.

The Giants opened as -130 favorites and are now as high as -145 at some books. The total opened at 8.0 and that remains the number, with a few books showing juice starting to favor the Over.

If you're betting on the MLB tonight, here are two of the best bonuses* available:

Justin Steele (4-6, 4.02 ERA): Not much was expected of Steele prior to making his major league debut last season. For a fresh face with minimal expectations, he pitched admirably to a 4.26 ERA and 1.35 WHIP. W

With plenty of opportunities available given the team's pivot to a rebuild, Steele has been able to rack up starts in 2022. In 18 starts already, he has pitched to a 4.02 ERA — a mark that has gotten much better over time.

The Cubs have won six games in a row. Find more MLB betting trends for Cubs vs. Giants

We are now seven seasons removed from the Cubs’ miraculous World Series win and the remnants of that team will likely be gone once we reach the other side of the trade deadline. Team leader and now three-time All-Star Wilson Contreras and the emerging first-time All-Star Ian Happ are all but certain to be moved by then.

Willson Contreras and Ian Happ share an emotional goodbye hug as they both expect to be playing somewhere else next week pic.twitter.com/jIYq9Stvce

Being a Cubs fan now is bittersweet at best, with the club ultimately failing to replicate that postseason magic since that 2016 run. Most are upset at the front office's inability to capitalize on what seemed like a young and well-rounded roster but at the very least, the team is putting together one last hoorah before their season ultimately becomes meaningless, with the Cubs stringing together a six-game winning streak.

The Giants, unlike the Cubs, still have much to play for in 2022. Following this current skid, they find themselves 3.5 games back of the final National League Wild Card spot and they need to stop the bleeding sooner rather than later if they hope to stay within striking distance. In hopes of doing that, they will send Alex Wood to the mound.

Wood’s career took an ugly turn in 2019 but after two down seasons, he returned to form in 2021 with the Giants, notching a 3.83 ERA and 1.18 WHIP. He tallied a monstrous 152 strikeouts in just 138 2-3 innings pitched, which marked his highest strikeout per nine innings pitched rate (9.9) as a full-time starter.

The now 31-year-old has regressed slightly (4.21 ERA, 1.26 WHIP) but also has improved those numbers vastly as of late.

Through June he had a 5.03 ERA and in the four starts since he has allowed just three earned runs across 20 2-3 innings pitched (1.31 ERA). In his last outing, he allowed two earned runs across four hits and two walks in four innings of work against his former ballclub.

If he can maintain his July excellence tonight, he gives the Giants a good chance to bounce back.

As of late, the Cubs have been playing more firmly towards the Under, going 12-5-3 towards the Under dating back to July 2. That has largely been a product of their general inability to score runs (their 4.31 per game ranks 19th) and their starters pitching to a collective 3.25 ERA this month — the sixth-best mark in MLB.

Justin Steele has been part of that rotation resurgence, improving his ERA from 5.40 through May to 4.02 following his latest start (5.0 IP, 4 H, 1 ER). If he can keep the excellence coming (much like Wood has this month), there is certainly room on the Under in tonight's game.

The problem, however, is that tonight's weather projects to be one of the most hitter-friendly environments of the season. The wind is blowing 14 mph out to left center and the humidity is projected to be as high as 96%. For reference, balls are stored at 50% humidity and more humid conditions cause balls to fly further.

In a matchup otherwise pointing towards the Under, the weather alone here is more than enough to pivot towards the other way.

There are a lot of interesting dynamics at play for tonight's game, to say the least. You have teams on opposite ends of the playoff contention spectrum playing in the opposite way in terms of recent form.

The 40-57 Cubs are squarely out of the race and are enjoying July as a final hoorah for the season, between sending two players to the All-Star game and enjoying every last bit of what is likely to be their last handful of games in a Chicago uniform.

On the other side, you have the sliding Giants, losers of seven straight now who are desperately in need of a fortune reversal.

Both teams are sending pitchers to the mound that are amid great stretches of pitching but are faced with pitching in arguably the most hitter-friendly conditions of the season. One (or even both) is bound to get a wake-up call tonight, which makes for a fun game to watch.

Given the conditions and the fact that both of these pitchers are likely due for some regression in the near term, the total is the play here. 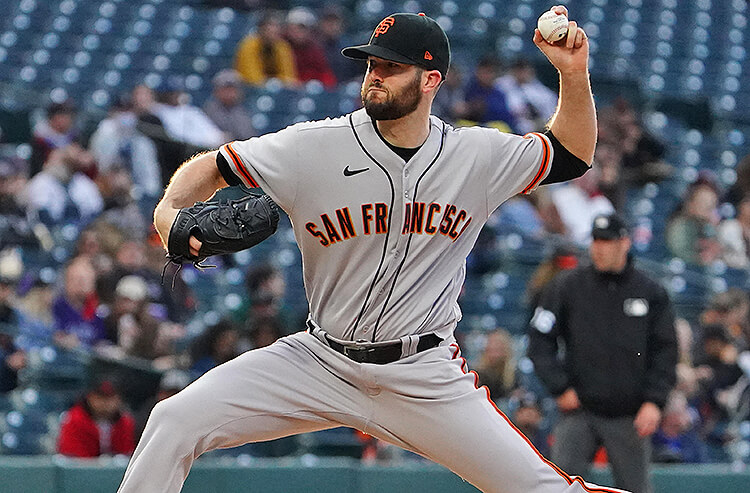