Braves vs Phillies Picks and Predictions: Philling Up the Scoreboard

Two NL rivals in the midst of disappointing seasons collide again tonight as Philadelphia and Atlanta mirror their cities' NBA playoff series. Find out if ATL can get out of its slump in Philly as we preview this matchup with our Braves vs. Phillies picks.

The Atlanta Braves and Philadelphia Phillies both entered this season with high expectations, so the first two months have certainly been a disappointment.

The National League East rivals both entered this series below .500 and with a negative run differential, and neither team will want to fall too much farther behind the division-leading New York Mets as they continue their three-game set at Citizens Bank Ball Park in Philly.

Check out our MLB free picks and predictions for Braves vs. Phillies on Wednesday, June 9, with first pitch scheduled for 7:05 p.m. ET.

Tucker Davidson (0-0, 2.31 ERA): The Braves rookie makes his third start of the season and despite some issues with his command last time out, Davidson managed to shut out the Nationals over 5 2-3 innings on just one hit. The lefty uses mostly a fastball-slider combo to get batters out.

Zach Eflin (2-5, 4.10 ERA): Eflin has been a reliable starter for the Phillies this season, recording seven quality starts in the 11 times he has taken the mound. The right-hander hasn’t pitched since May 30th as the Phillies attempt to keep him fresh for a full season.

The Braves are 1-7 in their last eight games in Philadelphia. Find more MLB betting trends for Braves vs. Phillies.

Both the Braves and Phillies entered this series doing what they do best, scoring runs, and that continued in the opener as the NL East rivals cashed the Over 8.5.

The Braves have epitomized the new age of the approach to hitting this season. They have slugged more home runs than anyone in baseball and rank sixth in scoring but at the same time rank 17th in batting average, which includes hitting .227 against right-handers and ranking 22nd in strikeouts.

Atlanta has faced Eflin twice this season and the right-hander has been mostly effective against the Braves. He last faced them on May 7, holding them to two runs on five hits while striking out eight over 6 2-3 innings.

Meanwhile, the Phillies bats come into this game on fire, plating a whopping 8.0 runs per game over their last five contests. Despite the fact the Phillies strike out a ton, this is great value for a team that is red-hot at the dish and has the more reliable starter.

As noted, these teams went Over the total in the opener, making it the sixth time in the last seven meetings that these NL East rivals have gone above the number, and it wouldn’t be a shock to see more of the same in Game 2.

As we mentioned, the Phillies bats are absolutely scorching hot right now, and even if they can’t get to Davidson, the Braves will eventually have to hand the ball to a shaky bullpen that ranks 26th in ERA and 24th in WHIP.

On the other side, while Eflin has been solid this season, he has had some issues with the long ball, giving up nine home runs this season, and the Braves go deep more than anyone. On top of that, the Phillies bullpen is just as, if not shakier than, the Braves pen.

Bet on the bats to stay loud in this one and take the Over. 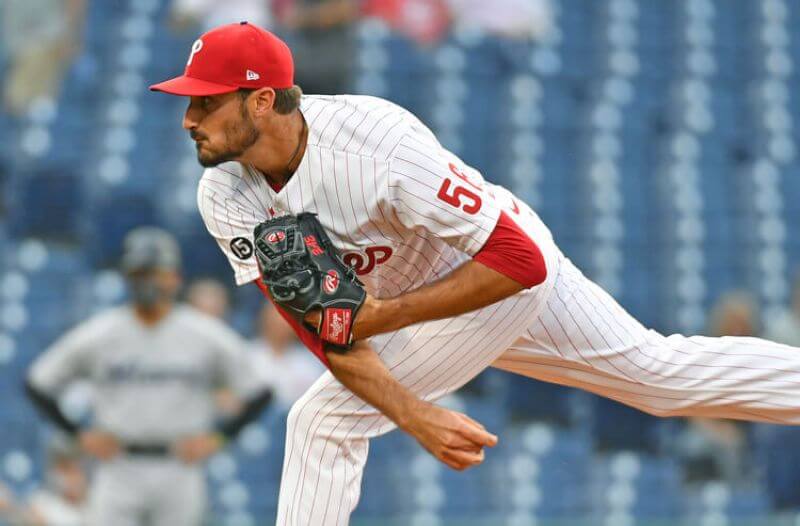 Braves vs Phillies Picks and Predictions: Philling Up the Scoreboard
Provided by

Astros vs Twins Picks and Predictions: Blasting the Over
Rohit Ponnaiya | Jun 11, 2021