Blue Jays vs Yankees Picks and Predictions: Jays Look to End Slump in the Bronx

Toronto is mired in a six-game losing streak but you can't blame the offense and star Vladimir Guerrero Jr., who is currently third in the AL in batting average, second in RBI, and first in home runs.

The Toronto Blue Jays keep finding new and painful ways to lose during their six-game slide streak and if they want to reverse this cursed run, they’ll have to do it on hostile grounds as they open a three-game set against the New York Yankees at Yankee Stadium.

The Jays will also have to deal with Corey Kluber who is coming off a no-hitter against the Texas Rangers. Check out our free MLB betting picks and predictions for Blue Jays vs. Yankees on Tuesday, May 25th, with first pitch scheduled for 8:40 p.m. ET.

Steven Matz (5-2, 4.69 ERA): Matz’s Blue Jays career got off to a great start, winning his first four starts and pitching to a 2.31 ERA, but his last five starts have been a different story. The lefty has been tuned up for a 6.93 ERA and a .346 opponent batting average over that span. Which Matz will we see in this one?

Corey Kluber (4-2, 2.86 ERA): Kluber is coming off the first Yankees’ no-hitter since David Cone’s perfect game in 1999. The right-hander has been the Yankees' most reliable starter behind Gerrit Cole, pitching to his best ERA since his Cy Young-winning season in 2017. Kluber has, however, had the benefit of a soft schedule and has had some problems with the Jays this season.

The Blue Jays are 6-2 in their last eight games against the Yankees. Find more MLB betting trends for Blue Jays vs. Yankees.

The Toronto Blue Jays are on a six-game losing streak but the last five have been particularly hard to stomach for their fans and backers. Over their last five games, the Jays have lost in extras twice, lost a multi-run lead in the ninth twice, and lost a game they were tied in the eighth. Not great, Bob.

If there is something good to take away during the losing streak it’s the hitting hasn’t let up. They are still plating five runs per game with the likes of Vladimir Guerrero Jr. and Marcus Semien tearing it up.

Also encouraging is their record against the Yankees this year. The Jays are 4-2 against the Yanks heading into this matchup and they have done well against Kluber as well, touching him up for five runs on 11 hits while working him for five walks over eight innings this season.

But the Bronx Bombers are in a different place now — but it's not because of the bombs. They have won six in a row, giving up just nine runs over that span, and trail the Tampa Bay Rays by just one game in the AL East. The Yanks bats while powerful, are still inconsistent, ranking 24th in scoring and 20th in batting average.

While these two AL East rivals are on exact opposite streaks right now, and Matz has been unpredictable at times, the price right now is good enough to take a stab on the Blue Jays to end their slide.

When it comes to the total, 9.0 might seem a little low considering the way these two teams slug the ball. And guess what?

We agree with that assessment.

As noted, Matz has struggled in May, allowing three or more runs in four of his last six starts and five or more runs in three of those. And while the Yankees' bats have been inconsistent, they do hit lefties a little better this season. On top of that, the Jays’ bullpen, which was a strength early in the season, has started to show some cracks lately.

As for Toronto, it has one of the best lineups in baseball, ranking in the Top 10 in runs, average, OPS, home runs and it doesn’t strike out a ton. This has been the case even during the losing streak.

The Jays have also done well against Kluber, whose resurgence has come against the likes of the Orioles, Tigers, and Rangers. Bet this one to go Over. 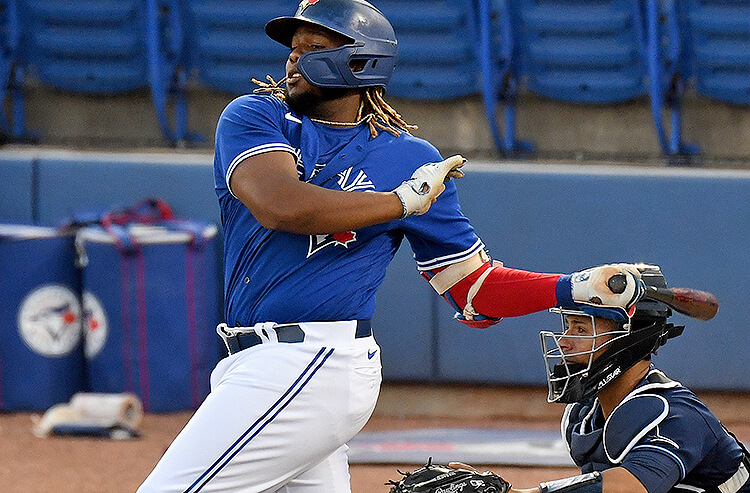 Blue Jays vs Yankees Picks and Predictions: Jays Look to End Slump in the Bronx
Provided by