Today’s MLB Prop Bets, Picks and Predictions: deGrom Day is Back in Play

The New York Mets lineup has been decimated by injuries but they get their most important player back on Tuesday, as ace Jacob deGrom returns from right-side tightness.

What do the low-A Palm Beach Cardinals and the Colorado Rockies have in common? They’re both about to be recent victims of Jacob deGrom.

The New York Mets starter showed no mercy in his rehab start and will look to carry that over to his next Big League one. But we can’t trust the Mets either... so that can only mean one thing.

Sound the deGrom Gong, as it’s the return of one of our favorite MLB props — deGrom Day!

We break down and pick that game and more with our best free MLB prop bets and predictions for Tuesday, May 25.

Miami Marlins starter Sandy Alcantara responded to his worst start of the season by tossing an absolute gem his next time out against the Philadelphia Phillies.

Alcantara blazed through six shutout innings, giving up just two hits while striking out nine batters against the Phillies just back on May 20th. The game lowered Alcantara’s ERA to 3.63 for the season, to go along with a 1.12 WHIP while striking out 9.5 batters per nine innings.

Alcantara gets to run it back against the Phillies, who continue to try and swing out of their shoes, ranking 28th in strikeouts per game and getting punched out 10.25 times per game this season.

While we got burned with Trevor Rogers against the Phillies yesterday, that can almost be all be attributed to an awful first inning where he couldn’t buy a strike. And with Alcantara racking up six or more Ks in six of his 10 starts this season, this number against Philly is too tempting to pass up.

The St. Louis Cardinals and the Chicago White Sox continue their series of Central Division leaders and Game 2 is highlighted by a fantastic pitcher’s duel as Jack Flaherty toes the rubber against Lucas Giolito at Guaranteed Rate Field in Chicago.

The White Sox took the opener by a score of 5-1 in a game that was pitched well by both starters — and this one could be even better.

Flaherty has an 8-0 record in his first nine starts, pitching to a 2.53 ERA, 0.99 WHIP, and is limiting opponents to a .190 batting average this season. He faces a dangerous White Sox lineup but Chicago is in a bit of a slump right now, plating just 2.67 runs per game hitting just .177 against right-handers over its last six games.

Countering Flaherty is friend, and high-school teammate, Lucas Giolito. The White Sox righty has had his best stuff early in the season but has allowed one earned run or fewer in three of his last four starts, including allowing just one run on two hits while striking out 11 in eight innings last time out against the Minnesota Twins.

With the Cardinals featuring a top-heavy lineup that hits just .212 on the road against right-handed pitchers, we like this one to be low-scoring early.

DeGrom’s return is a much-needed boost to an injury-riddled Mets team and luckily for New York, Tuesday’s opponent — the Colorado Rockies — have a lot of similarities to a low-A squad.

The Rockies' win Monday was just their third on the road this season and they are scoring just 2.80 runs per game, hitting .208 with a .583 OPS, all dead-last in the MLB. And now, they need to deal with deGrom.

But the Mets are in such a bad place right now, they lost to the Rockies at home! It was their third loss in a row and seventh in their last 10 overall as they are dealing with injuries to Jeff McNeil, Michael Conforto, Pete Alonso, and J.D. Davis, while Francisco Lindor at the plate right now looks like a stormtrooper trying to hit Luke Skywalker with a blaster.

The Rockies are also getting a big starter back in Kyle Freeland but we are buying a half-run to play this safe because 3.0 is such a low number. That said, we’re still confident we’ll be sounding the deGrom gong after five innings in this one.

MLB betting card for May 25 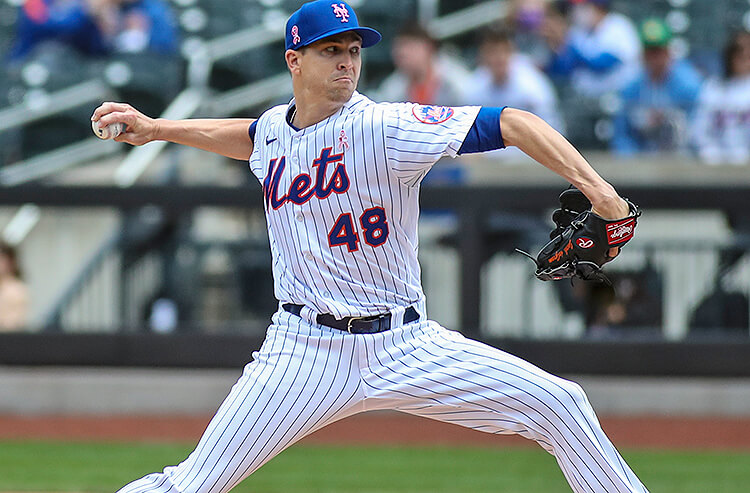 Today’s MLB Prop Bets, Picks and Predictions: deGrom Day is Back in Play
Provided by