Toronto dropped two to Oakland, but with a struggling pitcher on the mound and a tapped bullpen, we don't see the underdogs holding on yet again. Find out more with our MLB betting picks for Blue Jays vs. A's.

The Toronto Blue Jays and the Oakland A’s will wrap up their three-game series at RingCentral Coliseum with some afternoon baseball this Wednesday.

The Blue Jays have shockingly dropped the first two games of this series to the worst team in baseball, and have now lost each of their last five contests.

Can Toronto recover and avoid the sweep in this spot? Find out in our free MLB picks and predictions for Blue Jays vs A’s on Wednesday, July 6.

The Blue Jays opened as consensus -170 road favorites, but bettors have backed them down to the -190 range at most sites. The total was unveiled at 8, and while plenty of those can still be found, some sites have moved the line up to 8.5 runs as of this writing.

A) Vladimir Guerrero Jr. Bo Bichette, Matt Chapman, and Teoscar Hernandez each to get a hit BOOSTED to +340 at Caesars! Claim Now

Jose Berrios (6-4, 5.72 ERA): After giving up 11 earned runs in 6 2-3 innings over his final two starts in June, Berrios settled down to begin July. He surrendered just two runs over five innings of work against the Rays last Friday. However, Berrios allowed eight hits and two walks in that effort, bringing his WHIP for the season up to 1.43.

James Kaprielian (1-5, 5.43 ERA): Kaprielian recorded his first quality start as well as his first win of the campaign in start No. 12 last Friday, limiting the Mariners to one run over six frames. However, his strikeout/walk ratio of 40/27 on the year still leaves much to be desired.

The Athletics are 18-42 in their last 60 home games.  Find more MLB betting trends for Blue Jays vs. A's

The Blue Jays dropping the first two games of this series was surprising enough, so they seem due to right the ship on Wednesday afternoon, even with the struggling Jose Berrios on the hill.

The A’s have plated the fewest runs per game at home this year at 2.53, far below even the 29th-ranked Royals at 3.46. They’re also last in home OPS at .569, which is welcome for Berrios, who’s struggled with traffic on the bases this season.

Speaking of struggling starters, Oakland’s James Kaprielian has allowed 11 homers over 58 innings of work this year, or 1.7 four-baggers per nine innings. That spells trouble against a Toronto team that’s tied for fifth in the majors in home runs this season.

The Blue Jays brought in all their runs via the longball on Tuesday, with Matt Chapman and Teoscar Hernandez leaving the yard. Vladimir Guerrero Jr. is the team leader with 19 dingers, but what’s more impressive about Toronto’s roster is that five players (Guerrero, George Springer, Bo Bichette, Chapman, and Alejandro Kirk) have double-digit dingers at the halfway mark of the campaign.

Toronto’s lineup should lead the way to an Over in the Wednesday finale between these two clubs.

In addition to their home run prowess, the Blue Jays also have some hot base-hitters in their order at the moment. Lourdes Gurriel Jr. is off to a .500 start in July (7-for-14) with three extra-base knocks. Even Cavan Biggio has gotten in on the act from the bottom of the lineup, beginning the month batting .389. He’s proven to be a smart hitter this year, walking 23 times and striking out only 39 times.

Once Kaprielian is chased, Toronto can take advantage of an A’s bullpen that’s 23rd in the majors by ERA (4.30) this year.

Berrios is unlikely to make it through this start unscathed, even against this shoddy lineup. Seth Brown and Stephen Piscotty (who homered last night) have matching 3-for-6 lifetime records against Berrios, who sports a 7.92 road ERA in 2022.

The Blue Jays’ bullpen isn’t much better, ranking 22nd on the campaign with a 4.29 ERA.

Trend bettors should note that the Over has cashed in each of Berrios’ last seven road starts and is 28-9 in the Blue Jays’ last 37 overall.

When back-to-back five-run games feels like a huge hot streak, you know that the A’s offense can’t be trusted to keep pace. There appears to be value in taking Toronto to eclipse their team total in this tilt.

Though the Blue Jays’ bats are in a minor funk, bettors should realize that they’ve been able to take their show on the road in 2022. Toronto is averaging 4.67 runs per game as the visiting team this year, in line with their home average of 4.70.

The A’s have already used some of their high-leverage arms out of the bullpen in order to protect some rare wins to start this series. That includes Zach Jackson (team-high 15 holds), who is likely off-limits after working both Monday and Tuesday.

Back the Blue Jays to flex their offensive muscles en route to victory on Wednesday afternoon. 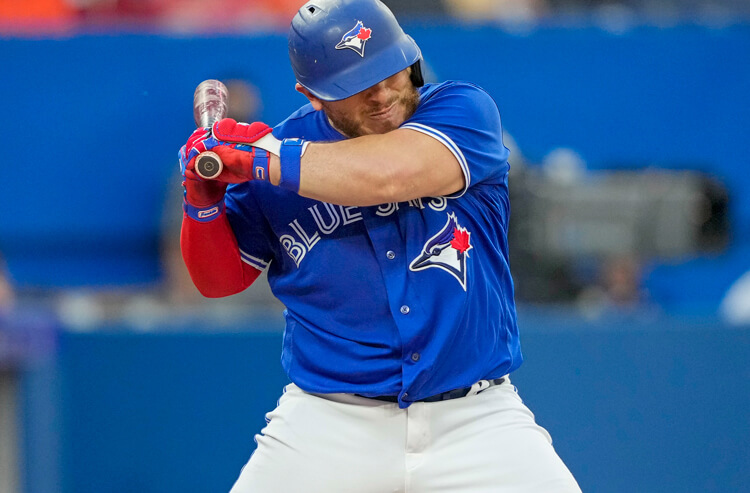