The Red Sox have beat up on lefties so far this season, and face a struggling southpaw in Jose Quintana when they take on the Angels Sunday afternoon.

The Boston Red Sox will be looking for a sweep over the Los Angeles Angels when the two meet at Fenway Park for a Sunday matinee.

After having some major MLB betting hype in the preseason, it's been another disappointing start for the Halos, who are in last place in the AL West and will try to snap out of their current funk against the AL East's top team.

Will Los Angeles avoid a fourth consecutive loss today? Find out in our Angels vs. Red Sox picks and predictions for Sunday, May 16, with first pitch set for 1:10 p.m. ET.

Jose Quintana (0-3, 9.00 ERA): Quintana pitched four innings of one-run ball against the Dodgers his last time out, striking out six batters. However, the lefty also happened to walk five batters, and somehow that was arguably his best performance of the year. He just hasn’t put it all together just yet, and he’s not giving Los Angeles many innings.

Nathan Eovaldi (4-2, 4.20 ERA): Eovaldi has had an up-and-down season, as he gave up just one earned run in six innings of work in his last time out but has yielded at least four earned runs in three of his four starts prior. The righty has always had some pretty nasty stuff but he is capable of going out there and turning in a dud. Fortunately for him, he catches the Angels at the right time.

The Red Sox are 7-3 in their last 10 games. Find more MLB betting trends for Angels vs. Red Sox.

The Red Sox are 6-0 in their last six games against left-handed starters, and they now face a matchup against a southpaw that happens to be at rock bottom in terms of performance this season. Quintana’s best-case scenario seems to be a short outing in which he only gives up a run or two. However, this Boston team is ready to pounce on him.

Xander Bogaerts, J.D. Martinez and Hunter Renfroe are a combined 18 for 52 with a double, two homers and eight RBI against Quintana in their careers, and Boston has proven that hitting lefties is no problem — it really wouldn’t be shocking if the Sox end up putting a big number on the scoreboard here.

Eovaldi is an inconsistent starter for Boston, but he can be hard to hit when he’s on. And while it’s hard to say he’ll have it going in this game, there’s certainly no doubt that this is a great matchup. Los Angeles is struggling at the plate right now, and facing a high-strikeout option like Eovaldi could shake the team’s confidence even more.

Four of Quintana’s six starts this season have resulted in a double-digit total, while Eovaldi is certainly capable of having a crooked number put on him as well.

Eovaldi has had three starts in the last five games where he has given up at least four earned runs but he also hasn’t let up a homer this year, which just comes down to pure luck at this point and suggests more runs could be on the way. He gave up homers in four of his final six games in 2020, and he’s due to cough up a long ball or two here.

Overall, the Red Sox seem primed to win this game, but neither of these starters can be trusted. 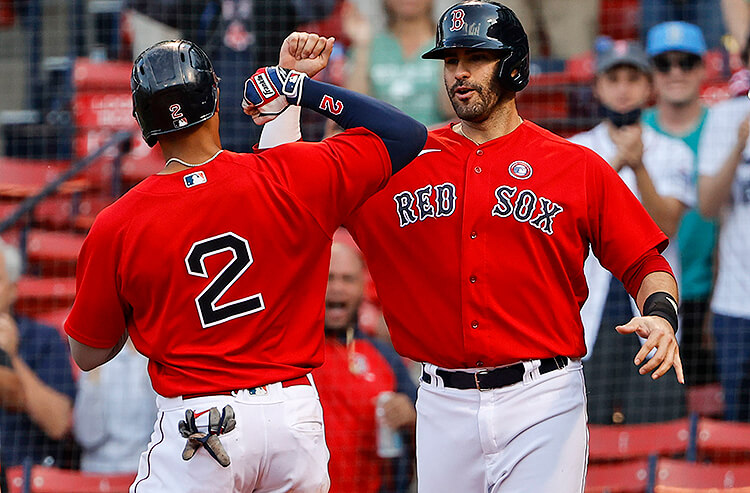