The Mariners are in the thick of a playoff race and have everything on the line against an Angels team playing out the string. The M's are rightfully huge MLB betting favorites tonight, but can you trust them in what is now officially spoiler season?

The Seattle Mariners are right there in the race for a spot in the AL Wild Card game and will try to claim a postseason berth when they open a series against the Los Angeles Angels at T-Mobile Park on Friday night.

The M's are tied with Boston for the final spot, and one game ahead of Toronto, and after winning 10 of their last 11 are sizeable MLB betting home favorites tonight against the Halos.

Can Seattle continue its march to the playoffs? Find out in our MLB picks and predictions for Angels vs. Mariners on October 1.

Jose Suarez (7-8, 3.86 ERA): Suarez is coming off a start last week against this same Mariners team where he gave up four earned runs in five innings of work. However, the lefty also shut down Seattle back on July 11, as he gave up one run in five innings in that one. There’s no telling which version of Suarez we’ll see here, but he has had a nice season and usually keeps the Angels in the game.

Marco Gonzales (10-5, 3.80 ERA): Gonzales was dominant against the Angels on September 26, giving up one run in seven innings of work and striking out five. The lefty has had another solid season for Seattle this year and he really picked up his play after a horrible start, going 9-0 with a 2.68 ERA in nine second-half starts.

Angels: Justin Upton OF (Out), Mike Trout OF (Out), Anthony Rendon 3B (Out).
Mariners: Shed Long 2B (Out).
Find our latest MLB injury reports.

The Mariners are 5-1 in their last six games as a favorite. Find more MLB betting trends for Angels vs. Mariners.

The Mariners should be the obvious pick in this game, as they’re the ones with something to play for.

Seattle is currently trying to make sure it earns itself a spot in the AL Wild Card Game and the team has to be feeling good about getting Los Angeles at home this weekend. However, it's spoiler season, so clinching a spot in the playoffs is never easy — don’t expect the Mariners to sweep this series without breaking a single sweat.

That said, tonight's game offers Seattle a real good chance at getting off to a fast start.

While the Mariners have the third-worst batting average in the league against lefties this season, they do have the second-most home runs and are tied for fifth in RBIs against southpaws. So, Seattle might not make a lot of contact against left-handed pitchers, but the team makes it count when it does.

Plus, while Suarez has had a good season for the Angels, the Mariners were able to get to him in their last meeting.

Meanwhile, Gonzales is red-hot in the second half and has already had success this season against this Angels lineup, which happens to be extremely weak outside of Shohei Ohtani.

The Mariners were able to hit Suarez pretty hard the last time they faced him, but that was still only a game in which Suarez gave up four runs.

The reality is that four earned runs against has been Suarez’s ceiling all season, as that’s the most the lefty has given up this year. He did so on three separate occasions and it’s entirely possible he’ll do it again here.

However, even if he does, that would be a win for Under bettors with the way Gonzales has been pitching. 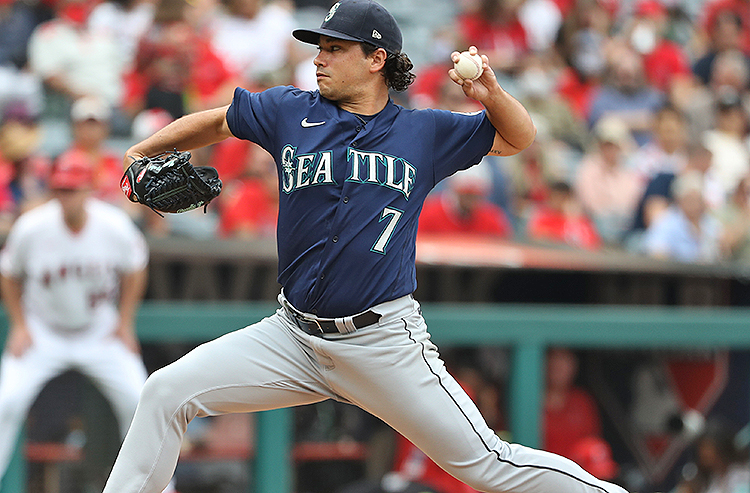 Angels vs Mariners Picks and Predictions: Can Seattle Avoid Falling Victim To Spoiler Season?
Provided by