There is plenty on the line across the league heading into the final weekend of the regular season, which means there's a plethora of MLB prop bet value still to be found. We're cashing in on those values Friday, including a southpaw showdown in LA.

The final weekend of the MLB season is finally here and with plenty still on the line we’ve got one last chance to cash in on the baseball prop betting market.

We open by looking at a pair of props for some white-hot hitters and close with a five-inning total in a southpaw showdown when the Los Angeles Dodgers host the Milwaukee Brewers.

Here are our best free MLB prop bets and predictions for Friday, October 1.

MLB props and picks for October 1

While the Cincinnati Reds came up short of the postseason, first baseman Joey Votto is still putting a nice bow on his season. The Reds’ slugger will look to stay hot as they close their season against the Pittsburgh Pirates.

He now goes against Pirates rookie Wil Crowe, whose first full season in the Big Leagues has been a bit of a struggle. The right-hander is pitching to a 5.77 ERA with a 1.63 WHIP this season and he’s had a real problem with the long ball: Crowe has allowed 25 home runs in 110 2-3 innings, which equates to 2.03 HR per nine innings.

That would be the worst in the majors among qualified starters.

Additionally, Crowe has gone up against Votto in one game this season — Votto went 1 for 3 against him. The one? A home run of course.

We’re betting Votto ends his season with a bang.

We look at another white-hot hitter in Minnesota Twins superstar Byron Buxton. And let's just say, a full season of the Byron Buxton we are seeing right now would be a scary thing.

Buxton has hits in 11 of his last 12 games, slashing .349/.744/1.184 over that stretch. He and the Twins will try to ride that hot streak into their final series of the season as they visit the Kansas City Royals.

The Royals will try to slow Buxton down by hand the ball to rookie Jon Heasley. The right-hander is making just his third Big League start and the first two have been a mixed bag — the Mariners got to him for four runs on six hits in four innings but he responded by shutting out the Tigers on three hits over 5 1-3.

That said, Buxton and the Twins will be the most potent lineup he has faced to this point in his young career. Then Heasley hands the ball to a Royals bullpen that ranks 21st in ERA and opponent batting average.

With Buxton going Over 1.5 total bases nine times over this 12 game stretch, we like the value on him to do it again.

We get a potential postseason preview as the Milwaukee Brewers close their season in Los Angeles against the Dodgers.

The Brewers are locked into their position as National League Central champions, but the Dodgers still have an outside shot of catching the San Francisco Giants for the NL West crown, so there is still plenty on the line in this matchup.

The pitching matchup of the opener of this series should be a doozy as Eric Lauer toes the rubber against Clayton Kershaw in a southpaw showdown.

The Dodgers still appear to be building Kershaw up for the postseason, as he hasn’t pitched more than five innings in a game over his three starts since returning from the IL. The results have been OK at this point, pitching to a 3.29 ERA and a 1.10 WHIP.

Meanwhile, Lauer has quietly been one of baseball’s hottest pitchers down the stretch. The lefty owns a 1.15 ERA and is limiting opponents to a .133 batting average over five September starts.

With the Dodgers and Brewers ranking 23rd and 27th, respectively, when it comes to batting average against lefties this season, we like pitching to be the story early in this one. 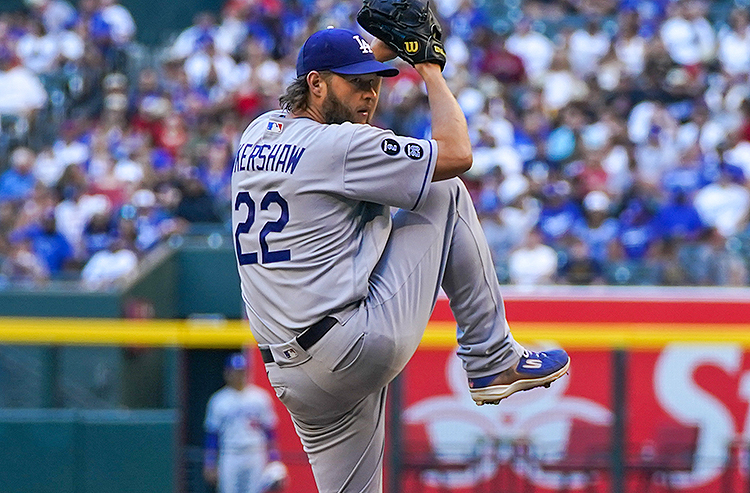 Today’s MLB Prop Bets, Picks and Predictions: Kershaw vs Lauer Will Be Low-Scoring Early
Provided by