Angels vs Astros Picks and Predictions: Halos Sunk in Houston

It's an AL West matchup in Texas today, with Los Angeles headed to Houston for a three-game set. The Angels surprisingly took two of three in their previous series, against the White Sox, but our MLB betting picks don't expect the Astros to be as kind.

The Los Angeles Angels come into their three-game series against the Houston Astros on a high note, after taking two of three games from the White Sox.

Will the Astros keep the Angels at bay, or will Los Angeles find a way to take the first of three games between these two?

Find out with our free MLB betting picks and predictions for Angels vs. Astros on July 1.

Michael Lorenzen (6-5, 4.24 ERA): The 30-year-old veteran is having a rough June. He has lost three of his four starts this month, including his last two games, both of which came against the Mariners. In his most recent start, a week ago, he went just three innings, allowing two runs on four hits.

Cristian Javier (5-3, 2.73 ERA): Javier has improved on every start in June. His most recent start was his fifth win of the season, in which he threw seven innings of no-hit ball against the New York Yankees.

The Angels are 9-22 in the last 31 meetings in Houston. Find more MLB betting trends for Angels vs. Astros

Angels vs Astros picks and predictions

In Cristian Javier’s last start, he threw seven innings of no-hit ball against one of the most powerful offenses in baseball, before relievers Hector Neris and Ryan Pressly finished it up for the team’s first combined no-hitter since 2019.

Javier said he could have continued pitching, but his count was 115 and manager Dusty Baker decided to pull him. The pitch count was the highest in his career, and he also matched his career-high for innings with seven.

Javier’s performance should bode well for Friday’s game. He has had a fantastic June, improving in every start. Javier has allowed three runs in his last three games and seven hits. He has also struck out 25 in those three games.

The Angels do not have a lineup comparable to the Yankees, as they are 21st in batting average, 14th in hits, and 14th in runs.

Los Angeles is down two third basemen now. Anthony Rendon is lost for the year with a wrist injury and the team put Matt Duffy on the IR because of a bad back. The team has counted on the 1-2 punch of Mike Trout and Shohei Ohtani, who are first and second in home runs, runs, and RBI, but it can only take the Angels so far.

They are also getting contributions from Jared Walsh and Taylor Ward, but this is a lineup that Javier should be able to handle.

As well as Javier has pitched, he is probably ready to come back to earth a bit and the Angels’ bats could assist with that. I don’t think the righty will get shelled, but he’s not pitching another no-hitter. His ERA for June is 3.32 and allowing the Angels to get a couple of runs off of him is a definite possibility.

The one that should help this game get to the Over is Lorenzen. The veteran struggled mightily in June. He lost three of his four games and allowed 15 runs in those four contests, as well as 22 hits. The right-hander had an ERA of 6.75 for June and in an outing two weeks ago was blaming slick baseballs.

If the Astros get to Lorenzen, it probably won’t be via the home run, as he has only allowed five all year. He has, however, coughed up 32 runs in 67 innings. If he pitches three to four innings, the Over will be well on its way to cashing.

The Over is also 4-0 for the Astros in the last four during Game 1 of a series and has hit five of the last eight home games against a right-handed starter.

There is a reason the Astros are in first place in the AL West and the Angels are 12.5 games behind them.

Having a rest doesn’t do the Angels any favors, as they are 0-4 in their last four games following an off day. 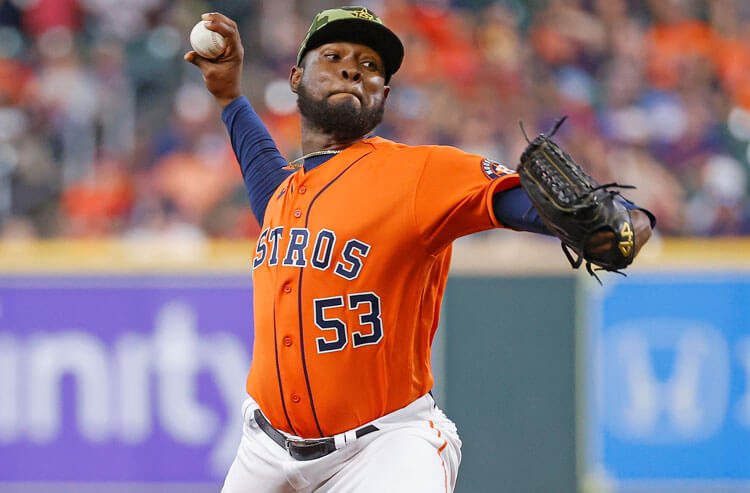 Angels vs Astros Picks and Predictions: Halos Sunk in Houston
Provided by