The third major championship of the season — the U.S. Open — is here with all of the thick rough and tough scoring conditions that come along with it. We break down our best head-to-head and top finisher plays below — including a fun Fitz outright prop.

The LIV defectors can’t play the PGA Tour anymore but they will be in the U.S. Open field at Brookline this week.

Phil Mickelson comes in as a 200/1 shot to win this championship, while fellow Saudi golf league member DJ is now 44/1 on FanDuel. The storylines — as well as the gambling opportunities — are bottomless for this week's U.S. Open odds.

Here are some best bets from the head-to-head and top finishers markets.

A) Talor Gooch, Seamus Power, and Adam Scott all to miss the cut BOOSTED to +950 at Caesars! Claim Now

B) Rory McIlroy to finish ahead of Dustin Johnson, Bryson DeChambeau and Phil Mickelson BOOSTED to +170 (was +145) at PointsBet! Claim Now

The Country Club at Brookline stats that matter

The Country Club plays 7,300 yards over a Par-70 layout with a lot of trouble in the form of bunkers, drastic slopes, and natural terrain. Players will have to find fairways here with thick U.S. Open rough and tiny Bentgrass greens.

Play around the greens play will also be critical, especially if the wind blows. As of Tuesday morning, it is looking like players will face a breeze in the low teens and gusts up to 25 mph throughout.

The Country Club is a roller coaster with multiple high risk/reward drivable Par 4s and three long Par 3s over 200 yards. It’s going to be a complete game test.

Driving will be at a premium and Bradley ranks 16th in the field over the last 24 rounds in strokes gained off the tee, while Gooch is 98th.

We also like the advantage in both bogey avoidance and opportunities gained for Keegan vs. Gooch. Plus, being from Vermont Bradley will get the New England bump from the fans while Gooch may face LIV-related heckling by the masses at Brookline.

Viktor’s short game is still very bad. How bad? He lost 6+ shots around the greens at the Memorial and 2.4 the previous week at Charles Schwab. Hovland has actually lost strokes around the greens in seven out of nine PGA Tour events in 2022.

So, he may not be able to compete at all on this course with very small surfaces. Meanwhile, Im ranks 17th in the field around the greens over the last 24 rounds and he also comes in on a hot ball-striking and driving stretch over his last three tournaments.

Noren has been doing everything a little better than Leish recently. Most importantly, he’s finding fairways much more often, scrambling better, and saving more pars from the sand.

Noren is also far ahead of Leishman in double-bogey avoidance, which could really be a factor on a course this difficult. As always, approach play will be important too, with Noren ranking 36th in recent strokes gained with his irons vs. Leishman at 76th.

He comes into Brookline with red-hot irons that have gained shots on approach in four consecutive events, including +7.8 strokes gained approach at both the Mexico Open and the Memorial (where he finished second). Wise also has a sizzling flat stick that just got him +4.6 and +4.9 shots on the field at Jack’s place and previously at the PGA Championship.

Hoge has now missed two consecutive cuts after a nice early 2022 run that included his win at Pebble, 14th in Phoenix, 17th at the Byron Nelson, and a very impressive ninth-place finish at the PGA Championship.

Hoge just kept bouncing back in the difficult, U.S. Open-like conditions at Southern Hills. So, it’s no surprise to see that he ranks ninth in the field this week for bogey avoidance over the last 50 rounds.

We also don’t mind the extra rest he got after missing the cut at Memorial and skipping the Canadian Open.

Fitz is on a lot of tickets to win this week and his outright number has fallen as low as 22/1 at some books. So, 18/1 for this prop at DK is very enticing, considering the likelihood of a stacked leaderboard of these five elites at the end.

Fitzpatrick just finished 10th at the RBC Canadian Open, where he held the lead earlier in the week. He also finished Top 5 at the PGA Championship and second at Wells Fargo. Both of those really could have been won if Matthew had kept it together on Sunday.

His stats are impressive across the board, and he’s now gained multiple shots both off the tee and on approach in six consecutive tournaments. Fitzy also ranks first in the field in bogey avoidance and 10th in double bogey avoidance over the last 24 rounds. So, his game arguably suits this course even better than the elites he won’t have to beat in this bet.

Could good vibes and comfort from his 2013 U.S. Amateur win at Brookline give him the boost to actually close out a win? Possibly, but we’re just banking on the status quo for Fitzpatrick rather than challenging the five bigger stars that it excludes. 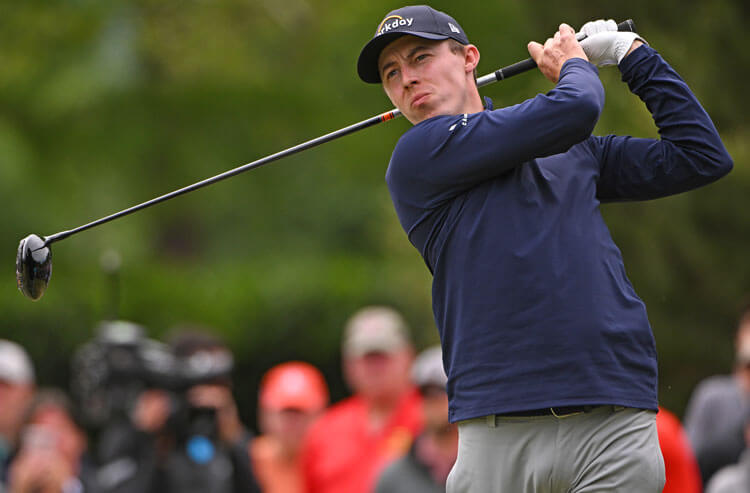