NFL betting for Week 1 of the regular season has had plenty of time to marinate. Even with the shutdown, bettors have jumped on NFL odds for opening weekend, leading to some noteworthy line moves.

DraftKings Sportsbook’s Johnny Avello and The SuperBook at Westgate’s Derek Wilkinson provide insights on NFL Week 1 odds and action, including popular picks and sharp bets on both point spreads and totals.

Who are people betting on the point spread in NFL Week 1?

A big mover at DraftKings is an NFC East clash between the Philadelphia Eagles and Washington Redskins. The visiting Eagles opened -3.5 and stretched to -6.5, before ticking back to -6 this week.

“The Eagles beat this team twice last year, and the second time was at Washington,” Avello said, alluding to a 37-27 win in which Philly scored 20 fourth-quarter points. “Plus, remember we’re in a jurisdiction where we see pretty good Eagles play. The bettors thought -3.5 and -4.5 were cheap prices.”

Indeed, DraftKings draws substantial Philadelphia money from Pennsylvania and New Jersey markets. So far, the Eagles are drawing 81 percent of tickets and 81 percent of money bet on the point spread.

Avello pointed to three other games on the move: Pittsburgh Steelers from -2.5 to -4 at the New York Giants, Los Angeles Chargers from -2.5 to -3.5 at the Cincinnati Bengals, and the New England Patriots – no longer with Tom Brady – dipping from -7.5 to -6.5 against the Miami Dolphins.

“That’s an interesting game,” Avello said of a matchup in which Miami is landing the overwhelming majority of early tickets and money, at 91 percent and 95 percent, respectively. “The Patriots are at home, but you look at the Dolphins, and they give this team trouble at least once a year. The Dolphins had a great draft, have good-quality players, played well at the end of last season, so there’s a lot of momentum there. And there are a lot of unknowns without Brady, so that’s the reason for the play.”

Meanwhile, at The SuperBook, the Indianapolis Colts ticked from -8 to -7.5 (even) on sharp bets picking off a higher-than-market number.

“We took a few wagers on the Jags +8 from wiseguys looking to get a middle because some other books opened -6.5 or -7,” Wilkinson said. “We still like the Colts, so we’ll stay higher than the market on them.”

The SuperBook saw a similar situation on the Tennessee Titans at Denver, with the Broncos opening -3 for the second game of a Monday night doubleheader.

“We’re at -2.5 right now because of some wiseguy action on the Titans,” Wilkinson said. “They’re doing the same thing, trying to get a middle between us and other books with lower numbers. We still like the Broncos in that game, and we anticipate the line getting back to -3 at some point.”

At DraftKings, two of the bigger totals on the move are in games also seeing point-spread movement: Steelers-Giants from 48.5 to 47.5; and Chargers-Bengals from 46.5 to 44.5, which Avello elaborated on.

“Chargers-Bengals makes sense when you think about it,” Avello said, noting 81 percent of bets and almost all the money so far is on the Under. “First of all, it’s Week 1, we don’t know if fans are gonna be in the stands. Second, you’ve got a rookie QB (Cincinnati’s Joe Burrow) going against a good Chargers defense, and you’ve got no Philip Rivers throwing interceptions late in the game.”

Rivers, the longtime Chargers quarterback, moved to the Colts in the offseason.

Wilkinson said the Houston Texans-Kansas City Chiefs Thursday night season kickoff opened at a hefty total of 56 at The SuperBook, then ticked to 55.5. And as at DraftKings, The SuperBook tightened the Chargers-Bengals total.

“That opened 45.5, but is now down to 44.5 because of some wiseguy bets,” Wilkinson said. “As the season gets closer, that number will probably go up just because the public tends to favor the Over in games with relatively low totals.” 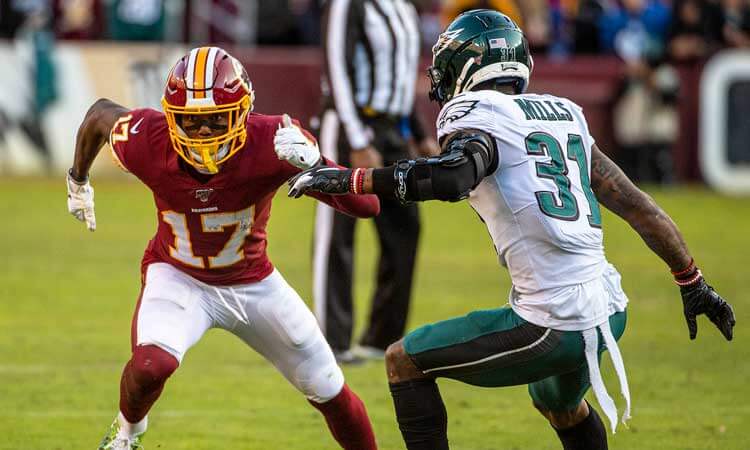