Cody Stamann vs. Said Nurmagomedov is on the main card at UFC 270. The Dagestani fighter comes in as the favorite, but our UFC picks highlight why underdog Stamann could prove to be a tricky bout for Nurmagomedov.

Cody Stamann vs. Said Nurmagomedov is on the main card for UFC 270 betting on Saturday, January 22.

This should be an intriguing fight between a pair of bantamweights looking to break into the Top 15. UFC betting lines have Nurmagomedov installed as a -188 favorite while Stamann comes back at +162

Here are our best free Stamann vs. Nurmagomedov picks and predictions for UFC 270 on January 22 from the Honda Center in Anaheim, CA.

Odds courtesy of FanDuel Sportsbook as of January 20, 2021.

Cody Stamann will try to rebound from back-to-back unanimous decision losses to Merab Dvalishvili and Jimmie Rivera. He entered the UFC in 2017 with high expectations but after reeling off three straight wins in the promotion, his career has hit a bit of a snag.

The 32-year-old is just 2-3-1 in his last six fights, with wins against Brian Kelleher and Alejandro Pérez and a draw against Song Yadong. Stamann has solid boxing ability but his bread-and-butter is his wrestling, averaging 2.8 takedowns per 15 minutes at a 44 percent clip.

Said Nurmagomedov hasn't fought since October of 2020 when he knocked out Mark Striegl in the first minute of the fight. The 29-year-old from Dagestan has won eight of his last nine bouts and is 3-1 in the octagon, with his only loss in the promotion coming against the underrated Raoni Barcelos in December 2019.

Even in that defeat to Barcelos, Nurmagomedov looked like the better striker and his kickboxing is his biggest strength. He throws punches, kicks, and elbows from a variety of different angles and combines high-volume with unpredictability and power.

Stamann vs Nurmagomedov tale of the tape

Despite his last name and Dagestani background, Nurmagomedov is not related to Khabib and he's no wrestling specialist. While he is solid off his back and good on scrambles, he'll need to rely on his stand-up to win this match and there's no guarantee he'll be able to pull that off.

Stamann is a tough customer that has never been knocked down and is able to turn his bouts into grind-out (albeit sometimes boring) battles. Besides the loss to Barcelos, the quality of Nurmagomedov's opponents hasn't been great, with Mark Striegl and Justin Scroggins (by split decision) both below average at this level.

Another factor to consider is Nurmagomedov's lack of activity, since he hasn't fought in 15 months. Stamann has the ability to make this fight ugly and close which gives him the betting value as the underdog.

Stamann is not the sort of wrestler that's going to pulverize opponents with ground-and-pound or hunt for submissions. Instead, he looks for control and positioning where he can grind away on his foes both on the mat and against the cage.

It's also worth mentioning that Stamann is big for this weight class and has recently competed at featherweight while Nurmagomedov is lankier and made his promotional debut at flyweight. There could be a stark size difference in this matchup which could see the stockier Stamman gain an advantage when looking to pin his opponent.

With all five of Stamann's UFC wins coming by decision and eight of his nine fights in the octagon going the distance, you may as well bet on him to win by points if you like him as an underdog play. 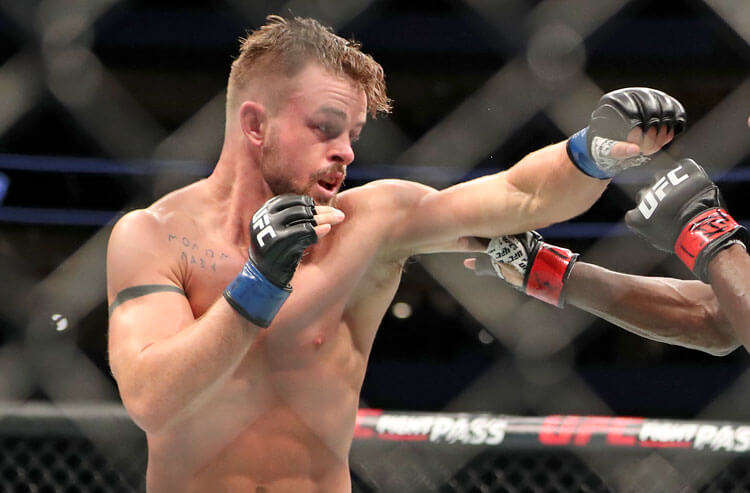