In part three of this fight trilogy, Brandon Moreno has the edge in multiple areas. He's younger, faster, and incredibly durable. Figueiredo has the power advantage, but we like Moreno to win again, likely by submission or points, in our betting picks. 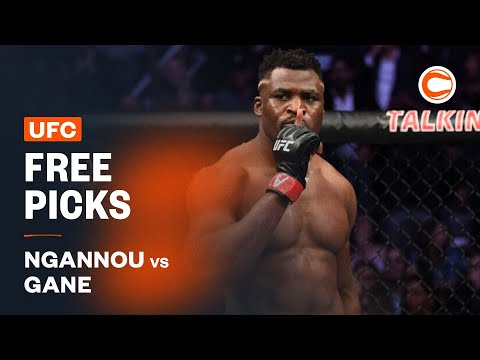 Brandon Moreno vs. Deiveson Figueiredo is the co-main event for UFC 270 betting on January 22.

The third part in a movie trilogy can often disappoint but don't expect a letdown here as Figueiredo and Moreno battle for the flyweight title for the third time in the last 13 months.

UFC betting lines closed with Figueiredo as a -325 favorite in the first meeting, shortened to -250 for the rematch, and have shifted to favor Moreno at -170 for UFC 270 after he won the belt last summer.

Here are our best free Moreno vs. Figueiredo 3 picks and predictions for Saturday, January 22 from the Honda Center in Anaheim, CA.

Odds courtesy of FanDuel Sportsbook as of January 17, 2021.

Brandon "The Assassin Baby" Moreno claimed featherweight gold with a third-round submission of Figueiredo at UFC 263 last June, following a draw between the two fighters at UFC 256.

Moreno is 5-0-2 in seven fights since returning to the promotion in 2019, with his other draw during the span coming against current No. 2-ranked flyweight contender Askar Askarov.

Despite being just 28 years old, Moreno has 26 MMA fights under his belt and three of his five career defeats came when he was still a teenager. He's a very well-rounded fighter who combines high-level grappling with crisp boxing and a granite chin.

Deiveson Figueiredo looked lackluster in his previous loss to Moreno but he would have likely won the first bout had he not been deducted a point for a low blow.

Prior to facing Moreno, Figueiredo had won five fights in a row. He won the 125-pound title with a first-round finish of Joseph Benavidez in 2020 and successfully defended his belt with a first-round submission of Alex Perez later that year.

Figueiredo is 9-2-1 at the UFC level with seven of his nine wins coming via finish. The man nicknamed "Deus Da Guerra" (Portuguese for “God of War”) has massive size and power for this weight class, along with top-notch submission skills.

Moreno vs Figueiredo 3 tale of the tape

The first fight margin between these two was razor-thin but the rematch last summer wasn't close. Moreno was far more active and accurate in his striking during the opening frame despite Figueiredo's reputation as a fast-starter. Moreno also likely won the second round with his transitions and scrambles before finishing Figueiredo in the third.

Additionally, Moreno is just entering his prime at 28 while Figueiredo is 34, an age when most fighters in lighter weight classes begin to decline. Figueiredo has struggled to make weight at 125 over the last few years and those cuts will only get tougher the older he gets. It's hard not to see those brutal cuts sapping Figueiredo's explosiveness and durability and we may have seen that with how much faster and sharper Moreno looked in that last bout.

Figueiredo's power seems to be his biggest advantage in this division but we've seen Moreno take some of his best shots and just keep going like the Energizer Bunny. Moreno's pressure and the quickness of his jab never allowed Figueiredo to get into a rhythm in June and his all-around skill set will help him to get another win this weekend.

Moreno is capable of winning this fight wherever it goes. In his last six victories, he has two wins by KO/TKO, two by submission, and two by decision, so it's tough to find an edge with any of the method to win props.

That said, knocking out Figueiredo will probably be the toughest thing to do for Moreno, who has only three wins by knockout in his career.

Yes, Moreno dropped him in the first round in June but Figueiredo didn't appear to be in any real trouble. And when Moreno tried to follow up with strikes, he almost got caught in one of those dangerous guillotines that Deus Da Guerra is known for.

That was actually the first time in 12 UFC fights that Figueiredo had even been knocked down and I'm not sure Moreno has the raw power (or the recklessness) to go in for the kill with strikes. So, let's eliminate that possibility and take Moreno to win by points or submission at plus money.