All eyes in Group E will be on Spain and Germany, as the two powerhouses jostle for position ahead of the knockout stages. In Spain's opener vs. Costa Rica, our World Cup picks are expecting a vintage performance.

Spain face Costa Rica this afternoon at the 2022 World Cup in Wednesday's final Group E game. With Germany meeting Japan earlier in the day, it should define this game. If Germany win, then it’s imperative that Spain match their result and ensure they remain the group favorite in World Cup odds.

Spain come in as big favorites but could we see a shock? Don’t miss our Spain vs. Costa Rica World Cup picks and predictions to find out.

It’s hard to find value in this game, with Spain being such overwhelming favorites, so we’re having to be a little creative to find a market worth putting our money on.

Spain are likely to start with Alvaro Morata up front. The journeyman striker has played for some of the biggest clubs on the planet but it feels like he’s never really found a home and can never quite cement his position at any of these leading clubs. He’s a very talented player but one who often struggles to find the back of the net.

You’d think with the players around him, there’ll be chances to change that perception in this World Cup. Behind him will be Barcelona trio Sergio Busquets, Pedri, and Gavi, who’ll keep possession and play smart passes into him. Ferran Torres is likely to be on one wing with Pablo Sarabia potentially on the other flank, having played frequently in recent games.

Spain will win this game. They have too much quality and they’ll be able to tire and strangle the Costa Ricans in 80-degree temperatures. Costa Rica’s best chance of winning this game, and the tactic they’ll play, will be to sit back and look to play ultra-conservatively, hitting Spain on the counter. This is a game that they’ll be going out to avoid losing, rather than winning.

Given that Spain have struggled for goals recently, only scoring six times in their past four games despite playing weaker teams such as Switzerland and the Czechia, I think they may struggle to break down a Costa Rica team who’ll look to frustrate them, and Morata isn’t an Erling Haaland-type who’ll only need one shot to score.

Given what we know of Spain’s lack of goalscorers and the conservative style of Costa Rica, the smartest play for this game is to back Spain to win and Under 2.5 at +187.

B) Spain to win and both teams to score BOOSTED to +350 at Betway! Bet Now

Spain vs Costa Rica side analysis

We’ve touched upon the Spanish attack and it’s one that, while technically gifted, is largely full of creative players, rather than those with killer finishing instincts. This is a problem that could hurt Spain in later games, especially in the knockouts, but it’s unlikely to hurt them here.

Spain have good defensive players, with Pau Torres and Aymeric Laporte likely to start at the back, a duo that will both keep Costa Rica out and be able to use their ballplaying ability to help build attacks.

Spain’s strength is their incredible skill in retaining possession and there aren’t many midfields in Qatar that will be so adept at recycling the ball and using their passing to tire the opposition.

Costa Rica keep things tight at the back and with Keylor Navas in goal, they have a top-level shot-stopper. They allowed just eight goals in 14 qualifying games, which shows just how good they are at thwarting the opposition.

Spain will win but they’ll only put the sword to Costa Rica later in the game when they use their ability on the ball to take advantage of tired defenders.

Spain don’t have many players who are lethal in front of goal, as evidenced by Alvaro Morata’s strange career. Spain are capable of big wins but in the opening game, I expect them to be slow out of the blocks and to struggle to break down Costa Rica’s low block.

Costa Rica only scored 13 goals in qualifying which, considering they played the likes of Honduras, El Salvador, and Jamaica, shows how poor they are in front of goal. They won’t score against this Spanish defense, so we’ll take Under 2.5 and hope the Spaniards have a bad day in front of goal.

Spain: None.
Costa Rica: None. 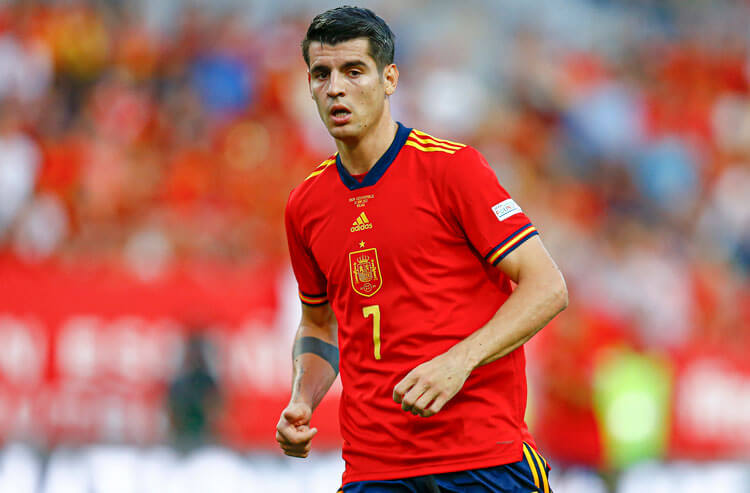